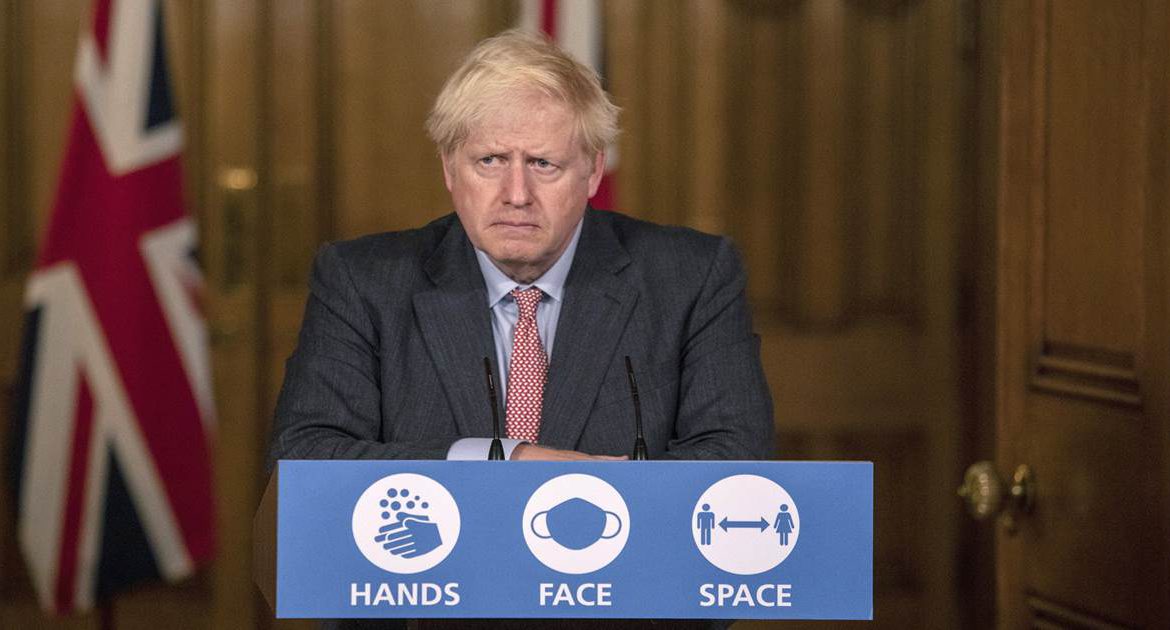 LONDON — As news of President Donald Trump’s shock diagnosis with Covid-19 spread Friday, the experience of United Kingdom Prime Minster Boris Johnson, who tested positive six months ago, could offer a clue to what might come next.

Johnson, 55, announced on March 27, at the height of the pandemic in the U.K., that he was suffering “mild” symptoms and would self-isolate while continuing to work. He was thought to be the first world leader confirmed to have contracted Covid-19.

He kept in contact with ministers through what he called the “wizardry of modern technology,” and 10 Downing Street, his official residence and personal office, maintained that he was in control.

Then, on April 6, Johnson was rushed to a London hospital on the advice of his doctor before being placed in an intensive care unit. He spent a week in the hospital and received oxygen treatment but was not put on a ventilator. Queen Elizabeth II was kept informed of his status, Buckingham Palace said.

Foreign Minister Dominic Raab, who deputized in Johnson’s absence, said at a news conference the next day that Johnson was still in control of the government — but he admitted that he hadn’t spoken to him since before his hospitalization.

On his release, and as he began a period of recuperation at his house in the English countryside, Johnson won praise for a heartfelt message in which he thanked the National Health Service for “saving my life.” Referring to how serious his condition was, Johnson said, “It could have gone either way.”

Brazilian President Jair Bolsonaro wears a protective mask at a ceremony in May. He has tested positive for the coronavirus.Andre Borges / Bloomberg via Getty Images file

It wasn’t until April 27 that Johnson finally returned to work. Johnson has dismissed media speculation that the illness has given him long-term symptoms, saying Tuesday that he was “fit as a butcher’s dog.”

The U.K. has the highest number of Covid-related deaths in Europe with more than 42,000, also making it the fifth worst affected country in the world, with a substantially smaller population than the countries ahead in the list: Mexico, India, Brazil and the U.S.

Johnson’s illness was a wake-up call for Britons, many of whom were skeptical about the severity and threat of the virus.

And it brought into sharp relief the criticism that the U.K. was far too slow to react to the pandemic. Johnson was personally attacked for a cavalier attitude to the virus: He boasted at a news conference March 3 that he had been shaking hands with people at a hospital overloaded with coronavirus patients.

It later emerged that the government’s own scientific advisers had by that point privately called for a public warning against hand-shaking. The prime minister’s spokesperson said he didn’t see the advice.

A conservative libertarian who has railed against government interference and the “nanny state” in newspaper columns and speeches, Johnson was reluctant to order a national lockdown.

Jeremy Hunt, a senior lawmaker from Johnson’s own Conservative Party and a former longstanding health secretary, told the BBC on March 13, in reference to strict lockdowns in Italy and elsewhere in Europe, it was “surprising and concerning that we’re not doing any of it at all.”

At the same time, Rory Stewart, a former Conservative lawmaker who led the U.K.’s response to the Ebola outbreak in Africa in 2019, said that Johnson’s approach was “defeatist.”

“They say there is no point in spending a huge amount of money trying to suppress this, instead they are trying to manage the increase. We are taking far too much risk. I think that is a dangerous thing to do. I don’t think if we allow this to spread it can be managed in that way.”

As pubs, restaurants and shops all announced closures, Johnson still stopped short of national action until a lockdown was confirmed on March 23.

Trump joins a growing list of current and former world leaders to have contracted the virus.

Brazilian President Jair Bolsonaro — who had for months downplayed the severity of the pandemic — announced his illness in July. Like Trump, he promoted the use of the malaria drug hydroxychloroquine to fight Covid-19. Brazil has the third-highest number of coronavirus infections, approaching 5 million.

Juan Orlando Hernández, the president of Honduras, announced in June that he and his wife had tested positive, and Guatemalan President Alejandro Giammattei tested positive in September.

Patrick Smith is a London-based editor and reporter for NBC News Digital.