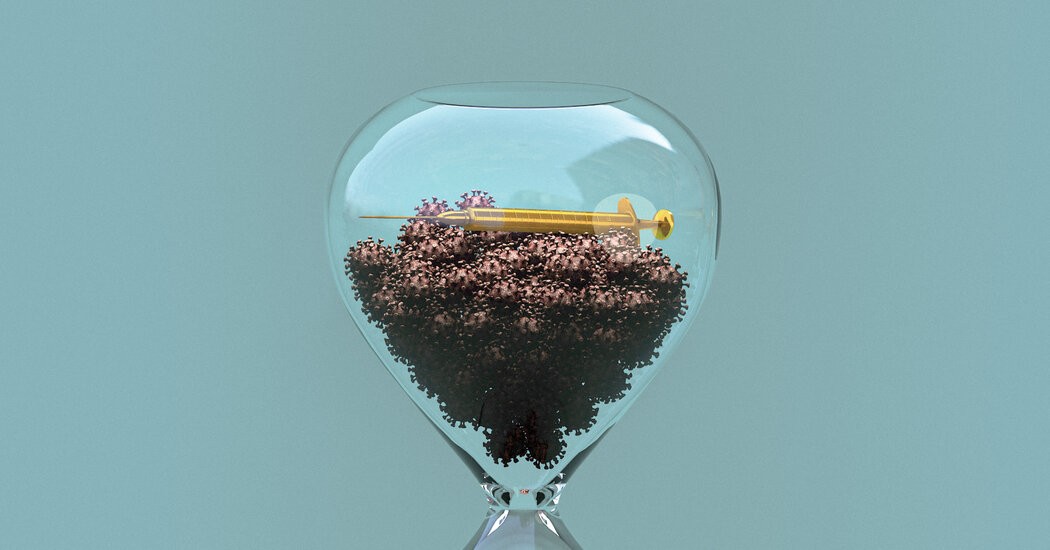 This is partly the case because trial drugs are usually evaluated based on whether they lower cases of hospitalization. But hospitalization rates may not be the only, nor the best, endpoint for clinical trials — not when time is pressing. Hospitalization rates for Covid-19 patients involved in early-treatment trials in the United States have tended to be below 5 percent, which means that a study that hopes to demonstrate a statistically significant difference between a drug and a placebo requires the participation of more than 1,000 people.

Endpoints other than lower hospitalization rates could be set for assessing trials; one of them could be determining whether certain drugs shorten the duration of patients’ symptoms. Such criteria would allow for still rigorous but much speedier testing involving, say, fewer than 100 participants. Smaller, nimbler studies would also promote comparison among a greater breadth of promising medicines, all with an eye toward getting effective drugs to the market as quickly as possible.

The most crucial area where the search for perfection could come at the expense of the greater good is the development, assessment and licensing of vaccines.

As with antiviral therapies, a vaccine should not be distributed to the public without its safety and efficacy having first been demonstrated in randomized double-blind, placebo-controlled clinical trials. But at issue, again, is how we choose to define efficacy.

The U.S. Food and Drug Administration typically approves vaccines that are at least 50 percent effective at preventing a disease. But even a vaccine less effective than that could substantially lower the number of cases of coronavirus infection and Covid-19-related deaths, if it were rolled out fast enough and given first to the people most likely to get infected or to infect other people. As others have argued, vaccines don’t just prevent a disease; they can stop the pathogen that causes it from being transmitted.

Mass immunization programs benefit not only the people who are vaccinated, but also everyone else, since they are less likely to come into contact with an infected person. For example, the widespread inoculation of children in the United States with a vaccine for the pneumococcus bacterium, a common cause of pneumonia, has been shown to curb deaths and hospitalizations from the disease among adults.

Similarly, some of the people most at risk of developing severe cases of Covid-19 — the elderly, the immunocompromised — may not adequately respond to a vaccine. But they could nevertheless be shielded by one if a sufficient proportion of the total population were inoculated with it.

Don't Miss it Got the sniffles? No reason to get a COVID-19 test to return to Toronto schools
Up Next Covid-19: China's dilemma over wild meat trade – BBC News