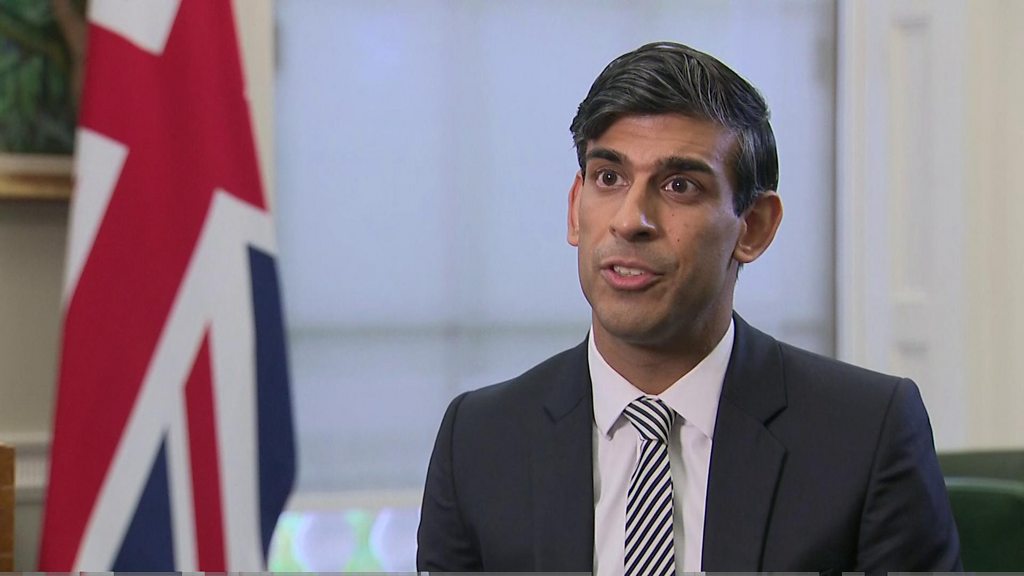 Employees who work for UK firms forced to shut by law because of coronavirus restrictions are to get two-thirds of their wages paid for by the government.

The scheme will begin on 1 November and run for six months, with a Treasury source saying it could cost hundreds of millions of pounds a month.

Chancellor Rishi Sunak said it would be a safety net for staff and businesses.

A restrictions update, which could see pubs and restaurants shut in the worst-affected areas, is expected on Monday.

Regional leaders have called for more help for struggling firms.

But the scheme will only apply to businesses told to close – rather than those who choose to shut because of the impact of Covid restrictions.

The support will be reviewed in January. Until November businesses that are asked to close can continue to use the furlough scheme.

The grants will be paid up to a maximum of £2,100 per employee a month and the Treasury said they would protect jobs and enable businesses to reopen quickly once restrictions are lifted.

Mr Sunak acknowledged his announcement came “in advance of what may be a difficult winter”.

In addition, for businesses forced to close in England, the chancellor announced an increase in business grants – with up to £3,000 a month paid every fortnight.

The Treasury says the devolved administrations in Scotland, Wales and Northern Ireland will receive increased funding allowing them to bring in similar measures if they choose to.

The CBI business lobby group said it “should cushion the blow for the most affected and keep more people in work”.

“But many firms, including pubs and restaurants, will still be hugely disappointed if they have to close their doors again after doing so much to keep customers and staff safe,” added CBI boss Dame Carolyn Fairbairn.

Federation of Small Businesses boss Mike Cherry said the extra help for closed businesses would be “welcomed by thousands of small businesses”.

The chancellor described Friday’s announcement as “a very different scheme to what we’ve had before, this is not a universal approach, this is an expansion of the job support scheme specifically for those people who are in businesses that will be formally or legally asked to close”.

Asked whether the announcement suggested the government was going to ask businesses, such as those in hospitality, to shut, Mr Sunak said: “The rise in cases and hospital admissions in certain parts of the country is a concern.

“It’s right the government considers a range of options… but it’s also right they engage with local leaders.

“That is what’s happening this afternoon and over the weekend so those conversations can happen and collectively we can decide on the appropriate response.

It is a sign of how quickly the coronavirus situation has soured that the chancellor is having to return to a policy he thought he’d parked less than two weeks ago when he announced his Winter Economic Plan.

The government insists this is not a re-tread of the furlough scheme, which is due to expire at the end of this month, but in all important aspects this is furlough mark two.

The crucial bit is that small employers will not have to make any contribution to their workers’ wages if they are legally forced to shut down.

Larger businesses will have to contribute around 5% of employee costs in the form of National Insurance and pension contributions.

The reason for that is simple – those measures applied to businesses that were allowed to be open. This new scheme only applies to businesses which are not.

Other questions are not simple – who will be eligible? What about businesses that were never allowed to reopen since March?

Will it be applied by postcode? Will you be able to walk 10 minutes down the road to go to the pub that is open but having to pay 55% of staff wages when it’s less than half full?

And perhaps most importantly for the expected “beneficiaries” of this scheme – the hospitality industry – how strong is the evidence on which this policy is based and can we see it in detail?

The Job Support Scheme, which will replace the furlough scheme from 1 November, will see eligible workers get three quarters of their normal salaries for six months.

To be eligible, employees must be in a ”viable job” where they can work for at least one-third of their normal hours.

For the hours not worked, the government and employer will each pay one-third of the remaining wages. This means the employee would get at least 77% of their pay.

A tiered system of measures for England is expected to be announced by Monday, in an effort to stall rising infection rates, to replace the patchwork of existing rules across the country.

Under the new system, different parts of the country would be placed in different categories – although ministers are still discussing the precise details.

Pubs and restaurants could be closed in the worst-affected areas, while a ban on overnight stays is also being considered.

Good morning, and welcome to our rolling coverage of the world economy, the financial markets, the eurozone and business. China…