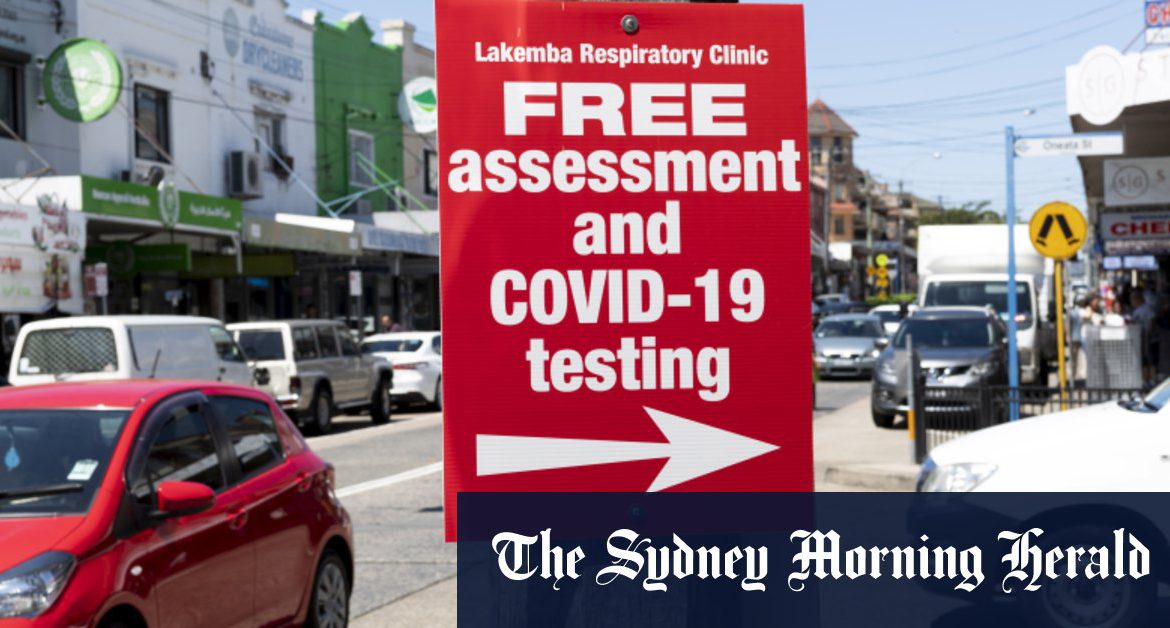 On Tuesday afternoon a public health alert was issued for venues including the IKEA in Tempe on October 7 between 1.30pm and 5.30pm and Fantastic Furniture in Campbelltown on Friday, October 2, from 3.30pm to 5.30pm, after those venues were visited by positive cases.

Anyone who visited those venues is considered a casual contact and must monitor for symptoms.

While the government was concerned about emerging clusters, Ms Berejiklian said she and her ministers felt confident enough to ease restrictions.

From Friday, outdoor venues will be allowed to have one person for every two square metres, as long as the venue is using an electronic QR code system to keep track of patrons. The four-square-metres rule remains for indoors.

Outdoor performances for music and the arts have also received a boost, with up to 500 attendees allowed as long as people remain seated and there is four square metres of space per person.

Health Minister Brad Hazzard said the changes would not only be good for the economy, but also make “a huge difference to the ambience of Sydney and indeed NSW”.

NSW Premier Gladys Berejiklian announced some restrictions would be easing on Friday.Credit:Nick Moir

“How fantastic is it that we can now have up to 500 people outside enjoying their music,” he said.

Five of the local cases confirmed on Tuesday were members of the one household. NSW Chief Health Officer Dr Kerry Chant said that cluster was identified through investigations into another group of cases which include a nurse from St Vincent’s Hospital.

“As you can see those individuals that came forward for testing have allowed us to trace back and identify many, many cases, and prevent those ongoing routes of transmission in the community,” she said.

Testing numbers remain low, with 8609 tests to 8pm on Monday, up from 7391 the day before. Ms Berejiklian said she wants to see those numbers increase.

“We are seeing now an increase in community transmission and we do need to keep and eye out for that,” she said.

One of the cases reported on Tuesday was a disability support worker who worked with seven clients at three group homes in south-western Sydney.

Another new case was a child who attended the Great Beginnings Oran Park childcare centre on October 1, 2, 8 and 9 while infectious. The centre has been closed and contact tracing has begun.

NSW Health was still investigating the link between the two cases in GPs who worked at A2Z Medical Centre in Lakemba, and other known clusters.

The GP cases, which were announced on Monday afternoon, were connected to a previously reported case in a patient who had also attended Lakemba Radiology.

NSW Health has not revealed how many staff or patients were in isolation due to those cases, and so far those three cases had no known link to other clusters.