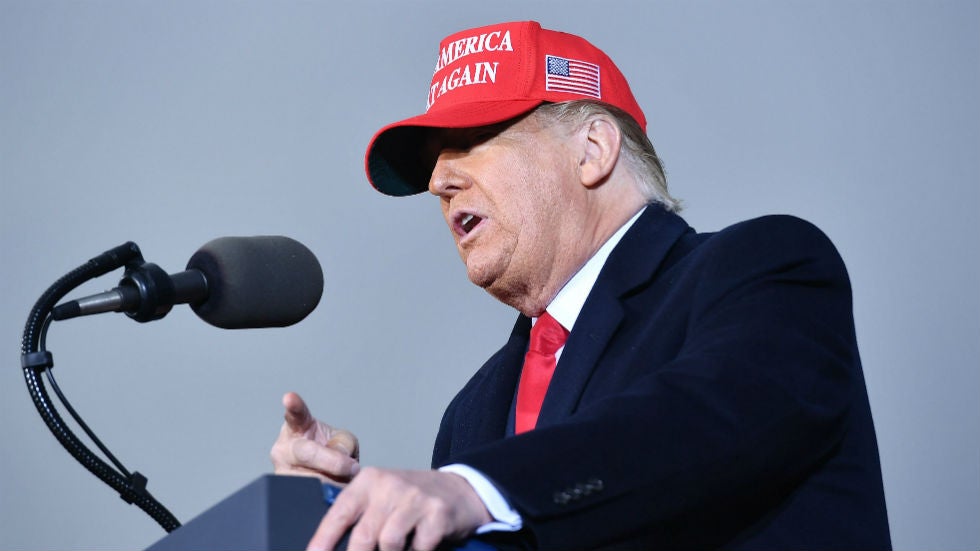 While speaking to a crowd of supporters at his rally in Muskegon, Mich., Saturday evening, Trump brought up the California senator after making claims that the “radical left” was “eradicating our history” by calling for statues of historical figures including George Washington and Thomas Jefferson to be taken down. Both of these figures were tied to slavery.

“Now what about his vice presidential candidate? And by the way—” Trump said, pausing as his crowd began to boo.

“By the way,” the president continued, “I hope she’s in good shape, because a number of people in her group have caught COVID, COVID as they say, so we all wish her best.”

“But she’s now, I guess, she’s in seclusion right?” Trump, who temporarily left the campaign trail following his coronavirus diagnosis earlier this month, asked the crowd.

Harris had suspended her campaign travel this week after she was informed about her staffers’ diagnosis out of an abundance of caution.

The campaign announced Saturday afternoon that she will be returning to the campaign trail on Monday with trips planned to Orlando and Jacksonville, Fla., for the first day of in-person early voting in the battleground state.

Biden campaign manager Jen O’Malley Dillon said in a statement Thursday that while neither infected campaign staffer was in close contact with Harris or Biden, Harris’s travel would be canceled through Sunday to minimize risk.

“Regardless, out of an abundance of caution and in line with our campaign’s commitment to the highest levels of precaution, we are canceling Senator Harris’s travel through Sunday, October 18th, but she will keep a robust and aggressive schedule of virtual campaign activities to reach voters all across the country during this time,” Dillon said in the statement.