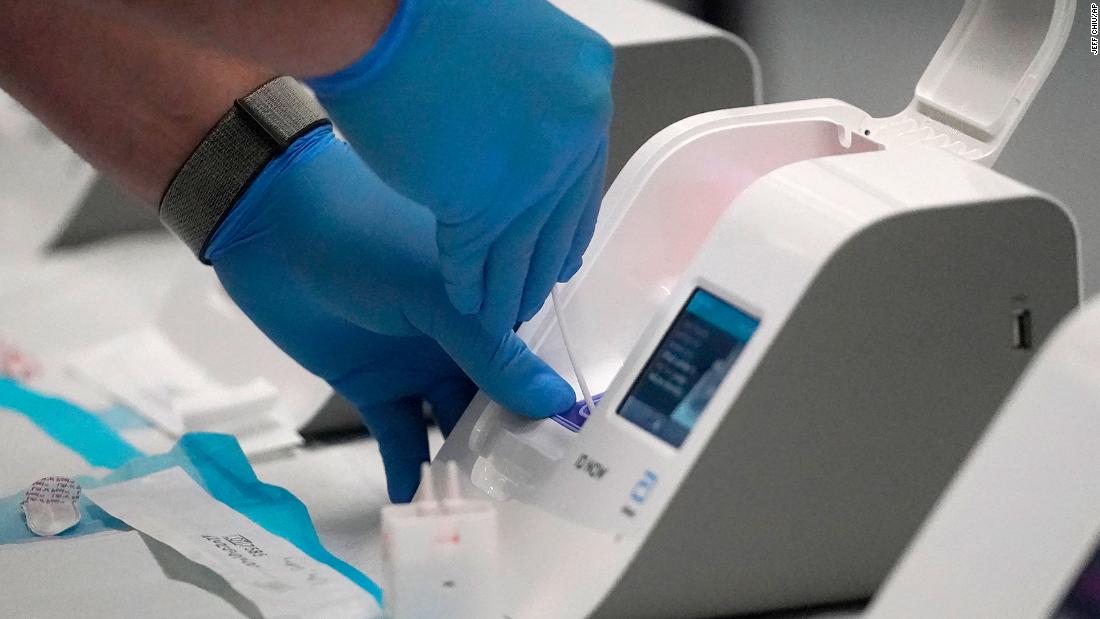 Health experts say the predicted fall surge is here, and rising cases across the US appear to bear that out. The US is averaging more than 55,000 new cases a day, and 10 states reported their highest single-day case counts on Friday. At least 27 states are showing an upward trend in the number of cases reported, according to a CNN analysis of data from Johns Hopkins University.

Osterholm highlighted the 70,000 cases of Covid-19 reported on Friday, which matched the largest number seen in the peak of the pandemic. Between now and the holidays, the US will see numbers “much, much larger than even the 67 to 75,000 cases,” he said.

Despite the climbing totals, Dr. Anthony Fauci, nation’s top infectious disease doctor, said a nationwide lockdown is not the way forward unless the pandemic gets “really, really bad.”

“No, put shutdown away and say, ‘We’re going to use public health measures to help us safely get to where we want to go,'” he said in an interview on CBS’ “60 Minutes” on Sunday night.

Instead of seeing restrictions as a roadblock to an open economy, Fauci said the fatigued American public should see public health measures as a way to safely keep it open.

On Monday, CNN medical analyst Dr. Celine Gounder said Americans must follow those public health measures, especially wearing masks, if they want to avoid a repeat of the spring.

“If we don’t take this seriously now, we are going to find ourselves in a very difficult position in just weeks to maybe a month or so,” Gounder told CNN’s John King. “Many of us in the health field are really steeling ourselves because we know what it was like back in March and April. Many of us have, frankly, PTSD from that experience and are very nervous about what we’re about to face, again, not having learned the lessons of that.”

Osterholm, however, said the lack of a coordinated government response is hampering efforts to stem the pandemic.

“So, what we have right now is a major problem in messaging,” he said. “People don’t know what to believe, and that’s one of our huge challenges going forward, is we’ve got to get the message to the public that reflects the science and reflects reality.”

As of Monday, there were more than 8.1 million cases and 219,891 coronavirus deaths in the United States, according to data from Johns Hopkins University.

Fauci looks to the FDA for vaccine safety

Public health measures will need to remain in place at least until a safe and effective vaccine is available. But Fauci, the director of the National Institute of Allergy and Infectious Diseases, said on Monday that it may be a challenge to get people to take the vaccine.

“It would be a terrible shame if we have — and I think we will have — a safe and effective vaccine but we’re not able to widely distribute it to those who need it,” Fauci said in a virtual event for the National Academy of Medicine on Monday.

People at the highest risk of Covid-19 should get a vaccine once one is shown to be safe and effective, whereas healthy young people could possibly consider waiting for another vaccine, Fauci told CNN Chief Medical Correspondent Dr. Sanjay Gupta on Monday.

It has long been anticipated that there will likely be more than one Covid-19 vaccine made available in the coming months.

Fauci said whether people should get the first iteration of vaccine depends on a number of factors, including each individual’s level of risk and how effective the vaccine is shown to be uniformly among different demographic groups.

“If you have an underlying condition and you find that you are in a high-risk situation, and you have a vaccine that’s of reasonable efficacy, I would go ahead and take that vaccine if you’re really at a higher risk. If you’re an otherwise very healthy young person, you might want to wait and see what the next iteration would be,” Fauci said.

When one is made available, Fauci said in the “60 Minutes” interview, he will take it after looking at the data and whether the US Food and Drug Administration has approved it.

But Osterholm said that vaccines won’t be available “in any meaningful way” until the third quarter of next year and even when they are, half the US population is skeptical of even taking one.

The vaccine development process has stirred controversy as politicians have called for one to be released quickly, prompting some to question whether the politicization of the issue will affect the safety and efficacy of a possible vaccine. But many health experts have said that the agencies in charge will hold to high vaccine standards.

“The commissioner of the FDA has been very public that he will not let politics interfere. We have an advisory committee to the FDA who are made up of independent people who I trust,” Fauci said. “Put all those things together, if the final outcome is that the FDA approves it, I will take it.”

In an open letter published Friday by Pfizer Chairman and CEO Albert Bourla, the company said it plans to apply for emergency use authorization from the FDA for its Covid-19 vaccine as early as the third week of November.

Once a vaccine is approved in the US, CVS and Walgreens pharmacies have been designated to help distribute free vaccines to long-term care facilities, federal officials confirmed.

New coronavirus cases have been climbing across nearly all of the country over the past week.

Florida’s daily case count has remained above 2,000 for six days in a row, CNN’s tally shows.

“We all know that church is a place that absolutely this killer can really thrive. We’re singing, we love to see all those that we love and that are in our church family with us,” Justice said. “It’s an absolute place where a lot of our elderly go and we’ve got to wear a mask, stay a pew apart, and from the standpoint of our elderly, you can get your services online or something like that.”

Over the weekend the significant surge in case counts continued, with counts reaching levels not seen since the middle of the summer surge. Sunday had 48,210 new cases nationwide, which is the second most reported cases for a Sunday since July 26.

The seven-day average of new cases has climbed above 56,000, a level not seen in the past 12 weeks, and is 14% higher week over week, according to John Hopkins data.

Over the past two weeks, Chicago has been averaging 500 new cases daily, Mayor Lori Lightfoot said Monday. The city had one day of more than 800 new cases, the largest single-day number since May 21, she said.

Contact tracing revealed two out of three Chicagoans who tested positive for Covid-19 contracted the virus from someone they know, according to Dr. Allison Arwady, Chicago’s health commissioner.

“This is the second surge that Dr. Fauci and Dr. Arwady has been warning us about since March,” Lightfoot said. “We are now in it.”

Pennsylvania reported 1,103 new cases Monday, the 14th consecutive day in which the state has recorded more than 1,000 new cases in a single day.

Data compiled from voluntary responses submitted to Pennsylvania’s Covid-19 contact tracing app showed 50% of people who tested positive for Covid-19 had been at a restaurant recently before experiencing symptoms. 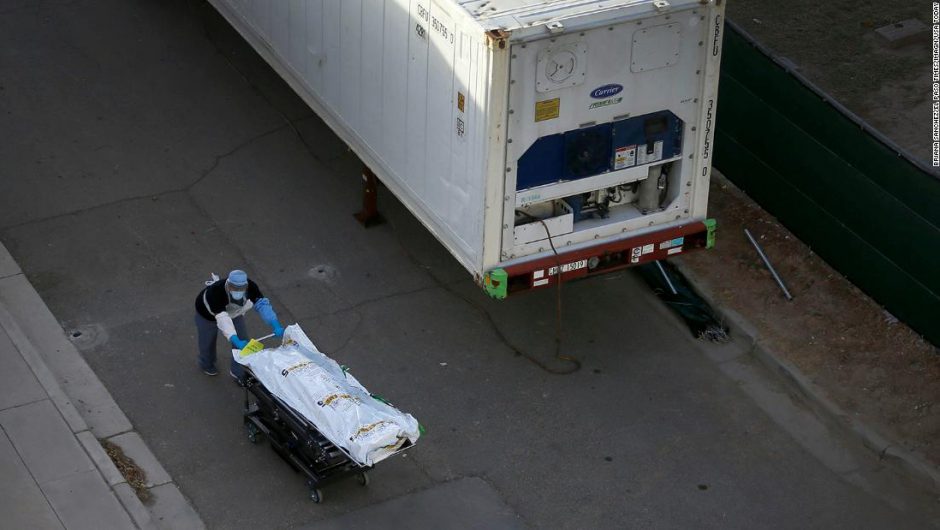 The most deaths in a single day were recorded April 15 — 2,603 people. The coming weeks are likely to… 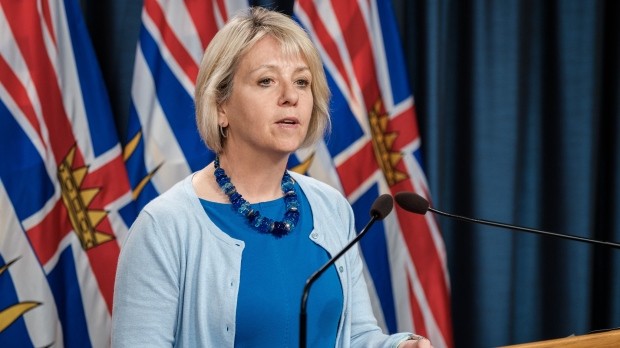 VANCOUVER — Health officials in B.C. are working with provincial and federal counterparts on who will receive the COVID-19 vaccine… 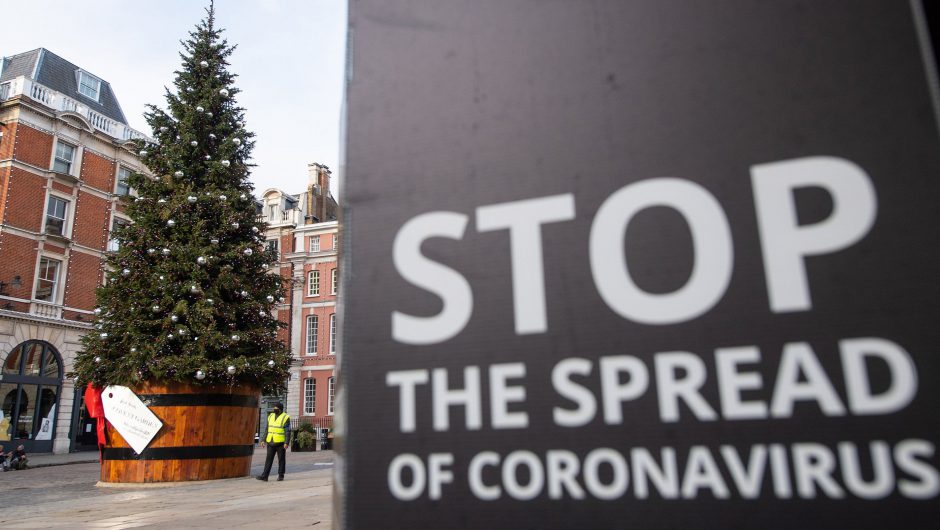 Despite the mounting costs of tackling the pandemic, the Treasury has already indicated that huge sums will be spent on…