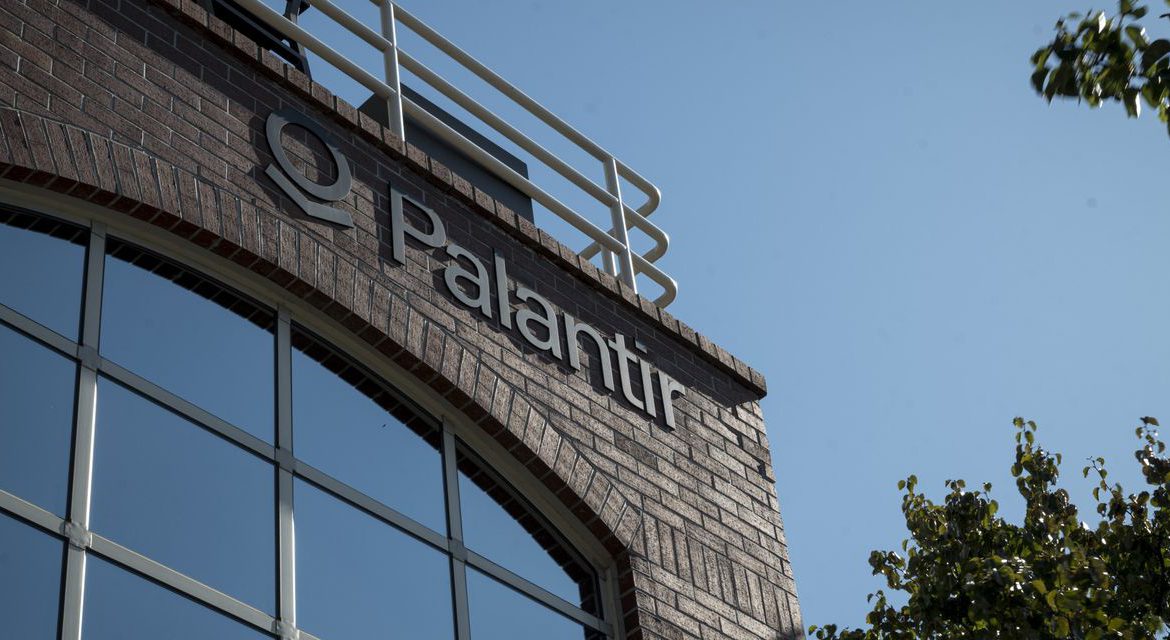 is helping the federal government set up a system that will track the manufacture, distribution and administration of Covid-19 vaccines, state and local health officials briefed on the effort said.

Palantir has been developing software that federal health officials would use to manage the various vaccine data and identify any issues that could prevent Americans from getting the shots, according to the health officials and materials reviewed by The Wall Street Journal.

The system, Tiberius, marks an attempt to use cutting-edge data science to help the federal government manage the work of protecting Americans against Covid-19.

Governments around the world are pushing to fast-track Covid-19 vaccines and drugmakers are speeding up what is usually a decadelong process. WSJ’s Daniela Hernandez explains the potential health risks linked to rushed vaccine development. Photo: Siphiwe Sibeko/Associated Press

It would build on work that Palantir, which was credited with helping the U.S. military track down Osama bin Laden and developed the software that immigration authorities have used to find illegal immigrants, has been doing for federal health officials tracking coronavirus hospitalizations.

State and local health officials who are setting up programs for vaccinating residents said the Tiberius system could further their efforts by, for example, identifying high-priority populations and then allocating shots to health-care workers, the elderly and others at highest risk of infection.

Yet Palantir’s involvement could draw fire from some Democrats and privacy advocates who have previously expressed concerns about the company gaining access to sensitive personal health information.

Another Palantir data collection and analysis tool, called HHS Protect, which is similar in scope to Tiberius and used by the U.S. Health and Human Services Department to track hospitals’ Covid-19 data, has been criticized by some for its complexity.

The state and local health officials said they were told during a recent briefing by federal counterparts that Palantir was involved in the effort. A spokeswoman for the Department of Health and Human Services said Tiberius uses Palantir technology, with Palantir serving as a subcontractor.

The Tiberius system won’t have access to personal health information, said Claire Hannan, executive director of the Association of Immunization Managers, whose members manage state and local government vaccination programs. An HHS spokeswoman said no personally identifiable information will be brought into Tiberius.

How can a Covid-19 vaccine be distributed equitably? Join the conversation below.

Development of the vaccine data system comes as several leading candidates are in the final stage of testing and nearing results about effectiveness and safety that could prompt the U.S. Food and Drug Administration to authorize wide use.

In preparation, federal health officials have asked state counterparts to begin planning for the distribution of any authorized vaccine doses as early as November, in what may become one of the biggest U.S. vaccination campaigns in decades and a key to allowing schools, businesses and other establishments to fully reopen.

State officials have drafted plans and were due to submit them to the Centers for Disease Control and Prevention by Oct. 16.

Tiberius uses the same software as HHS Protect, according to an HHS spokeswoman, which is Palantir’s Foundry tool. Foundry, which collects and analyzes data, is also used by the United Nations World Food Program to direct food where it is needed, similar to how it will be used to direct vaccines for Tiberius.

The Tiberius platform would take data from federal agencies, state and local governments, and drugmakers, distributors and others involved with Covid-19 vaccines, according to documents prepared by Palantir describing the system that the Journal reviewed.

The system would allow health authorities “to integrate a wide range of demographic, employment and public health data sets to identify the location of priority populations” and to “support allocation decision making,” the documents said.

The information is aimed at giving federal officials a real-time view of data about vaccines, from their testing to inventory levels and finally administration to people, the materials said.

Health officials can use analyses and maps created by the data system to plan distribution and make allocation decisions about vaccine doses, and to track delivery of vaccines to hospitals, clinics and other places giving the shots, according to the documents.

The materials include an example of a map of Alabama showing Covid-19 case trends by county. A second map overlays a vaccine-allocation scenario to see how it compares with case trends in the state.

Once vaccine doses become available, the Tiberius system is designed to allow officials “to proactively identify distribution bottlenecks, inventory constraints, and gaps in administration across key populations,” the documents said.

Tiberius could be a helpful tool for determining how many people work in health-care or nursing homes in Philadelphia and allocating initial doses to the high-priority groups, said Philadelphia Department of Health spokesman James Garrow.

Utah’s health department aims to use Tiberius to help plan how much vaccine to send to hospitals, clinics and doctors’ offices to target specific critical populations, and see how its vaccination campaign compares with those in other states, said Jon Reid, health informatics manager with the department.

Palantir, based in Denver, was co-founded by billionaire tech investor Peter Thiel, who serves as chairman. The company went public in September and netted a $21 billion valuation on the first day of trading.

Palantir typically provides custom software to clients to help them manage their own data, rather than taking ownership of the data itself.

The firm has long done work for the Defense Department and has worked for the U.S. Department of Health and Human Services and the agencies it oversees, such as the Centers for Disease Control and Prevention and the FDA.

Palantir has a contract with the Immigration and Customs Enforcement agency, which has used Palantir software to find undocumented immigrants in the U.S., its chief executive said in an interview last year.

Palantir’s federal health-related work includes two contracts worth a total of nearly $25 million to set up the system known as HHS Protect to track hospital data such as Covid-19 patients by age group, available beds, and protective gear on hand, according to an online federal database of government spending. The Tiberius system is “leveraging the same technologies” as HHS Protect, according to the documents.

Some health authorities and Democrats have criticized HHS Protect and a related data-collection tool, because they replaced a long-used CDC tool they knew well and because the tools haven’t always been up-to-date or provided useful analysis. The critics said the Trump administration could use control of the data to diminish the extent of reported Covid-19 cases in the U.S.  Supporters of HHS Protect say it is more modern and easier to update to handle new types of data compared with the old CDC tool.

In July, Sen. Elizabeth Warren and other Democratic lawmakers sent a letter to Secretary of Health and Human Services Alex Azar raising concerns that Palantir hadn’t disclosed what it planned to do with any personal health information collected through HHS Protect and whether any privacy safeguards were in place. The lawmakers also asked HHS for copies of all active contracts with Palantir.

HHS hasn’t answered that request, according to a person familiar with it.

Write to Peter Loftus at peter.loftus@wsj.com and Rolfe Winkler at rolfe.winkler@wsj.com

Don't Miss it Today’s coronavirus news: Tories launch another motion calling for review of Liberals’ handling of pandemic; Germany records more than 10,000 cases in a day
Up Next The Virus: The latest on the world's fight against coronavirus | ABC News