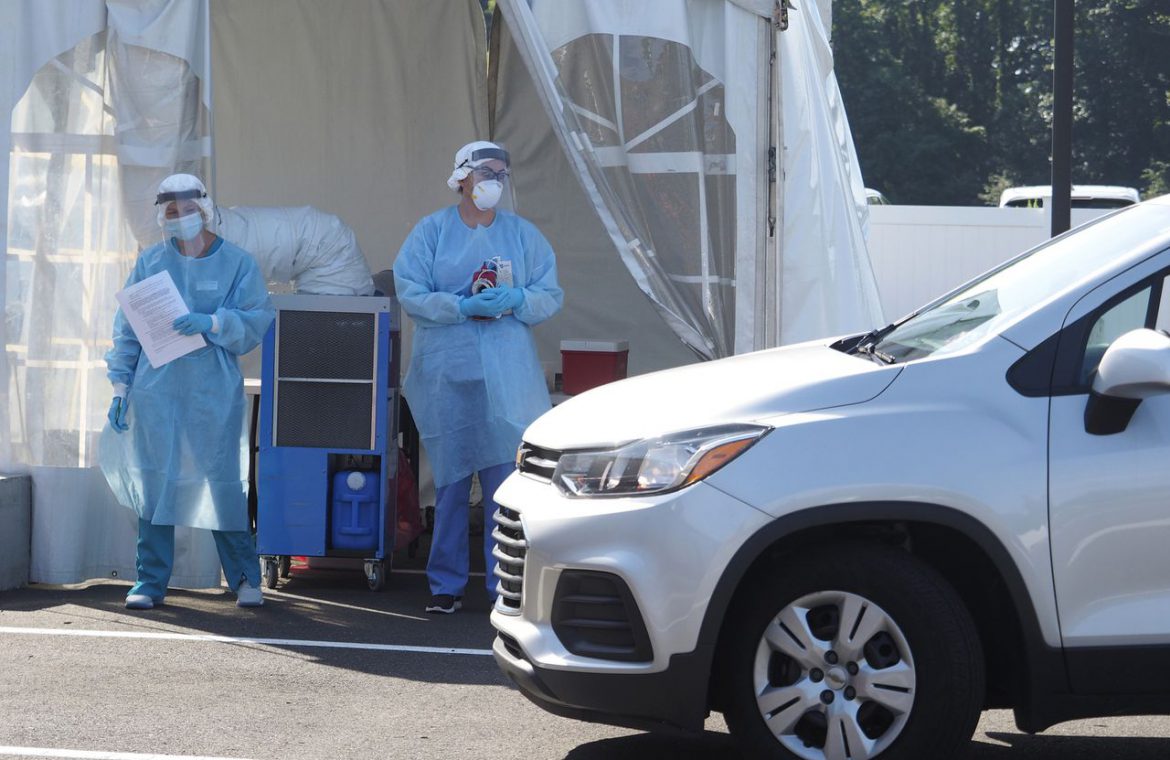 In a tweet marked “urgent update,” Gov. Phil Murphy released the latest coronavirus statistics, sounding an early alarm for steadily rising numbers in the coronavirus pandemic that were reaching levels not seen since May. The 1,994 cases on Saturday is the most new cases reported in a day since May 6, when 2,494 positive tests were announced.

There have been 8,887 new positive cases in the last week, according to state data.

“We haven’t seen daily case numbers this high since May,” Murphy said. “We’re still in the midst of a pandemic and need everyone to take this seriously. Wear a mask. Social distance.”

The rate of transmission rose slightly to 1.18 and remains above the key benchmark of 1 that indicates the outbreak is expanding and continues to do so. The transmission rate has been above 1 since early September.

The state’s 71 hospitals reported 886 patients as of Friday night, the fourth day with more than 800 people being treated and the highest number since July 14.

New Jersey has now reported 227,339 total COVID-19 cases out of nearly 4.3 million tests in the more than seven months since the state’s first case was reported March 4. The state of 9 million people has reported 16,281 deaths attributed to the virus in that time — 14,492 lab-confirmed and 1,789 considered probable.

Murphy is still under self-quarantine after he learned Wednesday that a senior staffer he had contact with over the weekend tested positive for the virus. A second senior staffer also tested positive, though all other tests including for Murphy and First Lady Tammy Murphy have been negative.

Murphy plans to take another test Saturday, he said. He will quarantine until at least Sunday.

Essex, Hudson and Bergen counties led the list of new cases with more than 100 each. That 371 cases in Essex is a big jump after a steady week of high numbers in that county.

New Jersey’s seven-day rolling average has increased to 1,270 new daily cases, a 50% increase from a week ago. That’s also high enough for New Jersey to hit its own population-based criteria for a coronavirus hot spot that would qualify for the state’s quarantine travel advisory. Murphy announced earlier this week that the quarantine list had to be adjusted as New Jersey and neighboring states started to hit the threshold, but has advised against all unnecessary interstate travel.

New Jersey’s latest transmission rate of 1.18 was a slight increase from Friday. The state hit a recent high of 1.27 on Oct. 5.

Any number above 1 means each newly infected person, on average, is spreading the virus to at least one other person. Any number below 1 means the virus is decreasing.

A transmission rate of 1.18 means every 100 infected people will spread the virus to 118 others.

The number of hospitalizations remained above 800 people for the fourth straight day. That’s still far below the peak in hospitalizations in mid-April when more than 8,000 were being treated.

There were 886 patients – 12 more than the night before – across New Jersey’s 71 hospitals with confirmed or suspected COVID-19 cases as of Friday night.

There were 82 coronavirus patients discharged by Saturday morning, according to the state’s dashboard.

Since the start of the school year, at least 111 New Jersey students and educators have either contracted COVID-19 or passed it on to someone else while in the classroom, walking around their schools or participating in extracurricular activities, state officials said Thursday.

The 111 cases were part of 25 confirmed school outbreaks that local health investigations concluded were the result of students and teachers catching the coronavirus at school — not at home, at parties or other gatherings.

The numbers do not include the positive COVID-19 cases reported among New Jersey students and teachers who are suspected to have contracted the virus outside school. The state has not released those numbers, though a database maintained by the National Education Association says more than 220 New Jersey schools have reported at least one coronavirus case.

The 18-29 age range accounts for the largest number of new positive tests.

At least 7,186 of the state’s COVID-19 deaths have been of residents and staff members at nursing homes and other long-term care facilities.

As of Saturday, there have been more than 42.2 million positive COVID-19 tests across the world, according to a running tally by Johns Hopkins University. More than 1.14 million people have died.

Thank you for relying on us to provide the journalism you can trust. Please consider supporting NJ.com with a voluntary subscription.