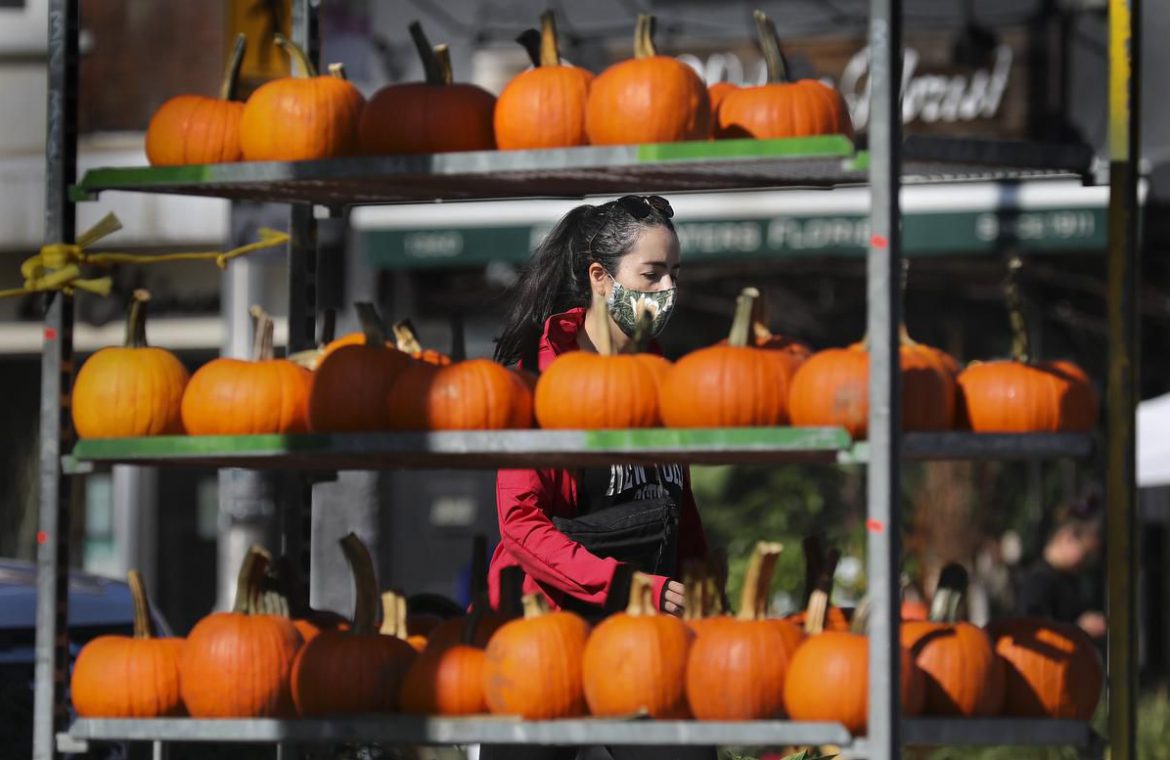 9:55 a.m. The federal government has won a partial victory against a court order striking down a bilateral pact that stops asylum seekers from making a claim in this country via the United States.

On Monday, the Federal Court of Appeal ruled in favour of Ottawa and put aside the Jan. 22 deadline set by the lower court to void the Safe Third Country Agreement. The merits of the government appeal can be heard in a full hearing a month later in February.

In July, Federal Court Justice Ann Marie McDonald had ruled the Canada-U.S. accord unconstitutional because U.S. President Donald Trump’s administration routinely detained asylum seekers in poor conditions; the court essentially declared America unsafe for refugees. In criticizing that Canada was complicit in the cruel and inhumane treatment of migrants, the court gave Ottawa six months to fix the policy and make sure it complies with the Canadian Charter of Rights and Freedoms before the pact became invalid.

Read the full story from the Star’s Nicholas Keung

9:42 a.m. Pfizer Inc. said it has enrolled more than 42,000 patients in its COVID-19 vaccine trial, and more importantly, almost 36,000 have received their second dose as of Oct. 26, the company said in its earnings statement Tuesday.

But there was no update on what everyone was waiting for: news on when Pfizer could get its first efficacy results from the trial. The company has previously said they could come as soon as this month, depending on how fast cases accrue in the trial.

In a presentation affiliated with the Pfizer earnings, Pfizer dropped a clue as to where its COVID-19 vaccine trial stood in terms of getting efficacy results. It said that the data-monitoring board of scientists overseeing the trial has not conducted any interim efficacy analysis to date. What that means is that there have been fewer than 32 cases of COVID-19 in the trial so far. The first of four efficacy analyses is scheduled to be conducted when the trial achieves 32 cases.

9:18 a.m. As COVID-19 cases surge across Ontario, hundreds of elementary students across the Toronto District School Board have been forced into oversubscribed classes where they may be so close to their peers, they feel unsafe.

When Anjula Gogia’s 12-year-old daughter, a Grade 7 student at Winona Drive Senior Public School, came home from class last week, she told her mom she and her classmates could not maintain a proper physical distance while studying.

“My daughter is safer going into a liquor store or a grocery store than she is going into her own classroom every day,” Gogia said. “She doesn’t feel safe. None of the other kids feel safe. What happens if a kid tests positive?”

Less than two months after the Toronto school board approved a plan to reduce class sizes in kindergarten to Grade 8, nearly 4 per cent of its roughly 7,600 classes, both in-person and virtual, exceed the size limits promised at the start of the year, according to TDSB data released last week.

Read the full story from the Star’s Michele Henry

9:01 a.m. Micaela Hoglund has been keeping one eye on the calendar, and one eye on her company’s bank account.

With just days until another rent cheque at their f45 Training Etobicoke Central fitness studio is due and indoor classes still banned because of COVID-19 restrictions, Hoglund and her husband, Brent Lowry, are concerned there might not be enough to cover it.

“We’re worried. Rent is still due,” said Hoglund, who had hoped the Ontario government would have extended a moratorium on commercial evictions, currently set to expire Oct. 30. “If they really want to help small businesses they’d extend this. There are so many places which have been hanging on by a thread.”

Even when indoor classes were allowed during Stage 3 restrictions, only 10 were permitted inside at one time, down from the pre-COVID limit of 36 in her studio.

Read the full story from the Star’s Josh Rubin

8:46 a.m. Spanish doctors are staging their first national walkout in 25 years to protest what they say are poor working conditions and the weakened state of the national public health system.

The 24-hour strike was called by the State Confederation of Medical Unions, which wants health authorities to negotiate changes in the sector. The confederation says the coronavirus pandemic has exposed a lack of investment public health system in recent decades.

The protest came as the government said its proposed 2021 state budget includes a 151 per cent increase in spending for the public health sector.

8:08 a.m. Health officials in Thailand said Tuesday that it is likely that a French woman who earlier this month tested positive for the coronavirus became infected when she stayed under quarantine at a hotel near Bangkok.

The 57-year-old woman tested positive after she and her family flew on Oct. 15 from Bangkok to the island of Koh Samui, where she experienced symptoms of the disease. Her case was one of the few of local transmission confirmed in Thailand over the past several months.

After her infection was confirmed, the communal areas of the hotel where she stayed were checked, and traces of the coronavirus were found in its gym area.

The authorities also announced that two more people quarantined at the hotel were found infected with the coronavirus, one Asian, one European, both male. The Health Ministry said it had not yet concluded whether those two people were infected at the hotel.

More than 100 people who may have come in contact with the French woman have been tested for the virus, but none have been found infected so far.

Thailand announced three new cases on Tuesday, all imported, bringing the total to 3,746, including 59 deaths.

7:45 a.m. It will take more time to know whether renewed restrictions in Toronto are helping to dampen the transmission of COVID-19, the city’s medical officer of health said Monday.

“I don’t think we have yet seen the full impact,” said Dr. Eileen de Villa, speaking at a COVID-19 update from city hall.

“I look forward to seeing what comes in the next few weeks.”

The number of new COVID-19 infections in the province hit new highs on the weekend, with Ontario reporting 978 new cases on Saturday and 1,042 on Sunday.

On Monday Toronto reported another 300 cases, while the number of hospitalizations climbed to 132, an increase of 17 people in one day, according to Toronto Public Health.

Read the full story from the Star’s Francine Kopun

The rolling seven-day average of new cases of the virus Ontario-wide set a record Monday with 908.3, up from last Monday’s average of 777.7 daily cases. The growth was driven primarily by new cases in the province’s so-called “hot spots” — Toronto, Peel, York and Ottawa, with notable increases also occurring in Durham and Halton regions.

“If you ask around the hospital, are we nervous? Absolutely, because right now our hospitals are 100 per cent full,” said Dr. Samir Sinha, director of geriatrics at Sinai Health System and University Health Network in Toronto, adding the current numbers reflect the spread of the virus two weeks ago, namely Thanksgiving.

5:42 a.m.: A new poll suggests most Canadians don’t want a federal election during the second wave of

the COVID-19 pandemic — or even next year.

The results suggest 47 per cent of respondents want the next election to be held in the fall of 2023 — four years after the last election — and 10 per cent would like one to be held in 2022.

Twenty-five per cent of respondents say they want Canadians to head to the polls next spring and 18 per cent next fall.

“I believe it’s probably sort of a natural or a normal reaction to the context of the pandemic.”

There were sharp regional variations.

The desired timing also varies along party lines, with nearly half of Conservative supporters saying they want an election next spring and 70 per cent of Liberal supporters choosing 2023.

The online poll of 1,523 adult Canadians was carried from Oct. 23 to 25 and cannot be assigned a margin of error because internet-based polls are not considered random.

Although each election had its own provincial issues, three professors pointed out that the votes were in provinces that have had some success keeping the novel coronavirus under control. Voters may have been happy with how the leaders handled the health crisis and wanted to continue in the same direction.

“It’s so difficult to predict what voters had in mind but, if there is a collective will, certainly it does seem to point to … stability is what they wanted,” said Donald Wright, professor and chair of political science at the University of New Brunswick.

“Canadians can look at the disaster unfolding in the United States and be thankful they have good governments both in Ottawa and the provincial capitals. Canada may be very appreciative of the governments we had with the pandemic.”

Monday 7 p.m. Deaths per day from the coronavirus in the U.S. are on the rise again, just as health experts had feared, and cases are climbing in practically every state, despite assurances from President Donald Trump over the weekend that “we’re rounding the turn, we’re doing great.”

With Election Day just over a week away, average deaths per day across the country are up 10 per cent over the past two weeks, from 721 to nearly 794 as of Sunday, according to data from Johns Hopkins University. Newly confirmed infections per day are rising in 47 states, and deaths are up in 34.

Health experts had warned that it was only a matter of time before deaths turned upward, given the record-breaking surge in cases engulfing the country. Deaths are a lagging indicator — that is, it generally takes a few weeks for people to sicken and die from the coronavirus.

Michael Osterholm, a University of Minnesota expert on infectious diseases who warned over the summer of a fall surge, said what’s happening now is a confluence of three factors: “pandemic fatigue” among people who are weary of hunkering down and are venturing out more; “pandemic anger” among those are don’t believe the scourge is a real threat; and cold weather, which is forcing more Americans indoors, where the virus can spread more easily.

“When you put those three together, we shouldn’t be surprised what we’re seeing,” Osterholm said.

The virus is blamed for more than 8.6 million confirmed infections and over 225,000 deaths in the U.S., the highest such totals in the world.

Deaths are still well below the U.S. peak of over 2,200 per day in late April. But experts are warning of a grim fall and winter, with a widely cited model from the University of Washington projecting about 386,000 dead by Feb. 1. A vaccine is unlikely to become widely available until mid-2021.

Don't Miss it Coronavirus: 'I caught Covid at my uncle's funeral' – BBC News
Up Next Russia coronavirus: Reality bites for Putin’s Sputnik V vaccine, as concerns over efficacy and safety linger