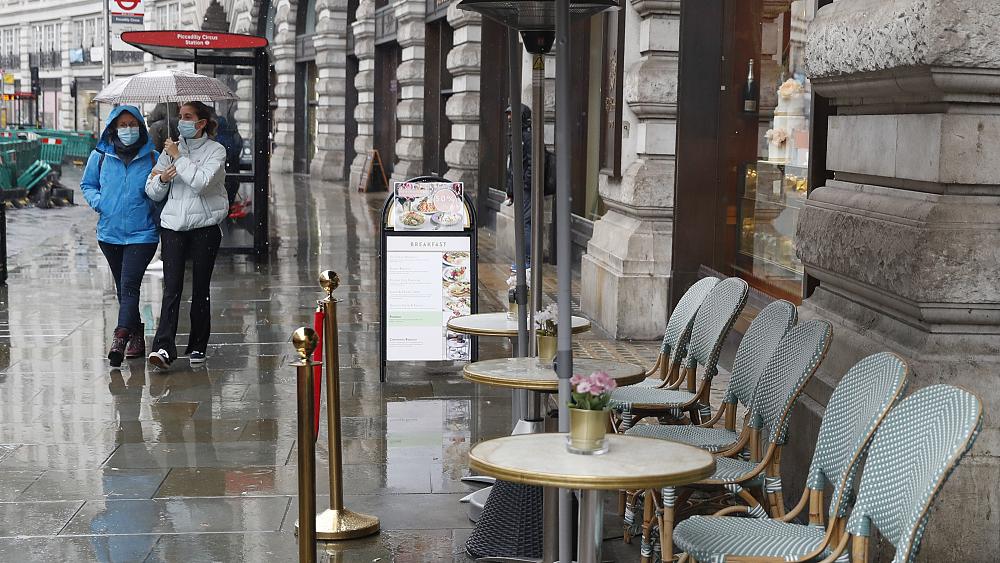 British Prime Minister Boris Johnson is expected to announce tougher measures against COVID-19 on Saturday including the potential introduction of a second national lockdown, hours after Austria and Greece unveiled lockdowns.

The UK leader will be speaking from Downing Street at 17:00 CET.

Speculation began swirling on Saturday morning that a new national lockdown could be announced shortly after epidemiologist John Edmunds, a member of the government’s scientific advisory group, said cases were running “significantly above” a reasonable worst-case scenario drawn up by modellers early this month.

The government had previously introduced a multi-tier system to be implemented locally based on the number of infections. But scientists say it has not been enough.

The country has now recorded more than one million cases of the virus since the beginning of the pandemic.

More than 46,200 people have lost their lives to the virus in the UK — Europe’s highest death toll —and the country has recorded over 20,000 new daily infections for the past five days.

It comes just after Austria announced a new lockdown that includes a curfew and the closure of restaurants hotels, cultural institutions and sport clubs. Schools, shops and hairdressers will remain open however.

“A second lockdown is in place from Tuesday and until the end of November,” said Sebastian Kurz at a press conference in Vienna.

Restaurants and hotels will close in the country that is following several other European countries such as France, Belgium and Germany that issued new lockdowns.

Greek Prime Minister Kyriakos Mitsotakis also announced that the country would be under a month-long partial lockdown from Tuesday.

Under the new measure in Greece, local areas will be categorised as either Surveillance or High Risk zones.

In the former, a curfew will be implemented from midnight to 05:00 CET. Mask wearing will be required everywhere, both indoors and outdoors, higher education is to be conducted remotely and gatherings are prohibited.

In the latter, the same measures will apply but all hospitality businesses, as well as theatres, museums, cinemas and indoor gyms, will also be asked to close their doors to the public.

Mitsotakis stressed that contrary to the lockdown implemented in the spring, “we are not talking about a total freeze of everyday life, as shops and schools will remain open.

He conceded however that “today’s message is what I was hoping not to have to do”.

“After a long period of stability, cases are increasing exponentially in our country,” he said. “Scientists warn that soon, the new wave will test our national health service endurance.”

“We must act now before our ICUs (Intensive Care Units) fall,” he added.

The country of 10.7 million has so far recorded 35,510 COVID cases and 615 deaths, according to the European Centre for Disease Prevention and Control (ECDC).

Mitsotakis’s announcement, delayed by a day following a deadly earthquake on Friday in the Aegean Sea, comes days after several other European countries announced tighter measures to slow the second wave of the pandemic.