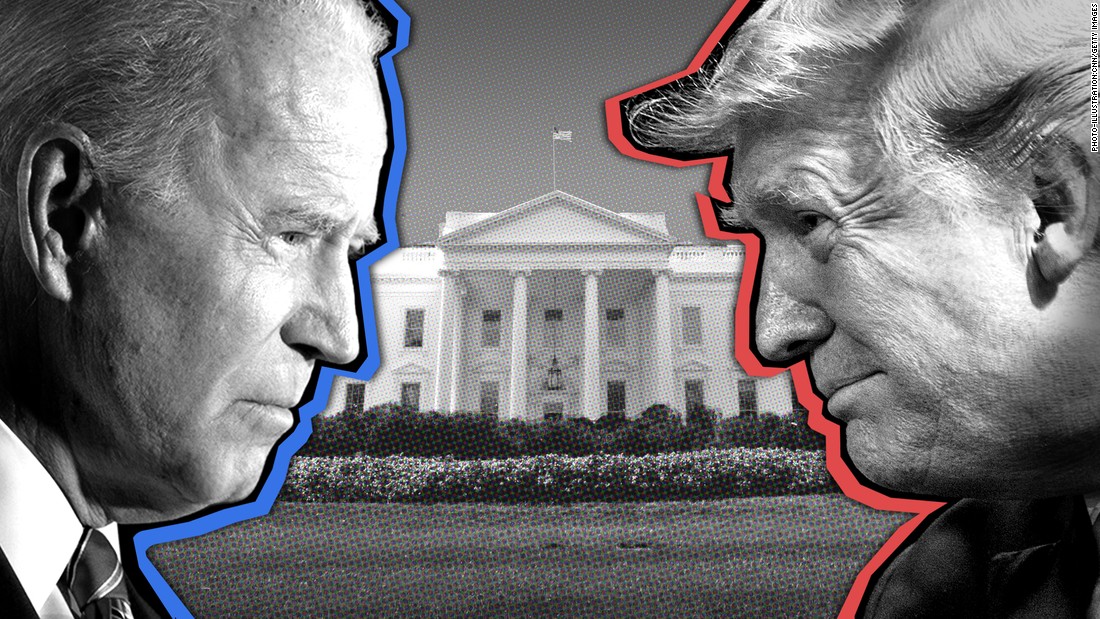 By yesterday, more than 96 million Americans had already cast ballots in early in-person and mail-in voting. Local election officials are hoping the early crush actually makes today’s proceedings a little smoother. • Find poll locations, closing times and other info for your state hereThere’s been some concern that the Trump campaign’s rhetoric about “poll watchers” may lead to conflicts at some voting locations. Here’s the bottom line: Poll watchers can’t interfere with the voting process, and their conduct is bound by state regulations. It’s also against federal law for anyone to intimidate voters. • What a poll watcher is, and what they do• What to do if your right to vote is challenged by a poll watcher

There are also regulations on what you can wear and how you can act while you’re voting. For instance, some states don’t allow political attire at the polls. Some states also ban photography, or have very specific rules about what kind of photos you can take and how you can share them. And with all this unfolding in a pandemic, proper voting protocol now also may involve masks, plexiglass barriers and hand sanitizer.

• What not to wear while voting• A state-by-state guide to voting selfies• How to stay safe while voting this year• Can you change your vote?• How to track your mail-in ballotAre you having trouble voting in person? Have you received disinformation? Share your story at cnn.com/votingissues.

What to know throughout the day

As usual, the race may come down to a few key states, and this year, all eyes will be on Arizona and Pennsylvania. That could mean delays, since Pennsylvania doesn’t even start counting mailed ballots until Election Day. • If you’re a minute-by-minute kind of election watcher, here’s your go-to page for the latest election news throughout the day• And you can follow lives updates from CNN all day here

Besides who will be president come January, there are a lot of other decisions being made today on the local level, like abortion accessibility and marijuana legality. Puerto Rico is also voting, yet again, on possible statehood.

• Brief yourself on other local and national changes on the ballot today• Also, customize your election night experience here — by state or specific races — so you can get the information that’s most important to youMisinformation is always a problem, but it’s especially damaging on days like today. Recently, a doctored video of Joe Biden was viewed 1 million times before it was taken down from Twitter. • See something suspicious? Check up on the latest misinformation debunks

Once the results start coming in, you may see different networks “call” a state for a candidate at different times. Beware trying to guess a state’s outcome by the early returns: The way and order in which states count votes could make it look like one candidate is temporarily leading over another, which is called a “mirage.”

What to know in the coming days

If we do have a winner on election night, or soon after, here’s what the next few months will look like. But ultimately, we could be in uncharted territory. Global conflict watchers have warned that the US may see “unfamiliar danger” stemming from the election process. If we don’t have a winner on election night, well, that’s its own conundrum. But remember, it wouldn’t be the first time. In 2000, it took until December — and a whole Supreme Court showdown — for George W. Bush to officially declare victory. While some states have their own earlier reporting deadlines, federal law allows states to report votes until December 8.

So, if we don’t know the winner right away, don’t panic. There are a lot of things that feel unprecedented about this election, but a delay in results isn’t necessarily one of them.

It’s going to be a long election process. Don’t feel like you need to be glued to every second of the proceedings. You voted, you did your part, and your worrying isn’t going to get those votes counted any faster.

• Avoid falling into hours-long Twitter scrolls of doom. Log out and try to focus your mind elsewhere.

• Stay active. Take a walk, do a little yoga or shake out the jitters in a one-person dance party.

• It may sound counterintuitive to the above, but if you’re feeling anxious or sad, allow yourself those emotions. Avoiding negative feelings doesn’t make them go away. It just means they’ll come out sideways later. Call a friend, journal, or yell politely at the sky.

• Here are 50 more ideas for making it through the day, from treating yourself to helping others.

Finally, remember to drink some water. Will that help with anything? Who knows. But we’re going to get through this together, and we’re going to do it fully hydrated.

France, Germany and Belgium have gone into partial coronavirus lockdown as Europe faces a wave of new outbreaks. The UK and Italy also plan to further tighten restrictions. Canada is getting battered, too. Three weeks after Canadians celebrated their Thanksgiving holiday, the country is seeing a national spike in cases. That may mean Thanksgiving in the US could also become a superspreader event.

It only took a day for Eta to grow from a tropical storm to a strong Category 4 hurricane. The slow-moving and rapidly intensifying storm is due to make landfall in Nicaragua this morning, bringing potentially catastrophic damage.

Gunmen stormed Kabul University in Afghanistan, killing 19 people including students before police ended the assault. No group has claimed responsibility. It’s the second attack on an educational institution in the city in just over a week after a suicide bomber killed 24 people at a different location at the end of October.

At least four people were killed and 14 injured in a terror attack in Vienna, Austria. At least one gunman opened fire in a busy part of the city. Police believe there may have been multiple attackers, but one suspect who was shot dead by police was said to have been “radicalized.”

Here you’re thinking you’ve found a normal person to get socially distanced coffee with, but they just want you for your vote. Sigh.

Netflix is mounting a big Oscars push this year

The streaming service is putting out its fanciest, most dazzling movies to woo the academy.

We’re still disinfecting like mad, and that’s a big boon for Clorox

Our countertops — and the empty Clorox shelves at the grocery store — have never been cleaner.

‘Baby Shark’ has become YouTube’s most viewed video ever

We’re so sorry, parents. You were just starting to forget this song existed, and now it’s burrowed back in your head forever.

It would be nice to either A) be a tiny turtle or B) eat a strawberry as big as your body. (Click here to view.)