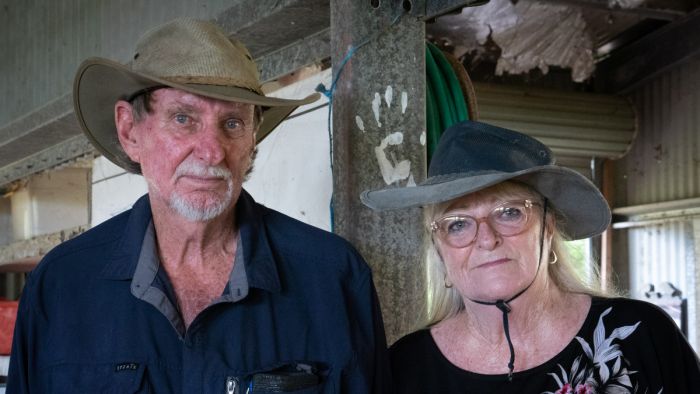 On opposite sides of the world, two 67-year-old women were gearing up for adventures abroad.

Key points:The ACCC has received so many consumer complaints about holiday cancellations it has set up a special taskforceThe UK and the EU have legal protections to ensure consumers receive full refunds for cancelled toursTour operators say they are not hanging on to money needlessly, but have contractual obligations to suppliers

Both Sandra van Rees and Helen Anderson had saved — and subsequently splurged — on overseas holidays with their husbands, and both had booked package tours with travel company APT.

When COVID-19 got in the way of their trips, Ms Van Rees lost thousands of dollars trying to get a refund.

For Ms Anderson, the tour company provided all the couple’s money back, no questions asked.

The women don’t know each other, but there’s one simple reason their experience was so different: Ms Van Rees lives in Australia, while Ms Anderson lives in the United Kingdom.

More than 20,000 Australians have complained to the consumer watchdog about their experiences with the travel industry since January, a whopping 600 per cent increase since 2019.

Among the top complaints are frustrations over cancellation fees for holidays that haven’t gone ahead during the pandemic.

The Australian Competition and Consumer Commission (ACCC) has received so many complaints, it’s set up a special taskforce to cope with the influx.

But overseas, consumers have greater protections.

He said Australians who’d booked package tours were having a much harder time getting refunds than some people living overseas, such as in the UK.

“Overseas, they’ve got package travel protection, where if you book package travel and it is cancelled on you, you are entitled to a full refund with no fees at all,” he said.

“There’s a significant lack of protection for customers in the travel industry [in Australia].”

UK laws introduced in 2018 guarantee consumers a full refund if their tour package provider can’t provide all or part of their trip.

Mr Glezer wants Australia to follow the lead of the UK.

He was charged hundreds of dollars in fees when his own holiday was cancelled earlier this year, so he went online to find out more about his rights.

He found plenty of other frustrated travellers, and the Facebook groups he runs now have a combined total of 15,000 members who are sharing information about their experiences.

“The main one is naturally people are trying to get their money back,” he said.

“A lot of people are really frustrated by the lack of transparency when they try to speak to their travel agent, and their travel agent either gives them not much or tells them they’ll be in touch when the money comes back.”

Cairns farmers Sandra and Garry Van Rees are among the many Australians who have struggled to understand opaque cancellation fees during the pandemic.

In January, they paid their final instalment for their $38,000 month-long tour of Canada and Alaska.

It was to be their trip of a lifetime, and they’d even used some of their superannuation to pay for it.

Sandra and Garry van Rees did not want a credit for their tour because they were worried about their health.(ABC News: Brendan Mounter)

At the end of March, they were told their May trip wouldn’t go ahead.

“We got an email from APT saying they were suspending the trip and we could have a full 100 per cent credit to use before December 2021,” Mrs Van Rees said.

“They were saying a refund really wasn’t an option.”

The couple contemplated waiting to see if they could rebook their holiday, but as the pandemic worsened they realised it wasn’t realistic.

“We weren’t going to be able to do a trip for years,” Ms Van Rees said.

“We’re in that age group that was at high risk, so we asked for a refund.”

An email to the couple, which the ABC has seen, shows APT claimed it could charge up to 80 per cent of the amount Mr and Ms Van Rees had paid under a “force majeure policy”.

“In their correspondence they said they didn’t have to [refund us] because they had confidential contracts with their suppliers.”

None of the money could be recovered through their insurance.

“It’s disappointing, it’s upsetting and it makes you angry and sad,” she said.

“We’d like the legislation to change so it can’t happen in the future.”

Small travel agencies say they are working hard to get their clients a refund for their holidays cancelled due to COVID-19 restrictions, but fear they will not survive without community support.

Mr Glezer said while people struggled to get any help from insurers, he believed it was the travel companies which should be accountable.

“A lot of insurance companies have a pandemic clause in there where you can’t actually get a refund through insurance,” he said.

“On top of that, it’s my belief that if a company is holding on to your money and not providing a service, it should be on them to actually pay you back.”

He’s drafted up his own legislation and has begun lobbying the Government for legislative change.

APT told the ABC its policies were in line with the regulations in each country it operated in.

APT said it too had incurred costs due to the pandemic.

“While we can appreciate the request for a breakdown of the irrecoverable costs, in these challenging times, APT Travel Group is incurring numerous costs associated with cancellations.”

It’s been a vastly different experience for Helen and Ian Anderson, who live near Milton Keynes, north of London.

Experienced travellers Helen and Ian Anderson, from the UK, received a full refund for their cancelled tour.(Supplied)

The well-travelled pair booked a tour through APT’s UK offices and had paid in full for their tour of Vietnam and Cambodia, which included flights, accommodation and a boat trip on the Mekong River.

They paid about $18,000 for the trip, but Ms Anderson was becoming increasingly nervous about going.

She said she repeatedly questioned the company as to whether it was safe to take the trip.

“It had been very stressful those few days up until we were travelling because we had this whole dilemma about whether we were doing the right thing,” Ms Anderson told the ABC.

APT didn’t cancel their package until the morning of departure, although by that time Ms Anderson admits she had cold feet about getting on the plane.

Her husband said he was pleased to see the consumer protections in the UK worked.

It was only when he looked on a Facebook group for APT travellers that he saw other people had been unable to get full refunds.

Helen and Ian Anderson live in the UK, where protections for travellers are much stronger than in Australia.(Supplied)

“Whilst we can sit here and say we’ve had all our money back, I still feel fairly upset that other people that were due to go on holiday are not benefitting in the same way we are,” he said.

“It’s nice that we’ve received it but it’s a bit concerning that others haven’t.”

In July, the UK’s Competition and Markets Authority (CMA) warned the travel sector that consumers had a statutory right to a full cash refund within 14 days if their package holiday was terminated due to the pandemic.

“The CMA is particularly concerned about the harm which consumers are suffering in the package-travel sector,” it said in an open letter to the travel sector.

“Intelligence suggests that businesses may not be providing the refunds required by consumer law when package holiday contracts are terminated as a result of COVID-19.”

ACCC questions whether current laws are fit for purpose

The top complaint to the ACCC about travel has been about difficulties with refunds.

ACCC commissioner Sarah Court said the regulator would look to see whether changes were needed.

She said existing laws were strong, but did not guarantee protection when a trip was interrupted by an outside force such as a pandemic.

“I certainly think it’s possible there’s a gap in the law as it stands at the moment,” Ms Court said.

She said the key issue was that the consumer’s statutory rights did not apply where travel could not be provided due to government restrictions.

“What that means for consumers is their rights to a refund or a credit note are governed by the terms and conditions of the contract that was in place at the time they made their purchase,” she said.

She said overseas laws would be considered when the ACCC reviewed whether changes were needed.

Following international border closures, tens of thousands of Australians have complained about how the travel industry has treated them.(ABC News: Patrick Rocca)

“We need to look at the impact on consumers, many of whom have been in significant financial hardship,” Ms Court said.

“We need to balance that with the impact on travel agents and small businesses, and we need to think about whether there are any regulatory gaps that need to be addressed.”

Erin Turner from Choice told the ABC there were serious problems with the way consumers had been treated.

“Too many Australians paid upfront for flights, accommodation and other travel expenses and haven’t got a fair amount of money back when COVID-19 led to mass cancellations,” Ms Turner said.

“This is a complex issue. We need research and analysis to unpick whether this is best solved with law reform, enforcement, better complaints channels in the travel sector or a combination of all three approaches.”

Companies not holding onto money ‘unnecessarily’

He said travel companies were not hanging on to money unnecessarily.

“When a travel operator is designing an international package tour, terms around purchasing and delivery of individual components are agreed to, and often contractually bound to be paid for well in advance of a trip being taken,” Mr Jardine said.

He said there were new industry-led standards for booking terms and conditions that had been developed as a result of COVID-19.

“These are aligned with Australian consumer law, will ensure greater consistency across the industry and will be used by the majority of Australian tour operators going forward,” he said.

He said he was open to considering a user pays fund or levy going forward, while also finding a way to ensure operators and agents were paid for the time they spent planning a trip — even if it was later cancelled due to a pandemic or crisis.

“Development of such a scheme would be very complex and require a collaborative approach from all sectors of the industry, along with the backing and support of Government,” he said.

APT did not address the ABC’s questions about what it would mean if laws similar to the UK were introduced here.

“Our priority, as a family-owned Australian business, is to not just survive this period, but get through it by supporting our valuable guests in everything we do, and also supporting our Australian staff and network of people around the world.”