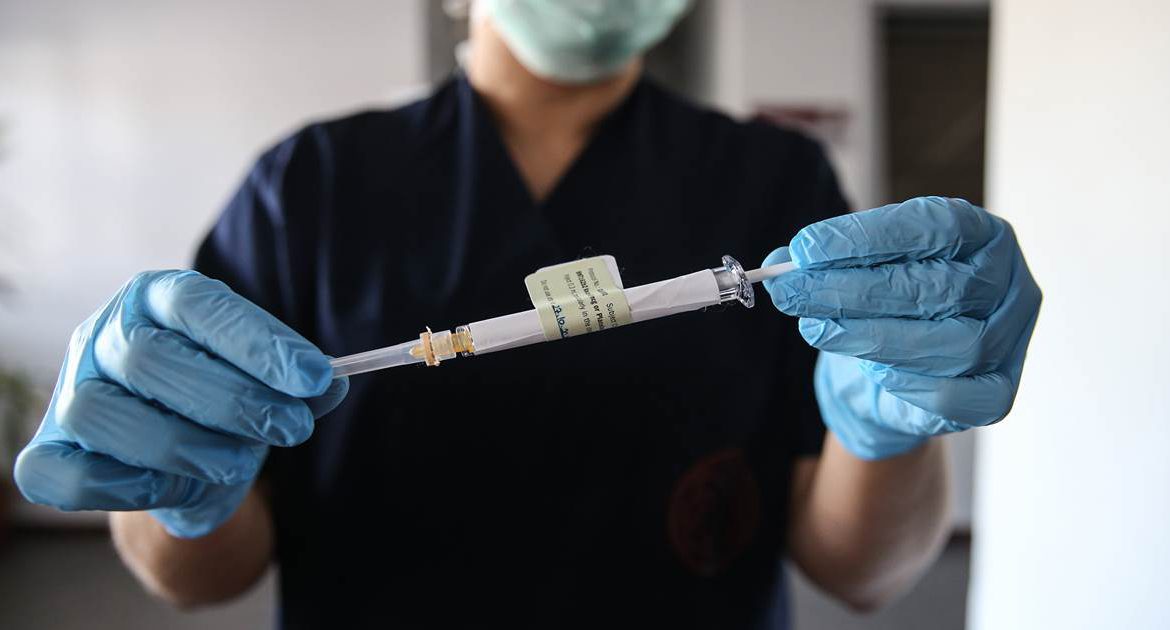 The drug company Pfizer said Monday that early analysis showed its vaccine candidate for Covid-19 is more than 90 percent effective at preventing infection.

The news from U.S. pharmaceutical giant and its German partner, BioNTech SE, has been welcomed as a major step in the fight against a virus that has plagued the global economy, upended daily life for billions and killed 1.26 million people — nearly 240,000 in the U.S. alone.

Pfizer and BioNTech said in a joint statement that their preliminary findings have shown higher success rates than many had expected. People who received two doses as part of the trial saw 90 percent fewer symptomatic cases of Covid-19 than participants who were given a placebo, it said.

President-elect Joe Biden said he welcomed the news, which he said he learned Sunday night, but warned it was “important to understand that the end of the battle against Covid-19 is still months away.”

Even if “some Americans are vaccinated later this year, it will be many more months before there is widespread vaccination in this country,” Biden said in a statement. “Today’s news does not change this urgent reality. Americans will have to rely on masking, distancing, contact tracing, hand washing, and other measures to keep themselves safe well into next year.”

Pfizer and BioNTech said in a joint statement that their preliminary findings have shown higher success rates than many had expected. People who received two doses as part of the trial saw 90 percent fewer symptomatic cases of Covid-19 than participants who were given a placebo, they said.

The companies have not released the data backing up the study, and many experts urged caution before those details have been independently scrutinized.

“We are reaching this critical milestone in our vaccine development program at a time when the world needs it most with infection rates setting new records, hospitals nearing over-capacity and economies struggling to reopen,” he added.

John Bell, an Oxford University professor and vaccines adviser to the U.K. government, also welcomed the news, and went as far as to say life could begin to return to normal by spring.

“Yes, I’m probably the first guy to say that but I will say that with some confidence,” he said when asked by the BBC whether that timeline was now realistic.

In spite of the optimism, the news does not mean a vaccine will be immediately available. And many observers are holding judgement until more is known about this vaccine candidate.

Eleanor Riley, a professor of immunology and infectious disease at the University of Edinburgh in Scotland, cautioned that the details released so far did not say how old the participants were, nor the severity of the cases observed.

“But, I think we have reason to be cautiously optimistic,” she said.

Pfizer said it plans to ask the U.S. Food and Drug Administration for emergency use authorization next week, when it has the required two months of safety data. There have been no serious safety concerns yet, it said, and the trial will continue in the meantime.

It is unclear how long any protection from a vaccine would last. BioNTech’s chief executive, Ugur Sahin, told Reuters, “We should be more optimistic that the immunization effect can last for at least a year.” He said it was basing this on earlier findings and research on recovered patients.

Pfizer said that based on current projections it expects to produce globally up to 50 million vaccine doses in 2020 and up to 1.3 billion doses in 2021.

Regardless of the unknowns, international markets welcomed the news, with stock futures on Wall Street surging after the announcement.

It came just days after Biden’s victory was confirmed over President Donald Trump, who had repeatedly said a vaccine might be ready before the election.

Trump tweeted “SUCH GREAT NEWS!” after the news was released, and Vice President Mike Pence credited “the public-private partnership forged” by Trump.

But unlike other vaccine front-runners, Pfizer has made a point of not taking any money for research and development from the federal government’s Operation Warp Speed program.

However, the program has agreed with Pfizer that it will pay $1.95 billion for production and delivery, securing the first 100 million doses subject to emergency approval, with the ability to acquire another 500 million.

Even if approved, rolling out the vaccine worldwide will be an unparalleled logistical challenge. Like many others, this vaccine must be kept at super-cold temperatures, meaning distribution to remote parts of the world will be difficult.

Alexander Smith is a senior reporter for NBC News Digital based in London.