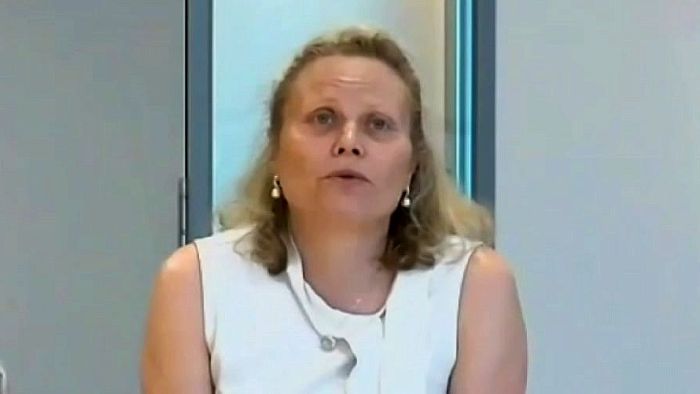 The head of Victoria’s health department has resigned “to pursue other opportunities”, less than two months after facing the state’s hotel quarantine inquiry.

Key points:Kym Peake told DHHS staff she was leaving the department after “deep reflection”She was one of a number of bureaucrats asked to provide extra evidence to the inquiry at last month’s extraordinary sittingHer deputy, Euan Wallace, will take over the role from Tuesday

Department of Health and Human Services (DHHS) secretary Kym Peake came under fire at the inquiry for refusing to accept blame for the ill-fated program, claiming it was not solely her department’s responsibility.

During two days of at-times heated questioning, Ms Peake said it was a “matter of profound regret” that Victoria experienced a second wave.

“Kym Peake, who has served in the role for the last five years, has decided to step down from the position to pursue other opportunities,” the Government said in a statement on Thursday afternoon.

Catch up on the main COVID-19 news from November 12 with our coronavirus blog.

Ms Peake announced her departure in an email to DHHS staff on Thursday, and referenced the “enormous collective effort” of recording consecutive days without coronavirus cases.

“You know that I believe in depth of leadership and the importance of new perspectives. This is how we will continue to maintain the hard-won gains against the virus and ensure we build back better,” she wrote.

“After deep reflection, I have decided to leave the Department. I do so knowing I leave it in incredibly capable hands.”

Space to play or pause, M to mute, left and right arrows to seek, up and down arrows for volume.WatchDuration: 1 minute 5 seconds1m 5s DHHS secretary Kym Peake tells the inquiry she profoundly regrets not being able to prevent a second wave of coronavirus.Read more about coronavirus:

Ms Peake’s resignation comes a month after the head of the Department and Premier and Cabinet, Chris Eccles, quit his role.

She was one of several politicians and bureaucrats, including the state’s Chief Health Officer, asked to provide additional evidence to the inquiry last month.

The wait for the documents meant the final findings will be handed down before December 21, instead of the original deadline of November 6.

Instead, an interim report handed down last week made recommendations for the resumption of the state’s hotel quarantine scheme.

Ms Peake revealed to the inquiry that she did always pass on issues in hotel quarantine to then-minister Jenny Mikakos, an issue that the interim report of the Coate inquiry highlighted.

Deputy to take over secretary role Professor Euan Wallace will take over the role on November 17.(ABC News)

Ms Peake’s contract at the top of DHHS was due to expire soon.

“Ms Peake has led significant reform that has touched the lives of many Victorians including the relief and recovery from recent bushfires, the establishment of the mental health royal commission, and the delivery of many of the recommendations from the family violence royal commission,” the Government statement said.

“We thank Ms Peake for her dedicated service to Victoria and for her tireless commitment throughout the pandemic and her time with DHHS. We wish her well for the future.”

We offer tailored front pages for local audiences in each state and territory. Find out how to opt in for more Victorian news.

The deputy secretary of DHHS, Euan Wallace, has been appointed the new head of the department.

Professor Wallace will start in the role from Tuesday.

The Government said Professor Wallace had been jointly responsible for case management, contact tracing and outbreak management whilst serving as deputy secretary.

“Prof Wallace is a widely respected leader in the health sector and is well placed to lead the department through its next phase of pandemic response and recovery,” the statement said.

He had been serving as deputy on secondment from his role as CEO of SaferCare Victoria.