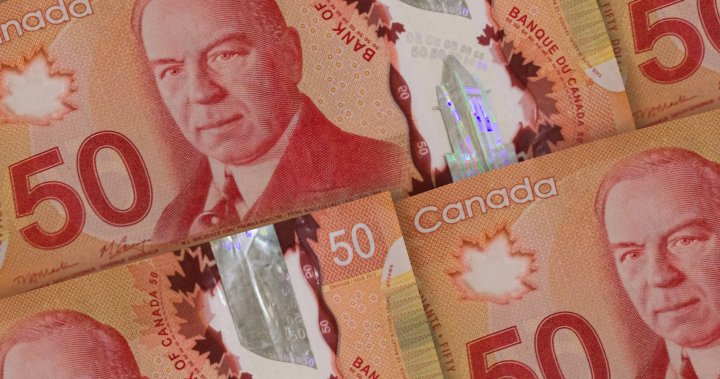 A lifeline for many during the pandemic may turn out to be a nightmare for some come tax time.

According to the ​government of Canada​, 27.56 million Canada Emergency Response Benefit (CERB) applications were processed with over $81.64 billion paid out to nearly 9 million applicants as of Oct. 4.

Tax experts with CH Financial Ltd, a Calgary-based financial advising group, told Global News some of those Canadians may be surprised to learn that the government financial aid they have received is taxable.

“It’s all fully taxable income and tax has to be paid,” CEO Jeremy Clark said.

Clark said depending on what employment and income people had during the year, they could be faced with a huge tax bill.

“The CERB, there’s no tax withheld,” he added. “So you could have potentially two or three sources of income and not enough tax withheld.”

“So there could be hundreds — or thousands of dollars — in tax owing.”

Read more:
Your CERB money is taxable. Here’s how it’s going to work

It was definitely something long-time Calgary musician Michael Hope considered when he applied for CERB.

Hope is an assistant principal bassoonist with the Calgary Philharmonic. He said the year started to unravel around mid-March while the Calgary Phil was preparing for a concert.

“In between the rehearsal and the concert, we all got an email saying the concert had been cancelled, and that all concerts for the foreseeable future would be cancelled,” he said.

He applied for federal aid a couple of months later to help make ends meet.

“It would have been very difficult without it,” he said. “I would have made it, but barely.”

Hope said he’s also received a lot of help from his employer and community supporters. And now that smaller, virtual concerts are underway he hopes to not have to apply for federal aid again.

He has been able to save some of the money coming in now, so that he is not hit with a huge tax bill later on, but he knows not everyone can.

“If you don’t have the money and you need it to feed your family and support yourself in the here-and-now, then it’s not much of a choice.”

Read more:
Got a CERB double payment? Here’s what to do

Clark told Global News has hard as it can be, those receiving any kind of income aid need to put away some of that money. He suggested 15 to 20 per cent, but added any amount will do.

“It’s always a good idea to save some of a paycheque,” he said. “I know times are tough right now, certainly in Alberta for a variety of reasons, but I think to save a little bit — even 10 or five per cent — just in a rainy day fund, I think that’s always good advice for people of any income level.”

For those who haven’t been able to put any way, Clark said it’s not too late to start now.

What’s vital, he said, is you pay what you can as soon as you get the bill.

“Even if it’s a couple of hundred bucks, I would suggest you pay that,” he said.

“And then the interest will start to accrue on the rest of it. But if you pay nothing, you might get into a penalty situation.”

Clark also said there is one more thing to consider when it comes to this year’s taxes, and that is what you can and can’t claim from your work-from-home office expenses.

He expects these expenses will also play a huge part in your taxes as millions of Canadians continue to work remotely.

Don't Miss it Coronavirus news you missed overnight: UK reports record Covid cases
Up Next These charts show how serious the fall Covid-19 surge is in the US