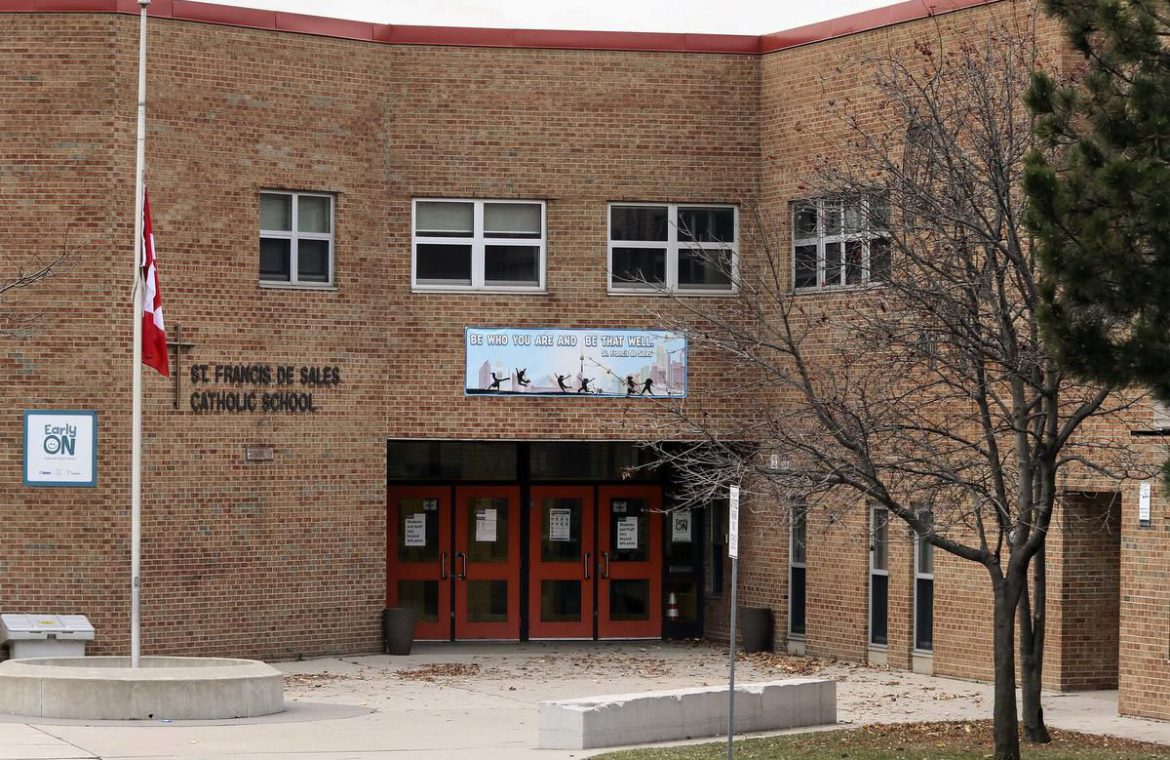 She was the “dragon” of the school.

Ingrid Salt, the Toronto Catholic District School Board staff member who died this week from COVID-19, was powerful and strong and, according to Trustee Ida Li Preti, in Ward 3 Humber River/Black Creek, “brought everyone together.”

That’s why heartbroken staff and students at St. Francis de Sales Catholic School, on Firgrove Crescent near Jane Street and Finch Avenue, have started referring to her by the same name as their sports team, the Dragons.

“She was the backbone of the school,” Li Preti told the Star. “She had a huge heart.”

Salt, a child and youth worker at the school, is the first education worker in the province to die of COVID-19. She succumbed to the virus late Tuesday and tested positive last week, sources told the Star, adding she was reportedly in her late 60s or early 70s and suffered from asthma.

St. Francis de Sales is in the Glenfield-Jane Heights neighbourhood, part of the city’s hard-hit northwest corner where COVID-19 has taken a huge toll, particularly on its racialized population.

St. Francis de Sales, an elementary school with students from kindergarten to Grade 8, is one of more than 100 schools in the city that Toronto Public Health designated as high risk for COVID transmission. The flag on school property was at half-mast on Wednesday.

Li Preti, who first heard news of Salt’s death Wednesday morning, said she’s been getting calls from staff, parents and students who knew the woman well — and are devastated.

While Li Preti didn’t personally know Salt, she said she was a known force in the community and had worked for decades in several of its schools, often helping students who were the toughest to reach.

So dedicated to her profession and the kids who depended on her, Salt insisted on continuing to work with her students in person, sources said, even after the pandemic hit.

CYWs, as they are known, are on staff in schools to help support students with special and behavioural needs — and are often the closest, physically with the kids. Depending on the individual school in the board, the TCDSB said, each one of its schools could have up to four CYWs on staff at any time.

Sources told the Star that when Salt showed up for school late last week, she had difficulty breathing, but thought it was simply because of her asthma. The school’s principal, sources said, recognized her symptoms and called for an ambulance.

Because the principal and a host of teachers rushed to Salt’s aid, they are now isolating for two weeks and the school board immediately rushed in a crew of support staff and teachers to take their place. A class of students that may potentially have also been exposed to COVID at the time are also now in isolation. The TCDSB also confirmed that there is currently no COVID outbreak at the school.

Sources told the Star it is likely Salt contracted COVID though community transmission.

“It’s the saddest news,” he said. “Every staff member is valuable and to lose one to COVID is devastating. We pray for the person that is deceased and her family.”

Michele Henry is a Toronto-based reporter for the Star, writing health and education stories. Follow her on Twitter: @michelehenry