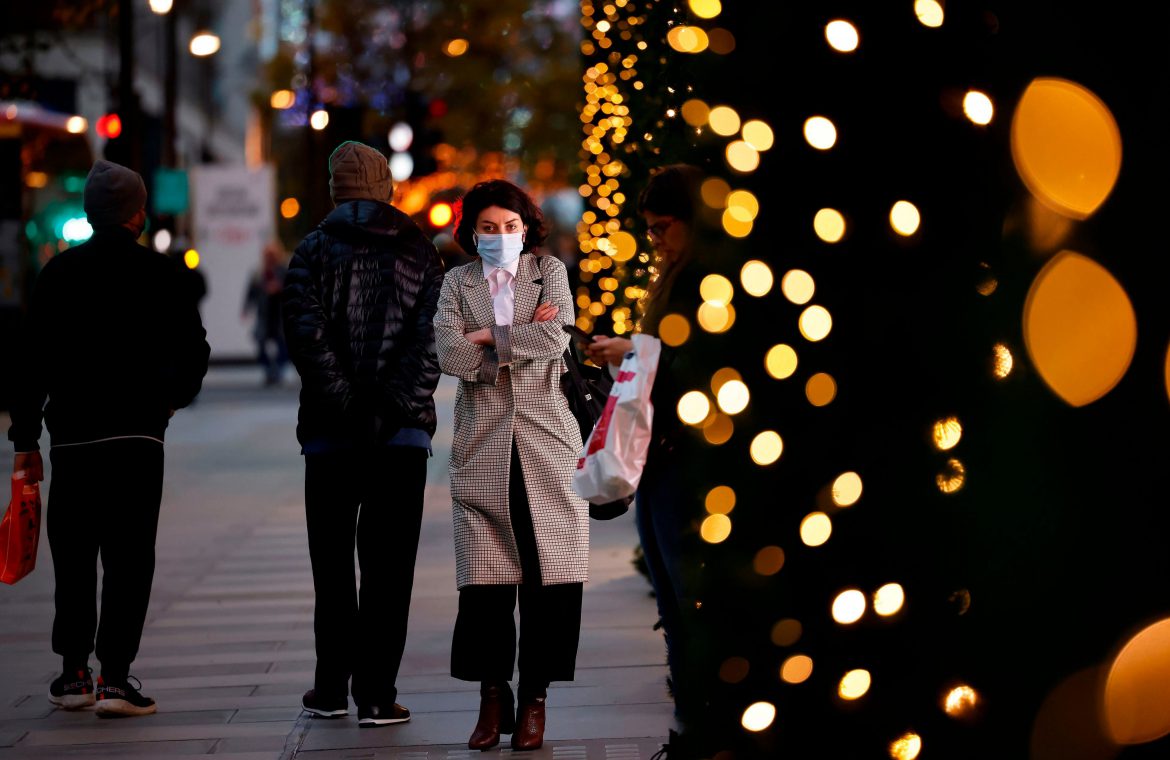 here is now “clear evidence” that top tier coronavirus restrictions worked, the expert in charge of the first national lockdown has said, as infection rates level out and even drop across England.

Professor Neil Ferguson, of Imperial College London said Tier 3 had worked to bring down infection rates in some areas, with Tier 2 also having an impact. However, he warned that tough measures may need to remain in place across swathes of the country when lockdown ends on December 2.

Their comments came as NHS hospital chief Chris Hopson warned that even a minor relaxation of controls for Christmas risked sparking an “uncontrollable flood” of cases in January.

The Minister for Care, Helen Whately, said of the rollout of weekly tests to homecare workers: “Homecare workers have been doing an incredible job throughout the pandemic, caring day in and day out and going the extra mile to keep people they care for safe from Covid.

“As our testing capacity continues to expand, I’m glad we’re able to take this next step and make regular testing available to homecare workers.

Now, as well as having personal protective equipment (PPE), homecare workers will be able to take a weekly test to check they don’t have coronavirus.

“We now have the largest testing capacity in Europe, so we’re using this to protect those who are at greater risk if they catch Covid.”

Carers looking after people at home will be able to access weekly coronavirus tests from Monday, the Department of Health and Social Care said.

Carers working for providers registered with the Care Quality Commission will receive weekly PCR tests which they can administer at home.

It is hoped this rollout will help identify more asymptomatic cases and protect vulnerable people receiving care at home.

While positivity rates have continued to increase in London, eastern England and south-east England, rates now appear to be decreasing in north-west England and the East Midlands, the ONS said.

The highest rates remain in north-west England (with an estimated 2.0 per cent of people in private households testing positive for Covid-19) and Yorkshire & the Humber (1.9 per cent).

An estimated 664,700 people in private households in England had Covid-19 between November 8 and 14, the ONS said.

This is the equivalent of around 1.22 per cent of the population.

The figures represent a slight increase from 654,000 people, or 1.20 per cent of the population, who were estimated to have Covid-19 in the period October 31 to November 6.

The ONS said there are “substantial differences” in positivity rates for different regions of England, which has led to a national rate “similar to last week”.

There were an average of 38,900 new cases per day of Covid-19 in private households in England between November 8 to 14, according to the latest estimates from the Office for National Statistics (ONS).

This is down from an estimated 47,700 new cases per day for the period October 31 to November 6.

The ONS said the rate of new infections “appears to have levelled off in the most recent week”.

The figures do not include people staying in hospitals, care homes or other institutional settings.

A former Tory minister has called for the Health Secretary to issue a correction to “avoid any damaging misunderstandings” after he signalled that the lockdown in England was showing “promising signs”.

Health Secretary Matt Hancock said the rate of coronavirus infections appeared to be flattening due to the tighter restrictions, which have been in place since November 5.

But Steve Baker, a prominent Conservative MP, said Mr Hancock’s statement flew in the face of scientific advice about any lockdown analysis.

“Government scientists briefing MPs were clear this week that the effects of lockdown would not be visible in the data until this weekend,” Mr Baker said.

“Cases may have flattened since lockdown, but any change is not yet because of lockdown.

“The Health Secretary knows this too. There is no excuse for a minister creating the impression this change was caused by lockdown.

“This statement should be corrected by the Health Secretary immediately to avoid any damaging misunderstandings about the interpretation of data.”

An NHS worker has become the first person to be recruited for the final stage trial of a coronavirus vaccine.

Claire Cole, head of research delivery at Manchester University NHS Foundation Trust (MFT), is the first person in the world to be consented into phase three of the study to test the safety and effectiveness of the two-dose vaccine regimen developed by the Janssen Pharmaceutical Companies of Johnson & Johnson.

Ms Cole is one of 6,000 volunteers in the UK, and of 30,000 worldwide, being recruited for the study, taking place at 17 National Institute for Health Research sites in the UK – including in Manchester.

She said: “Although I have worked in health research for a number of years, I never cease to be amazed by the life-changing, and sometimes lifesaving, impact research can have.

“This has never been truer than during the Covid-19 pandemic, where I have seen first-hand how rapidly clinical research can be translated into treatments for our patients.

“I wholeheartedly believe in the importance of taking part in research and am honoured to be the first person in the world to be recruited to the study, and one of the first to receive the vaccine, as part of this vitally important coronavirus vaccine trial.”

Researchers are urging more volunteers to come forward as other stage-three trials for potential vaccines are due to start in the next six months.

In particular, frontline workers, as well as volunteers from black, Asian and minority ethnic backgrounds, are being encouraged to take part in clinical studies.

1605871999Self-employed Londoners are continuing to struggle:1605871166An Evening Standard exclusive: London businesses are losing out on millions in Covid support