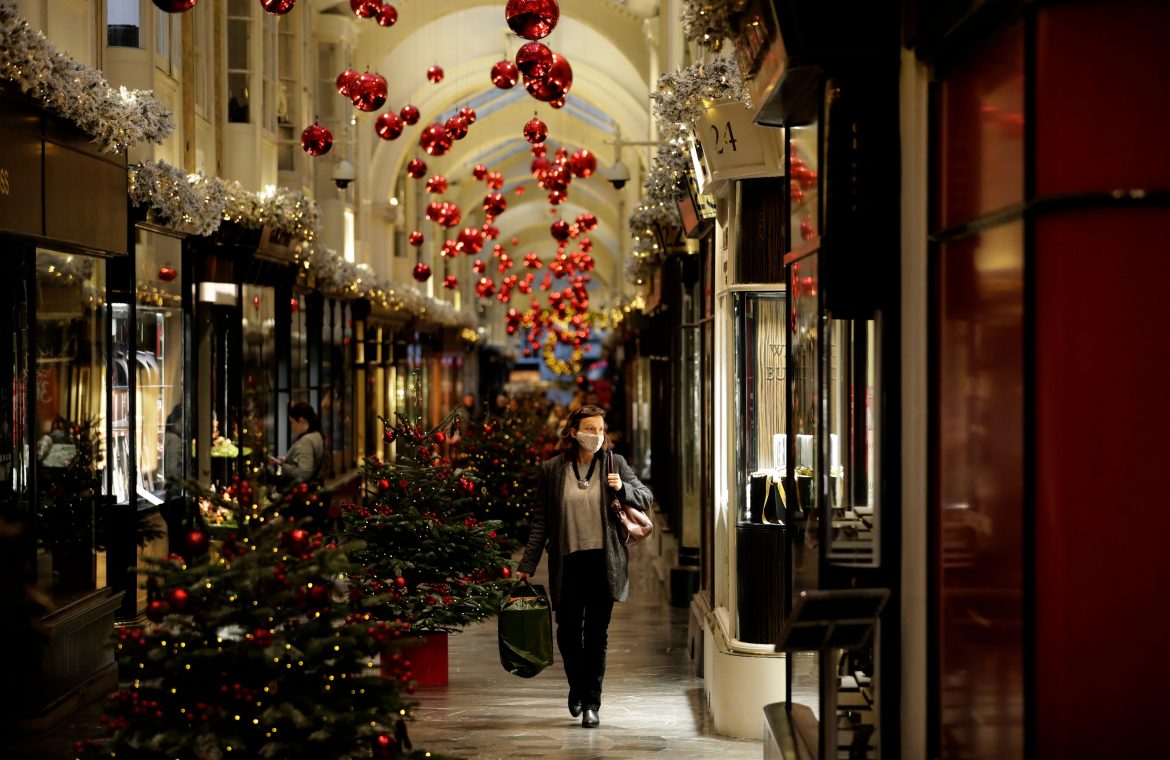 att Hancock is set to announce today which tier each local authority in England will be placed under when the second national lockdown comes to an end on December 2.

London is expected to go into Tier 2 along with most parts of the country. The change will mean that non-essential shops, restaurants, pubs and gyms can reopen in the city.

Andy Burnham tweeted: “Places put into Tier 3 today will get no additional business support funding than those in Tier 1 or Tier 2. Can that possibly be fair? #LevellingDown.”

In a report, UN Women found that women are doing even more chores around the house amid the coronavirus crisis.

1606380259Liverpool Mayor Joe Anderson says virus has been brought back under control in the city, adding that it is now ready for Tier 2

He told BBC Radio 4’s Today programme there have been no conversations about what tier the city will be in, but added: “I think the figures and the data justify Liverpool being at least, at least, in Tier 2.”

Asked if he would encourage other areas that are put in Tier 3 to put up with the restrictions, Mr Anderson said: “Yes, absolutely, because it’s about saving lives.

“There’s no question that the action that we’ve taken in Liverpool has saved lives.

“That’s what national government and local government should be about. It’s protecting your people and saving lives.”

“It just feels like the Government is failing to recognise the levels of student anger and student dissatisfaction with how they’ve been treated,” Larissa Kennedy told BBC radio 4’s Today Programme.

Ms Kennedy said all teaching is online for the vast majority of students, adding that some have about two hours of contact time, which students see as universities “just trying to cover their backs”.

Ms Kennedy said jobs that students would normally do in retail, hospitality and leisure “just do not exist”, meaning that they have been “hit very hard financially”.

She added: “So what needs to happen is a financial support package going to every single student to support them through this time, to recognise that the ways that they would ordinarily supplement and get by just aren’t there.”

When asked about those who are excluded from the benefits he announced on Wednesday, Mr Sunak told LBC he “respectfully disagrees” that three million people have been excluded.

The Chancellor said: “The scale of the response we have put in place is extraordinary and comprehensive.”

Mr Sunak gave an example of a group of people who he says haven’t been left out. He explained: “It’s people who are majority self-employed which means they make the majority of their earnings from being employed. But those people will have benefited from the furlough scheme.

He added: “Across the board we’ve done an enormous amount.”

Simon Emeny told BBC Radio 4’s Today programme: “I think the really difficult pill for us to swallow this week is that the extra restrictions that have been placed in Tier 2 will render something like 73% of sites in the industry in Tier 2 unprofitable and they’re unlikely to open.”

Mr Emeny said it’s a “great worry” for the entire sector, and also the Chancellor, as pubs will not be contributing “much-needed tax revenues”.

He said the attitude towards the hospitality sector “seems to have completely turned on its head”.

“Whilst we can now go to gyms, we can now have our hair cut and go to all shops in all tiers, in pubs they are being singled out for their own unique tier system, which not only is unjustified, but depriving many communities of a vital local amenity over the Christmas break,” he said.

1606377303Rishi Sunak says levels of unemployment in the UK are lower than in Spain, France and the US

Mr Sunak told LBC Radio: “My priority has always been jobs and if you look at our levels of unemployment rates are lower than Spain, France, Canada and the US. At least at the moment we’re in a relatively good place.”

The pubs giant swung into the red for the year to September 26 from pre-tax profits of £177 million the previous year as the spring lockdown and ongoing coronavirus restrictions saw revenues plunge 34% to £1.5 billion.

Mitchells, which also owns brands including Harvester and Toby Carvery, said the outlook was dependent on the Government’s restrictions to contain coronavirus.

“The future will remain both challenging and highly uncertain with the duration and depth of the trading restrictions imposed on the hospitality sector in response to the Covid-19 pandemic being, in the first instance, the primary determinant of our financial performance,” it said.

The Chancellor told Sky News: “I had to look at what’s happening between public and private sectors and we know there is already a disparity.

“A majority of people who work in the public sector next year will see their pay increase and I think that’s a reasonable approach given the circumstances.”

1606375264Brits will see a “tangible” change after lockdown comes to an end, says the Chancellor

Mr Sunak told Sky News: “This is all enormously frustrating but I think people will see a difference. In all cases shops will be open and communal worship can take place.

“Whichever tier you’re in I think people will see a tangible change. But obviously things aren’t going back to normal, we’re going to have to live with these restrictions to get through the winter, but because of hard work and sacrifices we’re in a much better place.”