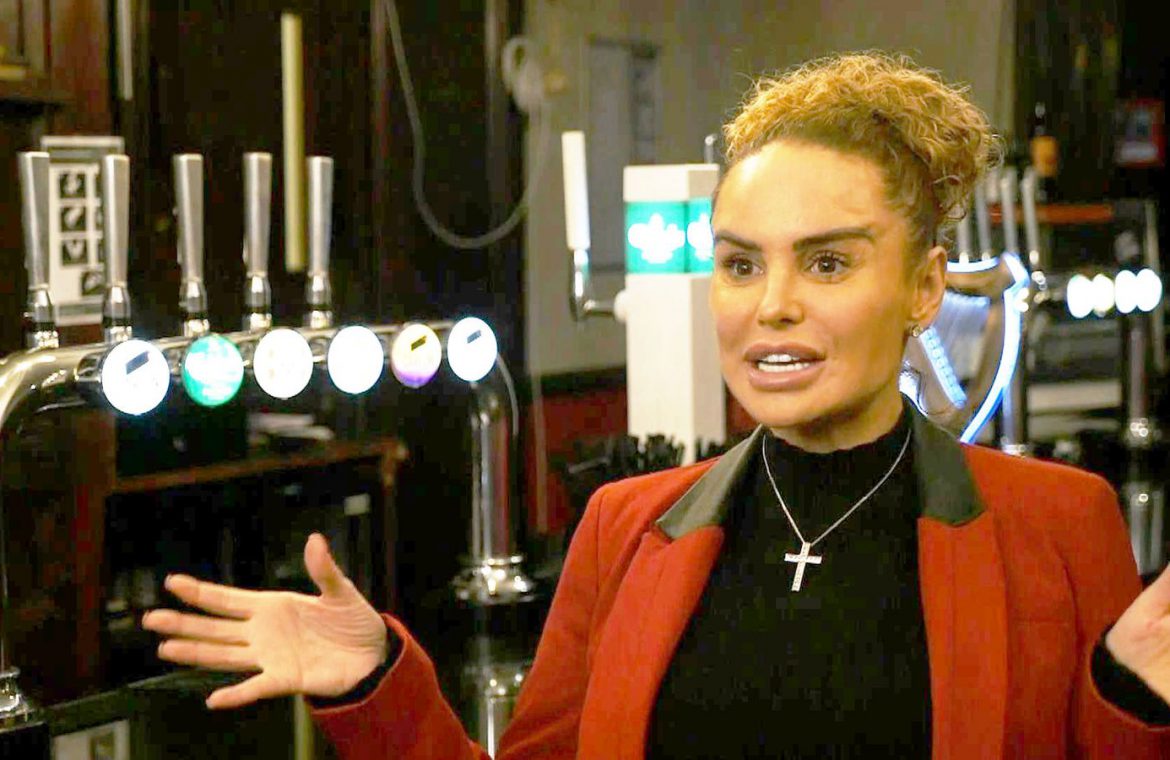 It was Kate Stewart’s birthday on the day the government dished out the new tiers for England.

“It’s 39, definitely not 40,” she tells us with a smile as we sit down in the empty bar of her pub in Anfield, Liverpool.

The kegs of beer at The Sandon are mostly empty, while the bottles of spirits were sold weeks ago, not long after the doors were closed for the second lockdown.

Image:
Kate says celebrating being in Tier 2 is just ‘kidology’

You might think that the Health Secretary Matt Hancock delivering the gift of Tier 2 restrictions instead of Tier 3 on her big day would be reason to celebrate.

She adds: “The 10pm curfew and all the things you still can’t do means this makes no difference at all for my pub and my business.”

The lighter restrictions will mean there’s a chance of very limited numbers of fans being allowed back inside the famous football stadium that’s just a short walk from Kate’s pub.

“It’s nothing to us, sadly. It’s a start, but it doesn’t bring the hundred people back we normally employ.”

Kate adds: “I am really genuinely pleased for all those businesses that can start operating again in Tier 2, I really am, but this isn’t a great victory for us.”

Image:
The Sandon is a short walk from Liverpool’s Anfield stadium

Hospitality businesses all over England are now working out what happens now the chance of a half-decent December is taken out by Tier 3 restrictions.

“Already loads from here [Liverpool] are going to north Wales for dinner with friends,” Kate says. “They are out of lockdown over there and it’s only thirty minutes away.

“Of course people are going over for a cheeky dine-in Nando’s or whatever – loads are doing it.”

The COVID-19 numbers have come down drastically in Liverpool because enough people have done what is asked of them. Not everyone, but enough.

Mass testing has helped, too, but neighbouring Knowsley has seen the same sort of reductions without the military teams deployed to test people without symptoms.

There is no easy answer yet. No really happy birthdays.

“None of this will improve until there’s a vaccine,” Kate tells us.

“And then you’ve got the whole debate over who will take it.”

Don't Miss it Why wasn't aged care in Victoria better prepared for coronavirus outbreaks? | 7.30
Up Next As Alberta’s COVID-19 cases rise, so do tensions over world juniors