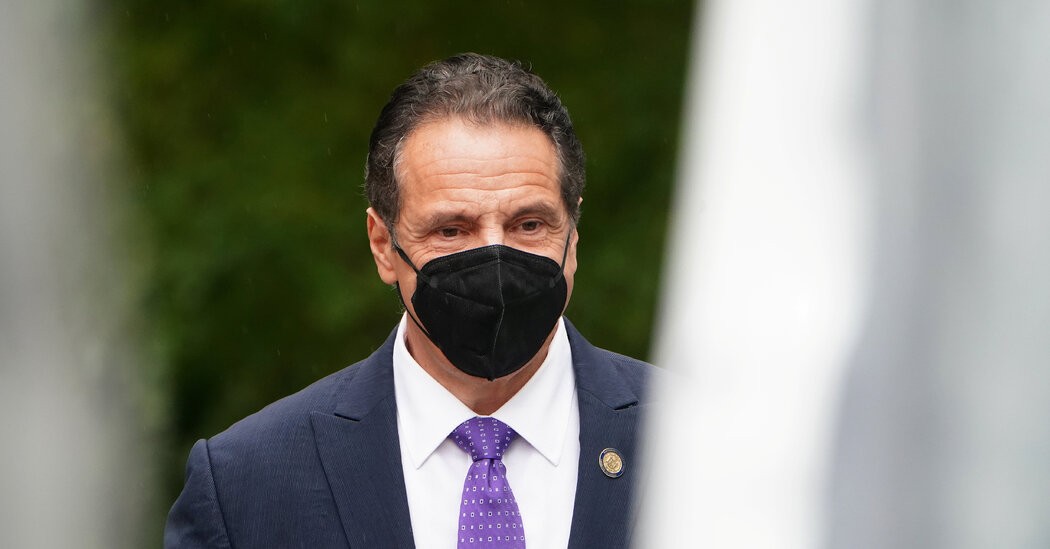 Weather: Nippy in the morning, but it warms up to around 50 under mostly sunny skies.

After tens of thousands of deaths over nine interminable months, a vaccine for the coronavirus might arrive in New York soon. Those who are most vulnerable to Covid-19 could be among the first people to receive doses.

If federal regulators authorize Pfizer’s vaccine for emergency use, enough doses for 170,000 New York residents could arrive on Dec. 15, Gov. Andrew M. Cuomo said at a news conference on Wednesday.

And New York City is expected to have received around 480,000 doses by the beginning of January, a spokesman for Mayor Bill de Blasio said. (There is likely some overlap between the doses the city and the state anticipate.)

[Which New Yorkers will be the first to get the vaccine?]

Still, Mr. Cuomo warned of hard days to come. New hospitalizations for Covid-19 continue to rise, with 3,924 reported in the state on Wednesday, up from 3,774 reported the day before.

Also on Wednesday, New York City reported a seven-day test positivity rate of 4.8 percent — its highest rate since May 29.

“The vaccination program is really the endgame here,” Mr. Cuomo said, acknowledging that some people might be skeptical and initially resist taking a vaccine.

Here’s what you need to know:

Two vaccines might be shipped to New York soon.

The Food and Drug Administration first needs to approve the vaccines — one by Pfizer, and another by Moderna — for emergency use. It was not immediately clear when the Moderna vaccine would arrive in the state or how many people it could cover.

Both pharmaceutical companies have said trials show their vaccines are over 90 percent effective in fighting the coronavirus. Patients would need two doses.

The C.D.C. has recommended that nursing home residents and health workers get the first doses.

Mr. Cuomo said New York wanted to prioritize the vaccination of health care professionals, nursing home residents and essential workers, as well as residents of the hard-hit neighborhoods, most of whom are Black or Hispanic.

The first vaccines would likely go to the approximately 210,000 people who live or work in New York’s nursing homes. As of July, more than 6,400 nursing home residents had died from Covid-19.

The state has told the Centers for Disease Control and Prevention that there are more than 800,000 critical health care workers in New York, and that they make up more than 4 percent of the population.

Getting all of those workers vaccinated could take awhile, experts said. That leaves the timeline for the average New Yorker largely unknown.

There’s more elbow room this year at the Winter Village at Bryant Park, the holiday market that includes, to the delight of many children, a free ice-skating rink.

Of course, that’s to be expected: The bazaar of holiday shops and food kiosks is a popular destination for tourists and office workers alike, but during the pandemic people have been largely absent from nearby Times Square and the rest of Midtown Manhattan.

The village is open weekdays from 11 a.m. to 8 p.m. through Jan. 3; it opens an hour earlier on weekends. Shoppers can browse for jewelry, apparel, artwork and crafts, among other items.

So far, the market is seeing only a third of the visitors it usually does at this time of year, according to Irene Vagianos, a vice president for the nonprofit Bryant Park Corporation, which manages the park.

That’s in part by design. There are roughly 60 booths — normally about 175 vendors set up shop — and the temporary rink is allowing only up to about 200 people to skate at once, instead of nearly 500, in an effort to maintain social distancing.

Skating is also a bit more complicated than it used to be. People must reserve tickets ahead of time, wear face masks and wear a drawstring bag onto the ice for their shoes unless they pay to check them. (There are no lockers this year because of the virus.)

Even with less foot traffic, Dan Biederman, president of the Bryant Park Corporation, says demand has been robust, in part because the holiday markets in Union Square and Columbus Circle will not open, and theaters and other diversions are closed.

“There’s not much to do in Manhattan,” he said.

“I can’t tell you how many people thank us.”

I had celebrated my 78th birthday with a few relatives at my sister’s home in Connecticut. We ate, watched a video, opened presents and talked. It was a lovely day that came to its conclusion with me taking a cab to my apartment from the 125th Street train station.

As we approached my building, I found that I wanted to hold onto the day a little while longer. I told the driver that it was my birthday.

I had paid him and was preparing to get out of the cab when I noticed that he was rather frantically looking for something. I was a little curious about what he was doing, but I was mostly focused on the delicate task of climbing out of the car.

“Happy Birthday!” he said, reaching his hand awkwardly toward the back seat. Did he want me to shake it? I was confused.

“Look,” he said, opening his palm.

In it was a single hard candy.

New York Today is published weekdays around 6 a.m. Sign up here to get it by email. You can also find it at nytoday.com.

What would you like to see more (or less) of? Email us: nytoday@nytimes.com.

Don't Miss it York Region avoided a lockdown. But with ‘concerning’ COVID-19 numbers, can it escape the fate of Peel and Toronto?
Up Next Coronavirus update August 1st: Masks recommended in Sydney transmission hotspots | ABC News