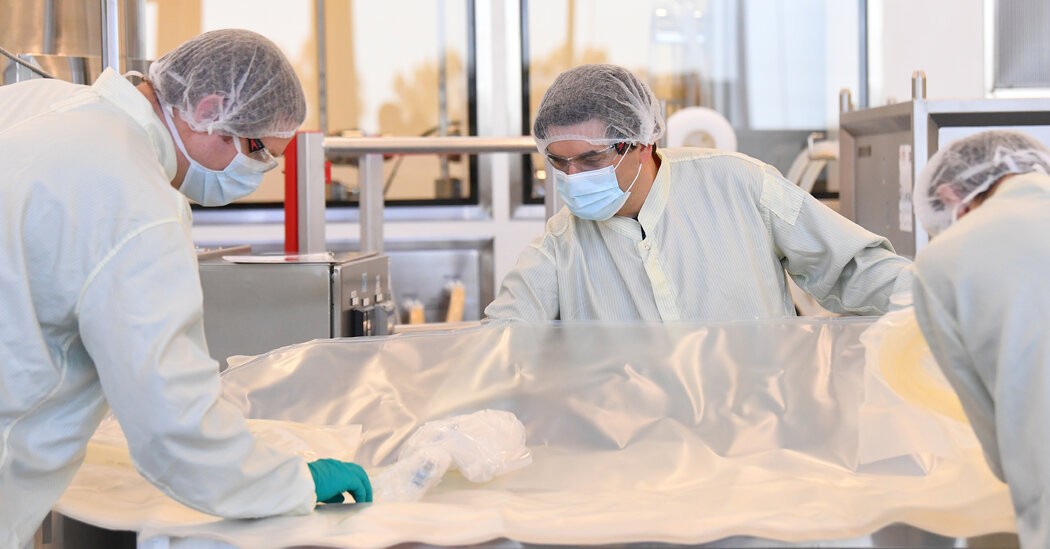 Australia on Friday canceled a roughly $750 million plan for a large order of a locally developed coronavirus vaccine after the inoculation produced false positive test results for H.I.V. in some volunteers participating in a trial study.

Of the dozens of coronavirus vaccines being tested worldwide, the Australian one was the first to be abandoned. While its developers said the experimental vaccine had appeared to be safe and effective, the false positives risked undermining trust in the effort to vaccinate the public.

Prime Minister Scott Morrison on Friday said that his government would compensate for the loss of 51 million doses it had planned to buy from the Australian consortium in part by increasing orders of vaccines made by AstraZeneca and Novavax. The government has said it plans to begin inoculating citizens by March.

“We can’t have any issues with confidence,” he told reporters, “and we are as a nation now, with a good portfolio of vaccines, able to make these decisions to best protect the Australian people.”

The Australian setback showed the missteps that can inevitably occur when scientists, during a pandemic that has killed more than 1.5 million people, rush to condense the usual yearslong process to develop vaccines into a matter of months.

But just as the Australian scientists made their announcement, the fruits of that race became clearer. The United States moved a step closer to issuing its first approval for a Covid-19 vaccine, as a panel of experts who advise the Food and Drug Administration endorsed a Pfizer vaccine that is already in use in Britain.

The trouble that arose with the Australian vaccine, developed by the University of Queensland and the biotech company CSL, was related to its use of two fragments of a protein found in H.I.V.

The protein formed part of a molecular “clamp” that researchers placed on the spikes that surround the coronavirus and allow it to enter healthy cells. The clamp stabilizes the spikes, allowing the immune system to respond more effectively to the vaccine.

The use of the H.I.V. protein posed no risk of infecting the volunteers with that virus, the researchers said. But the clamp generated the production of antibodies recognized by H.I.V. tests at higher levels than the scientists had expected.

Because H.I.V. tests could not be rapidly re-engineered to account for this, the researchers decided to abandon development of the vaccine. Proceeding could have led to widespread anxiety among Australians that the vaccine could cause AIDS.

Early experiments on hamsters showed that the vaccine protected them from the coronavirus. When Phase 1 trials on humans began in July, the 216 volunteers were “fully informed of the possibility of a partial immune response” to the clamp, the University of Queensland and CSL said in a statement on Friday.

The mistake, said John P. Moore, an immunologist at Weill Cornell Medical College in New York, was an “honest error” that cost money, not human lives.

“I’m sure a lot of people are very embarrassed by it,” Professor Moore said. “It’s not great to be associated with a mistake like this. But when you’re running at 90 miles an hour, sometimes you trip.”

The Coronavirus Outbreak ›Words to Know About Testing

Confused by the terms about coronavirus testing? Let us help:

Antibody: A protein produced by the immune system that can recognize and attach precisely to specific kinds of viruses, bacteria, or other invaders.Antibody test/serology test: A test that detects antibodies specific to the coronavirus. Antibodies begin to appear in the blood about a week after the coronavirus has infected the body. Because antibodies take so long to develop, an antibody test can’t reliably diagnose an ongoing infection. But it can identify people who have been exposed to the coronavirus in the past.Antigen test: This test detects bits of coronavirus proteins called antigens. Antigen tests are fast, taking as little as five minutes, but are less accurate than tests that detect genetic material from the virus.Coronavirus: Any virus that belongs to the Orthocoronavirinae family of viruses. The coronavirus that causes Covid-19 is known as SARS-CoV-2. Covid-19: The disease caused by the new coronavirus. The name is short for coronavirus disease 2019.Isolation and quarantine: Isolation is the separation of people who know they are sick with a contagious disease from those who are not sick. Quarantine refers to restricting the movement of people who have been exposed to a virus.Nasopharyngeal swab: A long, flexible stick, tipped with a soft swab, that is inserted deep into the nose to get samples from the space where the nasal cavity meets the throat. Samples for coronavirus tests can also be collected with swabs that do not go as deep into the nose — sometimes called nasal swabs — or oral or throat swabs.Polymerase Chain Reaction (PCR): Scientists use PCR to make millions of copies of genetic material in a sample. Tests that use PCR enable researchers to detect the coronavirus even when it is scarce.Viral load: The amount of virus in a person’s body. In people infected by the coronavirus, the viral load may peak before they start to show symptoms, if symptoms appear at all.

The University of Queensland vaccine was one of several under development that contain a coronavirus protein that prompts a response from the immune system. Protein-based vaccines have a longer track record than some of the newer approaches used by competing coronavirus vaccines, such as those based on viral genes or so-called adenoviruses.

Prominent protein-based vaccines include one made by the Maryland-based Novavax, which is in Phase 3 trials, and another from Clover Biopharmaceuticals of China that is in Phase 1 trials.

In the case of the Australian vaccine, it was found to produce a strong immune response and caused no serious side effects in the Phase 1 trial, according to the scientists’ statement. But proceeding with the vaccine trial would have required “significant changes” in longstanding H.I.V. testing procedures, they said.

“Doing so would set back development by another 12 or so months, and while this is a tough decision to take, the urgent need for a vaccine has to be everyone’s priority,” Paul Young, a virologist at the university who helped lead the vaccine effort, said in the statement. He did not immediately respond to a request for comment on Friday afternoon.

Australia’s health minister, Greg Hunt, told reporters that the country still had access to 140 million units of coronavirus vaccines — more than enough to cover its population of about 25 million people.

“This is the scientific process working,” Mr. Hunt said. “It’s the planning process working. It’s an honest explanation of some of the challenges we’ve had.”

Don't Miss it Today’s coronavirus news: Update expected Friday on Ontario’s plans to rollout COVID-19 vaccine; Conspiracy theories, including those by QAnon, have gained traction as the COVID-19 pandemic fuels fear
Up Next New Victorian COVID-19 cases back above 200 as Brisbane cluster grows | ABC News