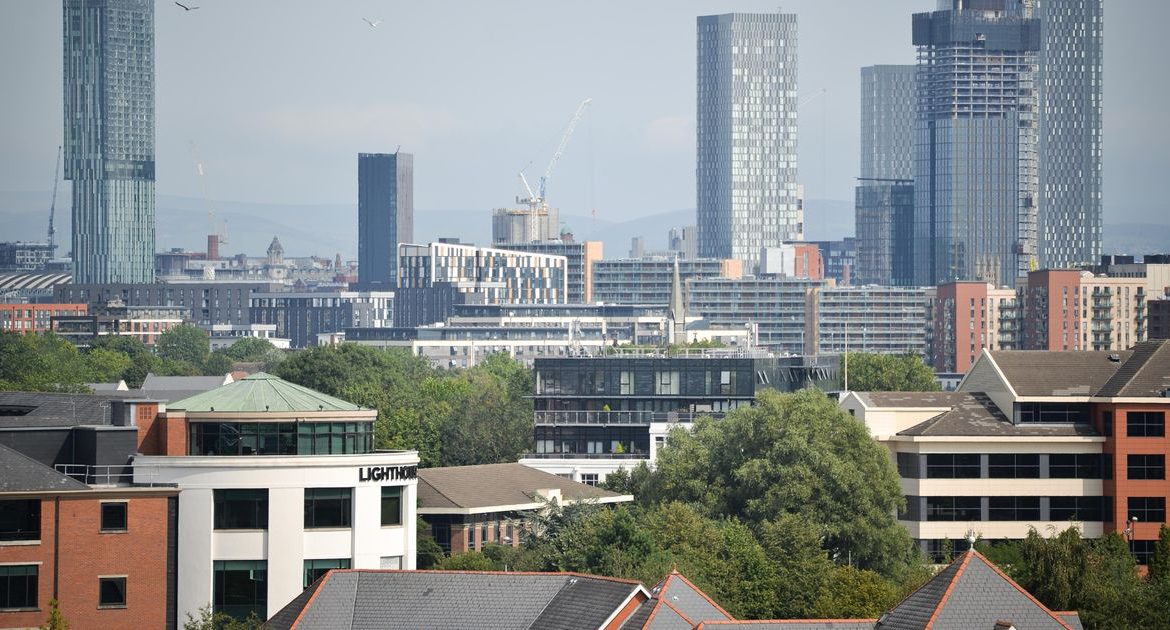 Public Health data from the week ending December 6 shows that boroughs which lie south of the city now have an infection rate lower than the national average.

It comes as Greater Manchester Mayor Andy Burnham said the disparity in rates could see the conurbation split up into different tiers when the government come to review the system next week.

He added that leaders would prefer to see the region move ‘as one,’ but accepted that discussions would need to take place with local MPs in the coming days.

Both Trafford and Stockport have remained among the lowest end of the spectrum in recent weeks, with infection rates down to 85.5 and 121.3 per 100,000 people on December 6.

This is significantly lower than the national average which has crept up slightly week-on-week to 156.2.

Cases are also relatively low to eastern and western parts of the city, with Tameside recording a rate of 109.9 and Salford 133.7.

Meanwhile in London, rates are continuing to rise at a consistent pace – sparking fears the city could be placed into Tier 3 at the new review.

The rate of infection in the capital was 198.9 on December 6, that’s an increase in cases of 25 per cent from the week before, and significantly higher than Greater Manchester’s average of 158.2.

Cases are continuing to fall in nine out of the region’s 10 boroughs, but the rate at which they are falling has been flattening out in some places.

There were 652 new cases added across Greater Manchester in the seven days leading to December 6, that’s exactly the same number as last Thursday (December 3).

Bury has been seeing a rise in the infection rate for the first time since November, and now stands at 231.4 per 100,000 of the population.

There were 442 new cases of Covid-19 recorded in the borough in the last seven day period, that’s an increase of 15 per cent week-on-week.

The M.E.N has revealed that this spike could have been caused by two outbreaks at local care homes in the ward of Whitehead Park.

Other northern boroughs of the city including Rochdale, Wigan, Bolton, and Oldham are still seeing a fall in cases, but infection rates all remain higher than the national average.

In Wigan, the rate at which cases are falling appears to be plateauing, with a rate of 192.3 on December 6.

There were 632 new positive tests in the last seven day period, that’s a fall of 6 per cent from the week before.

Rates also appear to be flattening in Manchester and Stockport, with cases falling by 5 per cent and four per cent respectively week-on-week.

Andy Burnham said he does not want to see a ‘piecemeal, patchwork’ release from the tier-system across Greater Manchester.

He suggested that ‘clusters’ of boroughs across ‘natural travel areas’ could be grouped together so that some boroughs could be removed from the highest restrictions.

There is still a case to move as one conurbation, by Mr Burnham recognised that the aggregated numbers ‘conceal a fairly wide range of numbers from top to bottom.’