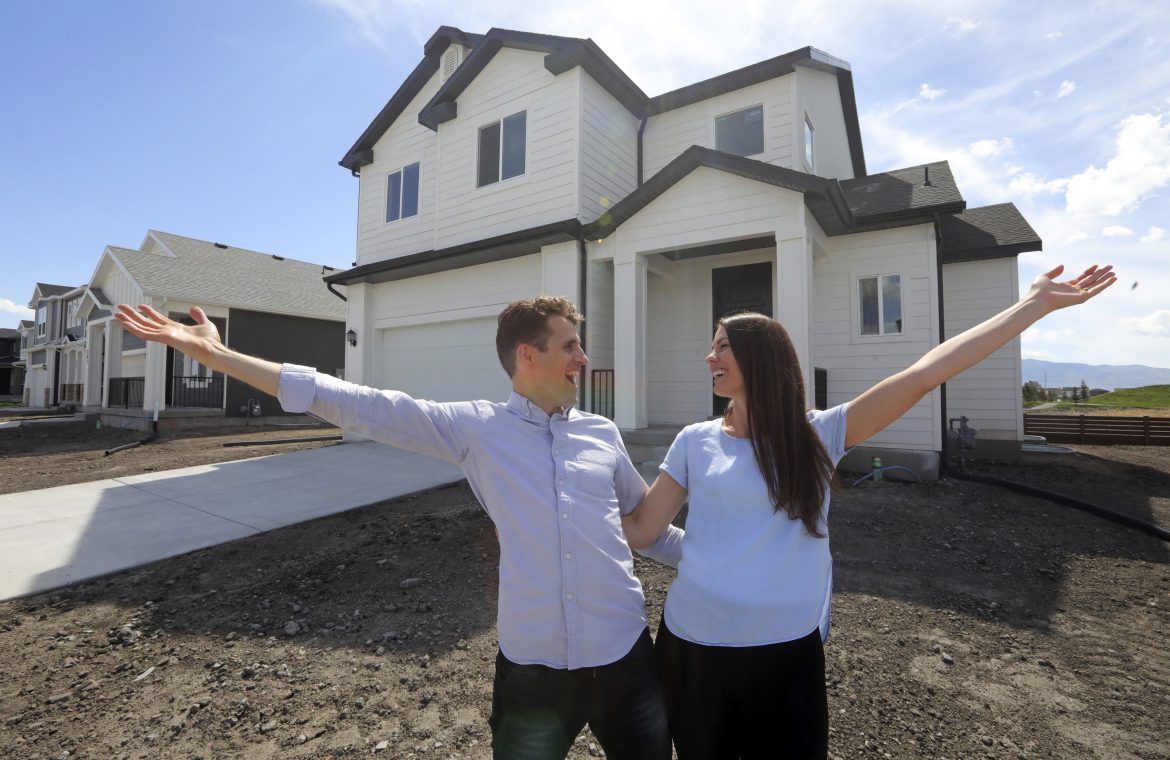 FOX Business’ Kristina Partsinevelos on the new trend of buying fully furnished apartments and homes during the coronavirus pandemic.

In America’s last recession, the housing market was at the epicenter, with plummeting values and foreclosures turning once-thriving suburbs into ghost towns.

More than a decade later, it has become the rare success story in an even broader downturn that has crushed industries from restaurants to airlines and driven unemployment above its financial crisis peak.

The drivers are record-low interest rates anchored by the Federal Reserve’s bond-buying program, a flood of government stimulus money and tight supplies, all of which have combined to lift home prices by 10.8% over the past year, creating one of the strongest housing markets of the past 20 years.

“There seems to be no end in sight for this one if interest rates stay as low as they are until such time as home prices start to really move,” Jeffrey Gundlach, CEO and chief investment officer of Los Angeles-based DoubleLine Capital, said on a conference call this week. DoubleLine has $148 billion in assets under management,

Millennials, the generation between the ages of 24 and 39, have recently become a driving force in the housing market after being sidelined by the 2008-2009 financial crisis, which left many buried in student loan debt and unable to afford a down-payment.

With growth expected to be higher than the interest rate paid on mortgages, those payments will be more affordable so long as wages remain constant.

“If buying a home means you need to take a mortgage now and in the future, I think you should buy it now,” Gundlach said when asked if it’s a good time to help millennials acquire houses.

Many of the cohort have already been attracted by rock-bottom interest rates. Millennials accounted for 34% of home purchases in July, according to the National Association of Realtors, and they are expected to buy 15 million homes over the next decade.

BILLIONAIRE JEFFREY GUNDLACH EXPLAINS WHAT COULD MAKE HIM FLEE CALIFORNIA

While rates are expected to remain low over the near-term, the Federal Reserve will eventually attempt to lift its benchmark federal funds rate from nearly zero.

The central bank said in September that it expects to keep interest rates low through 2023, until inflation is consistently strong. Consumer prices rose just 1.2% year-over-year in November, considerably below the Fed’s 2% target.

When inflation does return — and it may be sooner than expected, with economists at Goldman Sachs forecasting expansion of 5.3% in the year ahead — the central bank plans on letting it run above the 2% target believed to represent stable growth “for some time.”

“The rates are super low,” Gundlach said. “It is a good time to buy a home right now.”