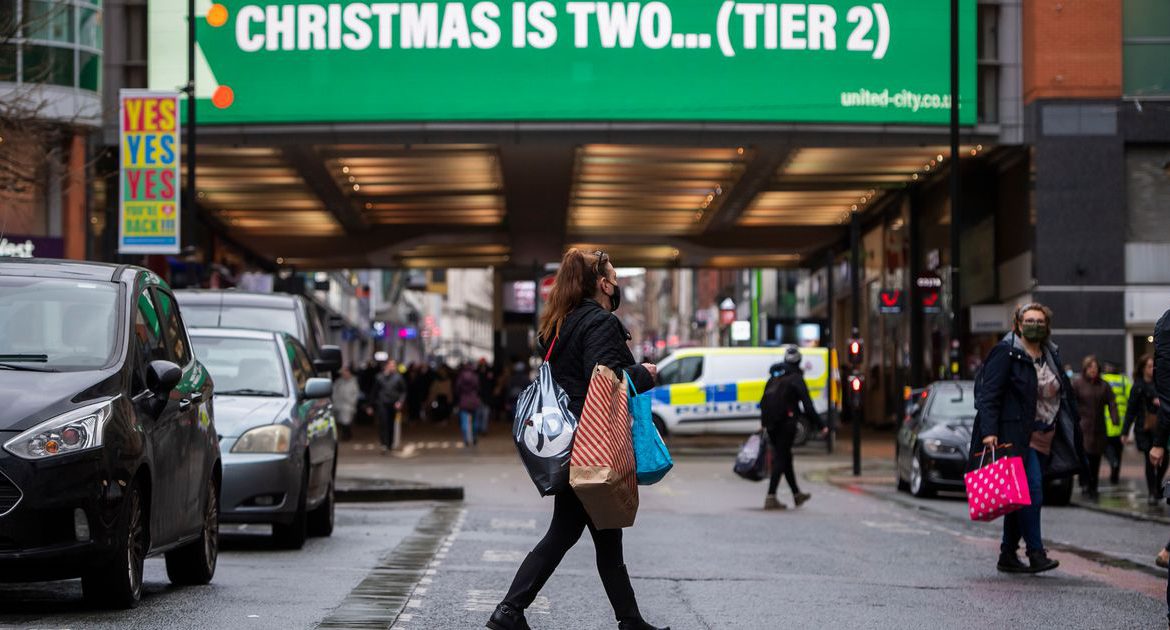 The coronavirus infection rate for Greater Manchester has fallen again, raising hopes the region could be lifted out of Tier 3 restrictions.

The latest figures show there were 153.4 positive tests in Greater Manchester for the week ending December 9 for every 100,000 people in the local population, down 7.7 per cent compared to the week before.

It puts our region significantly lower than the infection rate for England, which has risen by 15 per cent to 172.8 over the same period.

The gap was widening, the figures suggest.

The infection rate for London, which remains in Tier 2, rose 40 per cent during the same week to 241.5.

Although current infection rates in Greater Manchester vary dramatically borough by borough, none of them has a higher rate than the London average.

The drop in the number of cases being recorded in Greater Manchester over the last few weeks will raise hopes that some, if not all of, the region will be downgraded to more relaxed Tier 2 restrictions when officials carry out a review on Wednesday.

If Greater Manchester was downgraded, it would mean pubs and restaurants could re-open just before Christmas, although with restrictions still in place.

The latest Public Health England figures show that Tameside now has the lowest infection rate (91.8) in Greater Manchester, a fall of 32 per cent compared to the previous week.

Only two boroughs saw infection rates rise (Trafford and Manchester) but only by a single per centage point.

The infection rate had been rising recently in Bury but was down four per cent to 211.5, the highest in Greater Manchester.

You can sign up very simply by following the instructions here

Overall, the infection rate continues to fall in Greater Manchester although that fall appears to be flattening out.

The trend in Trafford remains upward and the the figures over the last few days suggest it could top 100 again this week.

The government is due to review all tiers on December 16 – two weeks after the system was first implemented.

An announcement on any changes to the allocations is then expected the following day.

Greater Manchester Mayor Andy Burnham said the disparity in rates could see the region split up into different tiers when the government come to review the system next week.

He added that leaders would prefer to see the region move ‘as one,’ but accepted that discussions would need to take place with local MPs in the coming days.