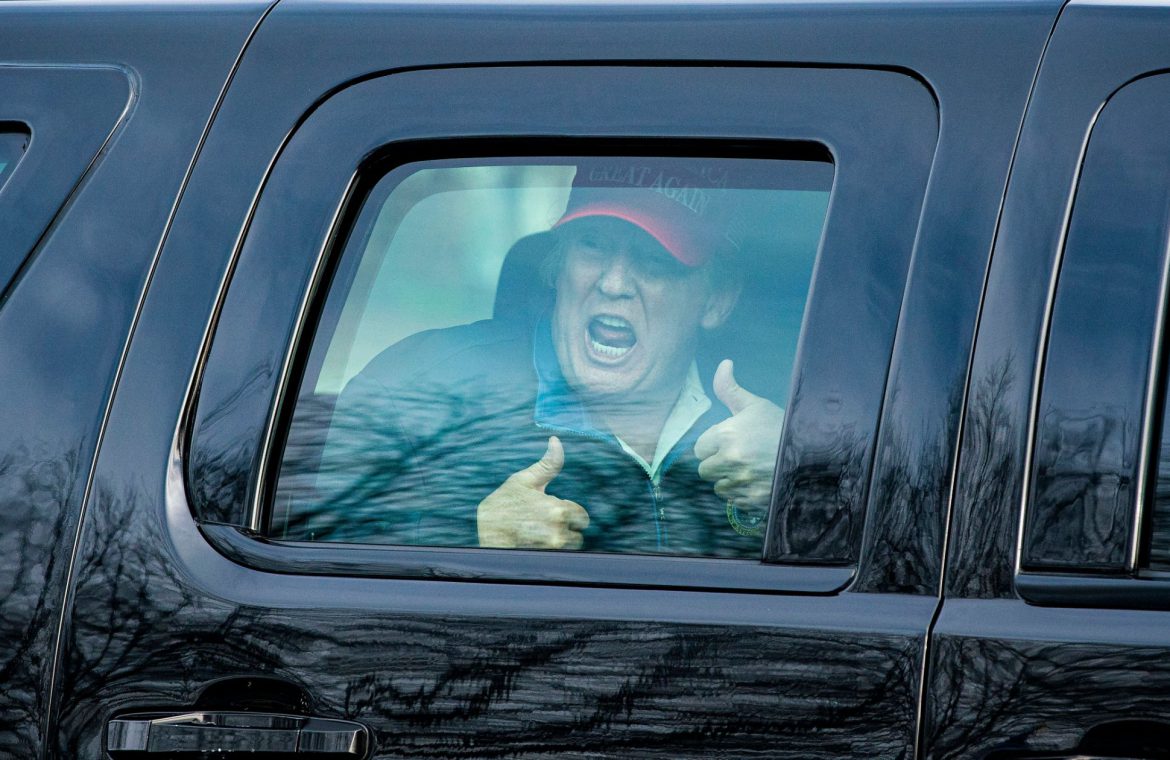 WASHINGTON – President Donald Trump, Vice President Mike Pence and other top federal office-holders will be offered COVID-19 vaccines over the next week-and-a-half to guard against an outbreak that could cripple the functions of government, officials said Sunday.

The shots will be offered to officials across all three branches of government, including leaders at the White House, in Congress, and on the Supreme Court, officials said. White House staff members who work in close proximity to Trump are also expected to get early vaccines.

Dozens of staffers and visitors to the White House have tested positive for the virus throughout the pandemic, including the president.

Two government officials confirmed the vaccination plan, speaking on condition of anonymity because details on who, when, and where are still being worked out. They said the plan will roll out over the next 10 days.

One goal of the program is to build public confidence in the vaccine.

Former presidents Barack Obama, George W. Bush, and Bill Clinton have volunteered to take vaccines as a show of confidence. It is unclear when, or even if, Trump will receive a vaccination; the president was diagnosed with COVID-19 in October. But aides have said Trump is willing to take the vaccine in public to build public confidence in the medicine.

It was also not clear if President-elect Joe Biden, Vice President-elect Kamala Harris and other members of Biden’s transition team would be offered vaccinations during the early rollout.

President Donald Trump gives a thumbs up towards supporters as he departs Trump National Golf Club on Dec. 13, 2020, in Sterling, Virginia.

The Food and Drug Administration on Friday approved a vaccine developed by Pfizer. On Sunday, the Centers for Disease Control and Prevention formally announced that it had signed the Advisory Committee on Immunization Practices’ recommendation of the first authorized coronavirus vaccine as the first doses rolled out on trucks from a Pfizer manufacturing plant in Kalamazoo, Michigan.

The vaccine comes as the pandemic has continued to spread throughout the U.S. and the number of deaths caused by the virus approaches 300,000.

‘A story of darkness and light’: As US nears 300,000 COVID-19 deaths, vaccines bring hope for better days

During an interview with ABC News’ “This Week,” FDA Commissioner Stephen Hahn said, “Obviously, with the supply that we have right now” there is “likely going to be a very targeted approach” to distributing the vaccine.

Officials said high-ranking personnel at the White House and elsewhere are being moved toward the front of line for vaccinations because of “continuity of government” plans designed to ensure that the federal government can continue to function in the event of a national emergency.

“The American people should have confidence that they are receiving the same safe and effective vaccine as senior officials of the United States government on the advice of public health professionals and national security leadership.”

The distribution plan for the federal government will follow a 2016 presidential directive that outlines which jobs are considered “national essential functions,” officials said.

The plan says the “actions for the executive branch should be undertaken in parallel with the legislative and judicial branches of government,” and “vaccines for the appropriate leadership and staff across all branches is an appropriate way to achieve this.”

COVID-19 vaccines: What we know about Operation Warp Speed distribution

Don't Miss it Coronavirus: What’s happening in Canada and around the world Sunday
Up Next Tasmania's public health authorities recommend people in quarantine test for coronavirus | ABC News