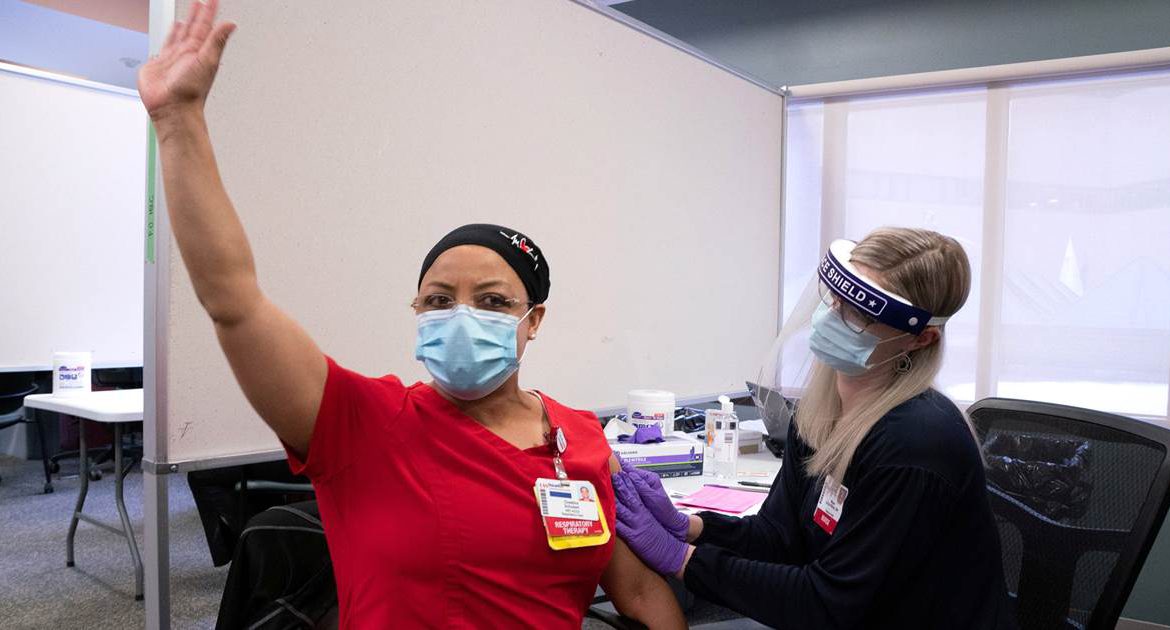 LONDON — Lost among the jubilation of America’s vaccine rollout this week is an uncomfortable reality: The world’s poorest countries will have to wait months and possibly years to see any doses at all.

The U.S., Canada, Britain and the European Union have pre-ordered enough Covid-19 shots to inoculate their populations several times over, subject to regulatory approvals.

In this critical game of medicine logistics — where supply is small but demand immediate and universal — campaigners and some officials accuse these wealthy nations of snapping up orders and hoarding more than they need.

The People’s Vaccine Alliance, a collaboration between several aid groups including Oxfam and Amnesty International, has said that unless drastic measures are taken nearly 70 poor countries will be unable to vaccinate 90 percent of their populations next year.

“Higher income countries like the U.S. and the U.K. are putting themselves at the front of the line — that’s obviously what’s happening,” Philip Clarke, a professor of health economics at the University of Oxford, said. “The clear failure here is not having stronger international institutions and stronger funding to pay for a vaccine globally.”

One of these institutions is COVAX, led by the World Health Organization, whose aim is to stop this exact thing from happening. It has raised $2 billion from dozens of countries and international organizations, and wants to provide 1 billion shots to poor countries next year.

It was undermined from the start, supporters say, after President Donald Trump declined to give the scheme any backing. Russia is the only other major economy to opt out.

COVAX says it’s still $4.3 billion short of the cash it needs. And many experts are now skeptical it will ever provide the developing world with the necessary protection.

There are plenty who saw this coming. Back in April, keen observers predicted a sorry repeat of the 2009 swine flu pandemic, which saw rich countries push past poor ones to the front of the vaccine line. Today, vaccine nationalism is once again moving “at full speed,” United Nations Secretary-General Antonio Guterres warned at a news conference last week.

COVAX has signed advanced purchase orders for 700 million doses, but no deals to ship them to their destinations. This modest stockpile remains dwarfed by the almost 4 billion doses secured by rich nations, according to research by Duke University.

Data compiled by Airfinity, a science analytics company, shows that almost half of COVAX’s pre-orders are from AstraZeneca and Oxford University, whose vaccine is awaiting regulatory approval. Most of the rest are by Sanofi and GlaxoSmithKline, whose candidate has been delayed until late 2021 after trials showed a weak response in older people.

COVAX is in talks with Pfizer-BioNTech. But these shots are far more expensive and experts say they would be unsuitable for developing nations because they need to be kept at extremely low temperatures.

Even if the program succeeds in its eventual aim of inoculating 20 percent of people in poor countries, it will fall way short of providing them with herd immunity. The researchers at Duke believe there won’t be enough vaccines produced for the whole world until as late as 2024.

Asked about these challenges, a spokesman for Gavi, the vaccine alliance, another organization coordinating COVAX, remained optimistic about its prospects.

“With strong commitment from vaccine manufacturers and the right level of backing from donor governments, we can ensure global access to doses in a timely fashion for all countries, not just those able to pay their own way,” a spokesman said via email.

But WHO Director-General Tedros Adhanom Ghebreyesus struck a far less confident note Monday. “High-income countries are now starting to roll out vaccines, while those in low-income countries can only watch and hope,” he told a meeting to discuss this issue, warning that COVAX was already “at risk of failing to fulfil its potential.”

Vaccines made by Chinese company Sinovac wait to be loaded onto a plane at the Beijing International Airport in Beijing this month.Indonesian Presidential Palace / AP

Some experts say it’s unsurprising these altruistic efforts have been outmatched by the medical-industrial complex that underpins rich nations’ relationships with big pharmaceutical companies.

The U.S. has a world-class medical regulator that works hand in glove with drugmakers to approve vaccines efficiently. It is home to Pfizer and its manufacturing facilities, and it has the economic and infrastructural wherewithal to conduct mass rollouts.

“COVAX doesn’t have the power it needs, it doesn’t have the money it needs and it’s too slow, because governments like the U.S. have already made their deals quickly,” according to Dr. Natalie Roberts, director of studies at Doctors Without Borders, a humanitarian organization. “The vaccines just aren’t available because they’ve already been bought by others — it’s too late.”

Few claim this is an easy balance to strike. Only a brave politician would tell their electorate they are diverting vaccines away from their own hospitals and sending them to a faraway land. Some bioethicists say it’s only right for the U.S. and others to get the vaccines first, having invested billions to produce them in such record time.

But there may be a selfish reason to vaccinate the world. Even if the U.S. achieves herd immunity, the minority of Americans who aren’t vaccinated could still get infected if the disease is rampant elsewhere in the world.

“No-one is safe until we are all safe,” German President Frank-Walter Steinmeier told the World Health Summit this month. “Even those who conquer the virus within their own borders remain prisoners within these borders until it is conquered everywhere.”