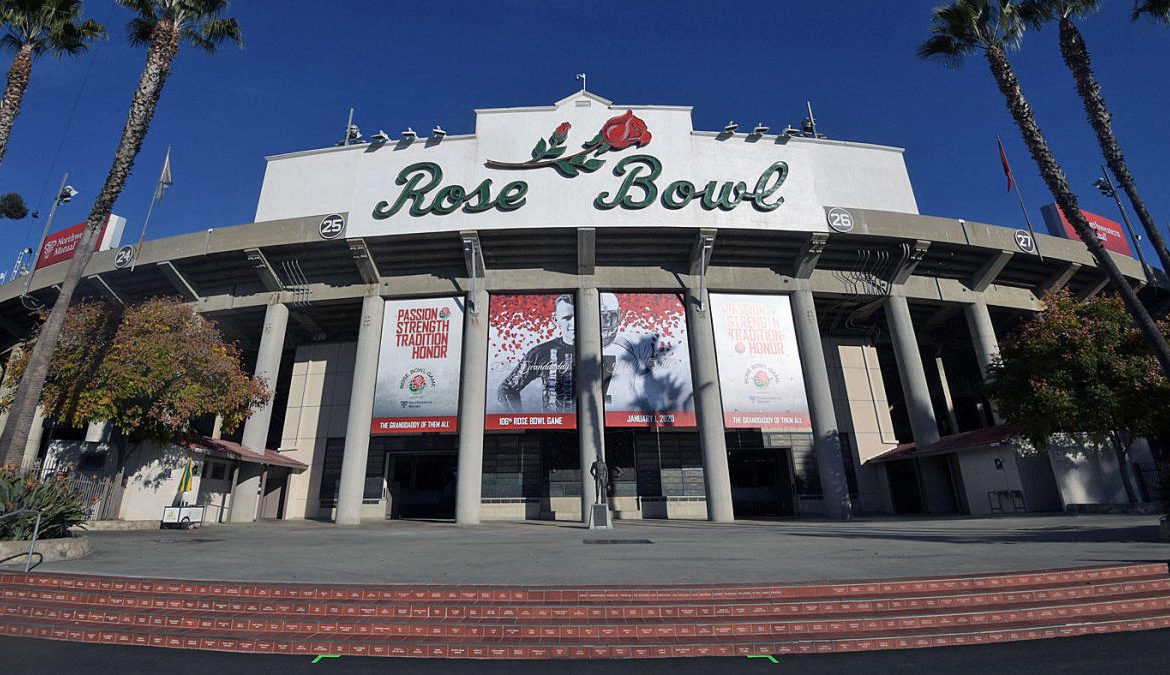 With local and regional health statutes preventing fans from being in attendance, the College Football Playoff semifinal at the Rose Bowl has been moved to AT&T Stadium in Arlington, Texas. The move, announced Saturday evening by the Pasadena Tournament of Roses, is a result of a “growing number of COVID-19 cases in Southern California along with the inability to host player and coach guests at any game in California.”

The semifinal will still be played on Jan. 1, two days after the Cotton Bowl, but it’s unclear whether it will still be called the “Rose Bowl”. Unlike other college football postseason games, the Rose Bowl is a part of the Master License Agreement and co-owned by the Pasadena Tournament of Roses and the City of Pasadena.

If it does maintain the Rose Bowl moniker, it will be the first time it has not been played in Pasadena at the Rose Bowl Stadium since January 1942 on the heels of the Pearl Harbor attack.

“We know that the decision was not an easy one to make,” said David Eads, Tournament of Roses CEO and executive director. “While we remain confident that a game could have been played at the Rose Bowl Stadium, as evident in the other collegiate and professional games taking place in the region, the projection of COVID-19 cases in the region has continued on an upward trend.”

“We are very grateful to Rose Bowl officials and the City of Pasadena. They have worked hard to listen to the concerns of the CFP, the teams that might have played there, and their state and government officials,” said CFP executive director Bill Hancock. “The Tournament of Roses has acted in the best interest of the people who live in Southern California. And we’re grateful to Cotton Bowl and AT&T Stadium officials for their ability to make this late switch possible.”

Momentum to move the game picked up in recent days. Notre Dame coach Brian Kelly expressed his dismay at the prospect of playing without parents being able to attend, going so far as to indicate his team may boycott the game. Clemson coach Dabo Swinney expressed a similar sentiment.

The other CFP semifinal is the Sugar Bowl in New Orleans, which also set for Jan. 1.