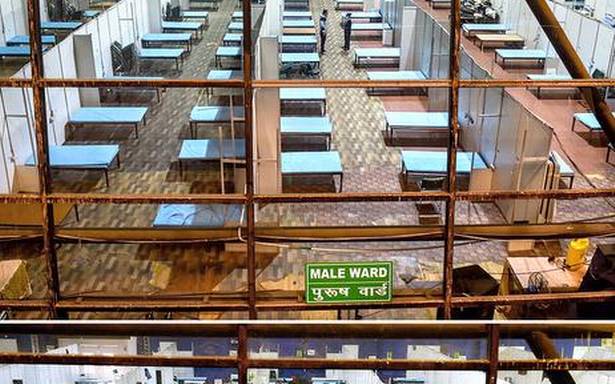 The Capital reported 758 new COVID-19 cases in the last 24 hours — the lowest in more than four months — taking the total to 6,21,439, according to a health bulletin released by the Delhi government on Friday.

This is the lowest number of new cases since August 16, when 652 infections were reported in a day.

The death toll has reached 10,414 after 30 more fatalities were reported in a single day.

On Wednesday, the test positivity was 0.99%. The overall positivity till now is 7.57%, as per the bulletin.

There are now 5,001 containment zones in the city.

Meanwhile, in the ongoing door-to-door contact drive being conducted by the Delhi government to test U.K.-returned persons for COVID-19, eight have so far been found infected, officials said on Friday.

A total of 19 passengers out of over 13,000 who landed from the U.K. at the IGI Airport between November 25 and December 21 have been found positive.

Eleven were tested positive at the airport while eight others were found positive during the door to door contact and testing drive.