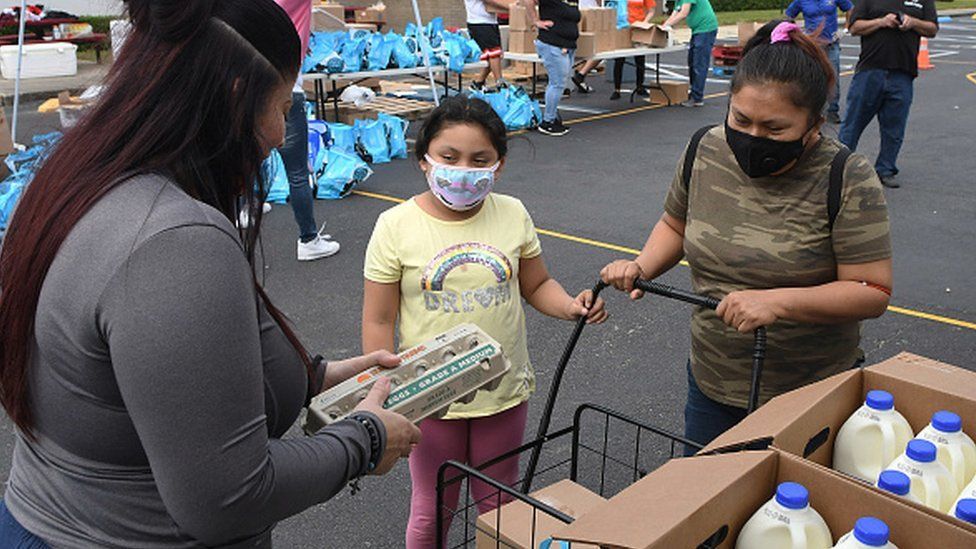 Unemployment benefits and a ban on evictions will be affected unless the bill is signed by the end of Saturday.

The package worth $900bn (£665bn) was approved by Congress after months of difficult negotiations and compromises.

The bill includes the payment of $600 to Americans earning less than $75,000 a year. Mr Trump says he wants Americans to receive $2,000 but Republicans in Congress have refused to agree to the change.

The coronavirus economic relief comes with a $1.4tn federal budget attached. A partial government shutdown will begin on Tuesday unless legislators pass a stopgap bill before then – but this would not include coronavirus aid and Mr Trump would still have to sign it.

About 14 million Americans would be affected by a lapse in unemployment benefit payments and new stimulus cheques.

What did Biden say?

In a strongly worded statement published on the transition website on Saturday, Mr Biden described Mr Trump’s refusal to sign the bill as an “abdication of responsibility”.

“It is the day after Christmas, and millions of families don’t know if they’ll be able to make ends meet because of President Donald Trump’s refusal to sign an economic relief bill approved by Congress with an overwhelming and bipartisan majority,” Mr Biden said.

He praised the example of members of Congress in compromising and reaching a bipartisan agreement, adding: “President Trump should join them, and make sure millions of Americans can put food on the table and keep a roof over their heads in this holiday season.”

What has Trump said about the bill?

On Twitter, the president reiterated his objection to the bill, saying: “I simply want to get our great people $2000, rather than the measly $600 that is now in the bill.”

The coronavirus aid relief bill – with the larger budget bill rolled in – overwhelmingly passed the House of Representatives and Senate on Monday but, a day later, Mr Trump issued an implied veto threat, describing the package as a “disgrace” full of “wasteful” items.

He baulked at the annual aid money for other countries in the federal budget, arguing that those funds should instead go to struggling Americans.

Mr Trump’s decision to bat the measure back to Capitol Hill stunned lawmakers since he has largely stayed out of negotiations for a coronavirus aid bill that had stalled since last July.

His top economic adviser, Treasury Secretary Steven Mnuchin, had proposed the $600 payments early this month, and many have questioned why the president waited until now to object.