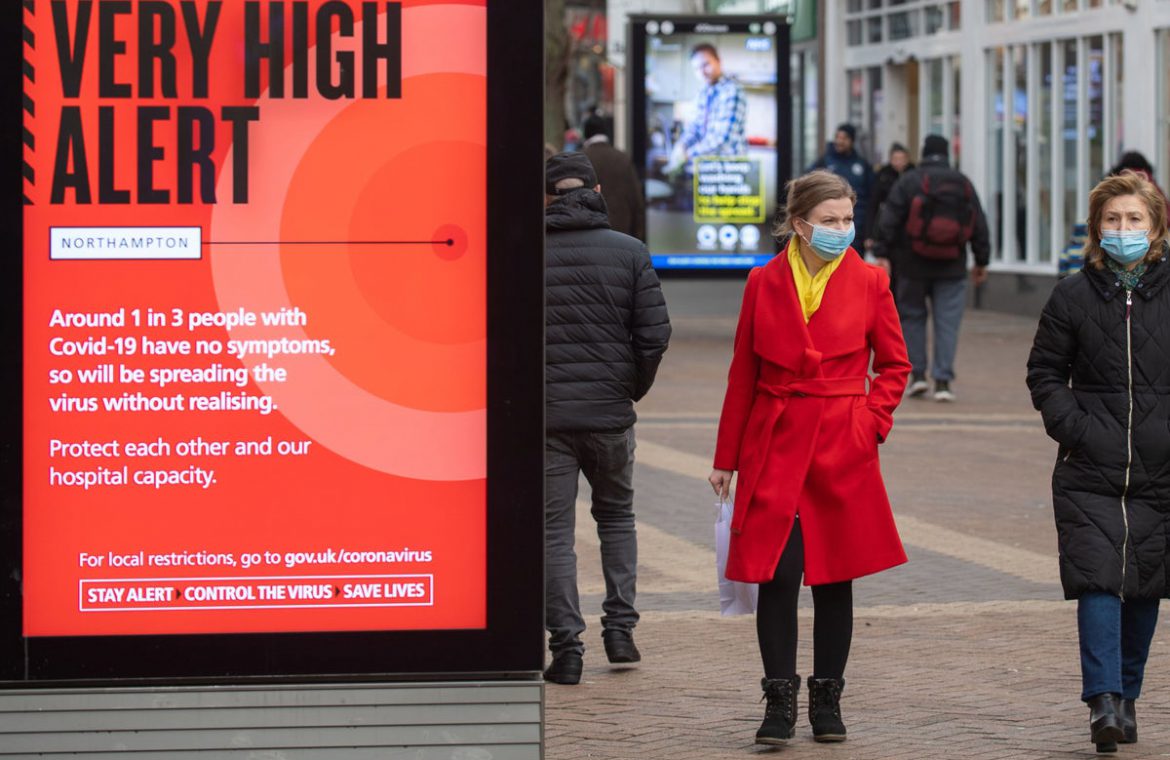 It is “vital” for schools to remain open during the pandemic, a Conservative former minister has said.

Speaking during a Commons debate on Covid-19 regulations, Dr Andrew Murrison said: “I urge upon ministers to do everything they can to keep schools open.

“It is vital for every conceivable reason that we should keep schools open.”

Tory former minister Mark Harper, chairman of the Covid Recovery Group, said the Government’s “job number one” has to be the vaccine roll-out to ensure the harshest restrictions are not in place for several months.

He said two million doses a week would ensure everybody aged 65 and over can be vaccinated by the third week of February, telling the Commons: “That takes nearly 90% of the risks of death and hospitalisation out of the equation – at which point it seems to me we would be able to remove restrictions, at least in law, and allow the country to open up again.”

Mr Harper added: “This has got to be the central task and the reason for that is the significant cost to businesses.”

He highlighted the “devastation” on hospitality businesses in Tier 2 areas which had been preparing for a busy New Year’s Eve, but are now going to have to close with 24 hours’ notice.

Mr Harper went on: “That economic loss is going to be devastating for many businesses.”

Jo Grady, general secretary of the University and College Union (UCU), said: “We now seem to be hurtling towards a national disaster, with the NHS about to be overwhelmed, but the Government is wedded to using lateral flow tests to get students back onto campuses.

“Keeping learning online until Easter would help lower rates of transmission and ensure a consistent learning experience, but the Government continues to be fixated on forcing students and staff into lecture theatres and classrooms.

“The lateral flow tests, which the Government is relying on for a return to in-person teaching in colleges and universities, miss an alarming number of people with Covid. Plans to use them to return to in-person teaching seem doomed to fail. One or two tests at the start of term will not be enough, and a regime of continuous testing in every university presents far too many logistical challenges.”

Frances O’Grady, TUC general secretary, said: “The health and safety of school staff, children and parents and the wider community has to come first.

“But the Government must make sure working parents in areas where primary schools are closed get the support they need. Ministers must encourage employers to make use of the job retention scheme to furlough mums and dads who can’t work because of childcare.

“And employers should also agree to flexible working – such as compressed hours – to accommodate parents’ childcare responsibilities.”

Helen Whately said that the “end is in sight” in overcoming the Covid-19 pandemic.

She told the Commons: “We know these measures are hard, we know they keep families and friends apart. Yet we also know they are necessary for us to come through this and to prevent the loss of lives as we do so.

“This virus thrives from the things that make life worth living, on social contact. But this means we can all play our part in stopping its spread, if not for ourselves then for others.

“The end is in sight but for now it is our duty here in Parliament to put in place these restrictions, onerous as they are, to control this virus.”

Shadow health minister Alex Norris responded: “This episode is a perfect encapsulation of the failings of the Government’s handling of this pandemic – slow and always falling short.

“The Government’s now had three goes at a tier system. The first two have failed and today’s announcement will mark a final attempt to salvage a third go.”

Health minister Helen Whately told MPs that rapidly rising cases before Christmas meant the Government had to “act fast” and increase restrictions across much of the country.

Introducing a debate on the coronavirus regulations, Ms Whately told MPs: “I know that some honourable members have previously raised concerns about parliamentary scrutiny and some may be disappointed that these amendments were made in advance of this debate.

“However, I am sure honourable members will also appreciate that this virus doesn’t wait for parliamentary procedure.

“The situation we faced in the run-up to Christmas, as we identified that the cause of the rapid rise in infections was a new variant, meant that we had to act and act fast.”

Intervening, Conservative MP Sir Charles Walker (Broxbourne) said: “Can I just say to (Ms Whately) I think the great disappointment felt by many colleagues, who appreciate the Government is under enormous pressure, is that the House rose on the Thursday and the decision was made pretty much the next day.

“And it is a great shame that the House wasn’t recalled on the Friday or possibly even the Saturday before Christmas to scrutinise these new regulations. And I think that is where the sense of disappointment is.”

Buckinghamshire has followed Essex by declaring a major incident amid fears that rising numbers of Covid-19 patients could overwhelm health services.

Buckinghamshire Council leader Martin Tett said case rates could rise close to 800 people per 100,000 “by next week”, adding: “Of real concern is that this increase is also being seen in our older age groups.”

“Our rate in the over-60 years population is now putting our health and social care services under very severe pressure – the rates in this age group have gone up by over 60% and we think this will continue at least for the next two weeks,” he said in a statement.

Health chiefs said non-urgent surgery and outpatient appointments were being delayed, but serious operations, including for cancer, would go ahead.

Mr Tett said: “Whilst today’s announcement about the approval of the Oxford vaccine is excellent news, we still need to deal with the deteriorating situation we face immediately across the county.

“We believe that this rapid increase is due to the spread of the new, more transmissible Covid variant across much of the South East, particularly prior to the introduction of the Tier 4 regulations.”

It comes after local authorities in Essex sent a plea for military help to increase hospital capacity, with fears over critical care and bed capacity, staff sickness and the ability to discharge patients quickly into safe environments.

Essex Resilience Forum (ERF) said the number of patients receiving treatment for coronavirus had exceeded the peak of the first wave, and figures were expected to increase.

Conservative MP Sir Bernard Jenkin requested armed forces assistance for Essex in the Commons on Wednesday, including for vaccine deployment and testing in schools.

Health Secretary Matt Hancock said pressures in Essex were “very significant” and he would “look favourably on the county’s request for military assistance” – working with Defence Secretary Ben Wallace.

“This involves using critical care capacity elsewhere in Essex and the Eastern region and identifying additional locations and capacity to assist with the discharging of patients to reduce pressure on hospitals.”

The two counties are under the highest Tier 4 restrictions.

A councillor from the Isles of Scilly said islanders are “relieved” but not surprised to be the only area of England set to be in Tier 1 or 2 from December 31.

Jonathan Smith, a councillor for St Martin’s, Scilly’s northernmost isle, who also runs a small organic fruit and vegetable farm, said the islands have had no recorded cases of Covid-19 since September.

“It’s an interesting paradox that Scilly remains the only place left in Tier 1,” the 39-year-old told the PA news agency.

“We are probably the place in the country for fewest options for travel, shopping and eating out in the winter months.

“Lockdown in November didn’t feel so different from normal winter on Scilly, barring pubs being shut.

“Winters on Scilly tend to be fairly low-key affairs… most people here enjoy the outdoors on a daily basis where we have plenty of space and wonderful fresh Atlantic air to fill our lungs!”

Mr Smith added that Scilly had struggled over the summer as most of its economy is tourism-based, but stressed that outsiders should not travel to the islands for a “New Year or winter holiday”.

“Please stick to the rules and don’t come here just because it is coronavirus-free, otherwise it may not stay that way for long,” he said.

Don't Miss it Sydney divided over Christmas as COVID-19 cluster grows | ABC News
Up Next Air travellers entering Canada must have a negative COVID-19 test before arrival, Ottawa says