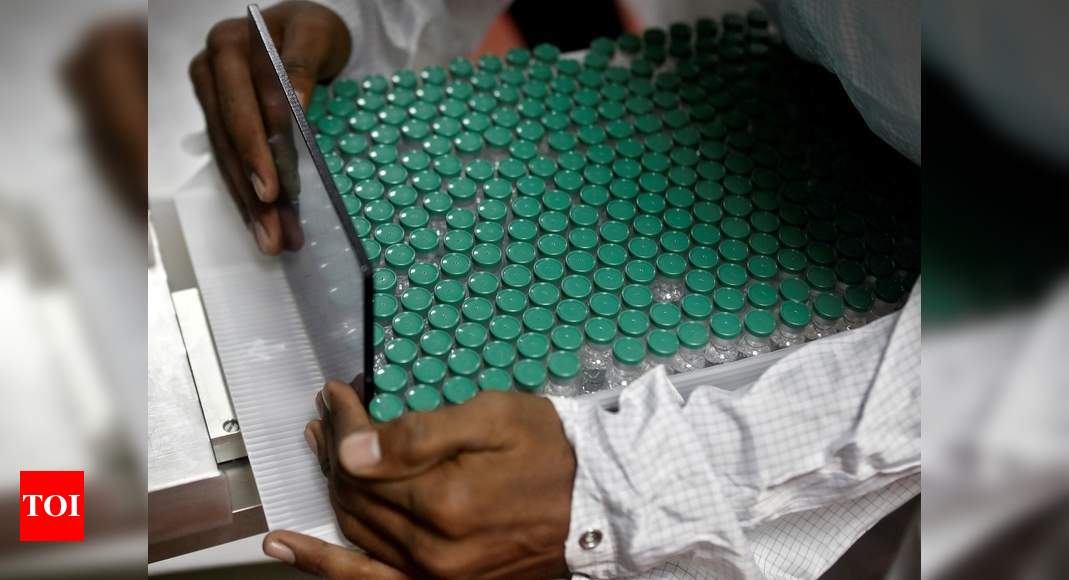 NEW DELHI: Several Congress leaders on Sunday raised questions over the approval process for Bharat Biotech’s Covid-19 vaccine, saying the “premature” step can prove “dangerous”. The government and the BJP responded strongly to the Congress’s criticism, with BJP chief J P Nadda saying that the opposition party comes up with “wild theories” to ridcule India’s achievements.
Earlier today, the Drugs Controller General of India approved the Serum Institute’s Covishield and Bharat Biotech’s indigenously developed Covaxin for emergency use in India.
The government hailed the approval as a crucial turn in the fight against the Covid-19 pandemic.
Congress leaders raise eyebrows; BJP hits back
Shortly after the announcement, some Congress leaders, including Anand Sharma, Shashi Tharoor and Jairam Ramesh, raised serious concerns over the grant of approval to Bharat Biotech’s vaccine.
Senior Congress leader Anand Sharma asked the government to explain why mandatory protocols and verification of data has been dispensed with.
“The DCGI statement is puzzling and the government must reveal the final data of global efficacy trials and the final trials in UK which has been shared officially by UK’s MHRA following a government to government agreement signed between the two countries which should be put in the public domain to avoid any confusion on the proven efficacy of the vaccine,” Sharma said.
Ramesh asked Union health minister Harsh Vardhan to clarify why internationally-accepted protocols on Phase 3 trials are being modified.

Bharat Biotech is a first-rate enterprise, but it is puzzling that internationally-accepted protocols relating to p… https://t.co/9BqBfL3Wz4

— Jairam Ramesh (@Jairam_Ramesh) 1609645710000
“Bharat Biotech is a first-rate enterprise, but it is puzzling that internationally-accepted protocols relating to Phase 3 trials are being modified for Covaxin. Health minister Harsh Vardhan should clarify,” he said on Twitter.
In quick retaliation, BJP president J P Nadda alleged that whenever India achieves something commendable the opposition party comes up with “wild theories” to “ridicule” the accomplishments.

Time and again we have seen whenever India achieves something commendable – that will further public good – the Co… https://t.co/RqLz1XDQnu

Congress and the Opposition is not proud of anything Indian. They should introspect about how their lies on the COV… https://t.co/k2UVFxcLJ6

— Jagat Prakash Nadda (@JPNadda) 1609671598000
Union aviation minister Hardeep Singh Puri also took a swipe at the opposition leaders, saying they are on a quest for permanent political marginalisation.
His dig, however, drew a sharp retort from Congress leader Jairam Ramesh who compared him with Nazi propagandists.
Nadda accused the Congress and other opposition parties of trying to cause panic among people to further their “failed politics and nefarious agendas”.
In a tweet, Puri said, “Our in-house cynics M/s Jairam, Tharoor & Akhilesh are behaving true to form. They first questioned the valour of our soldiers & are now unhappy that the two vaccines to get DCGI nod are made in India. Clearly, they are on a quest for permanent political marginalization.”

Our in-house cynics M/s Jairam, Tharoor & Akhilesh are behaving true to form. They first questioned the valour of… https://t.co/Coh91eevTx

— Jairam Ramesh (@Jairam_Ramesh) 1609665868000
Both Goebbels and Speer were close allies of German dictator Hitler.
Tharoor, a Congress MP and former union minister, also countered Puri, saying he had never questioned the valour of our soldiers.
“I would be happy and proud if more Indian vaccines are approved but only after a full 3-phase trial confirms they are safe & effective. Short-circuiting the process is unprecedented, inadvisable & risks lives.

“We are baffled to understand what scientific logic has motivated the SEC (subject expert committee) to approve this vaccine posthaste… in violation of the criteria in the draft regulatory guidelines for the development of Covid-19 vaccines published by CDSCO on 21/9/20,” he tweeted, referring to Bharat Biotech’s Covaxin.
We generated excellent safety data: Bharat Biotech
Meanwhile, Bharat Biotech said that it has generated excellent safety data, with sources saying that the vaccine is 80-85% effective.
In an official statement on Sunday, the Hyderabad-based company said it has generated excellent safety data with robust immune responses to multiple viral proteins that persist and their goal is to provide global access to populations that need it the most.
“It has also shown to generate memory T cell responses, for its multiple epitopes, indicating longevity and a rapid antibody response to future infections. Its most critical characteristic is the demonstrated safety profile, which is significantly lower than several other vaccines with published data,” the statement said.
Government, BJP leaders hail “historic moment”
While Congress raised questions, Prime Minister Narendra Modi and several Union ministers hailed the vaccine’s approval as a “watershed moment” and predicted that India will soon be “corona-free”.
PM Modi said that emergency approval is “a decisive turning point to strengthen a spirited fight” against Covid-19. He further said it would make every Indian proud that the two vaccines that have been given emergency use approval are made in India.

A decisive turning point to strengthen a spirited fight! DCGI granting approval to vaccines of @SerumInstIndia an… https://t.co/FiyDOOaJHZ

A momentous achievement for India!DCGI has granted approval to COVID vaccines of @SerumInstIndia and… https://t.co/7bAmHljox8

— Amit Shah (@AmitShah) 1609660586000
BJP chief Nadda also echoed the sentiment, saying that the DCGI’s approval for emergency use of two vaccines is a defining and historic moment for the country.
“Under the leadership of Prime Minister Narendra Modi, the country has established a new dimension. Many congratulations to all scientists and doctors,” said Nadda.
Vardhan welcomed the emergency use approval and termed it a “watershed moment” in India’s battle against Covid-19. He further called the vaccines a fitting tribute to corona warriors and expressed heartfelt gratitude to healthcare professionals as well as frontline workers.
Union minister of state (MoS) for health and family welfare Ashwini Kumar Choubey said that India will soon become corona-free.
Akhilesh urges caution; Mayawati welcomes vaccines
Besides the BJP and Congress, the vaccine approval also elicited reactions from other political parties.
Samajwadi Party president Akhilesh Yadav said the Covid-19 vaccination programme is a “sensitive process”, and the government should not to treat it as “cosmetic” event as it is a matter of lives of people.
“…the BJP Government should not consider this as a ‘sajaawati-dikhaawati (decorative-cosmetic) event, and commence it only after concrete arrangements are made. This is a matter of lives of people, so the risk of improvement at later stage cannot be taken,” said Yadav.

— Akhilesh Yadav (@yadavakhilesh) 1609645811000
Yadav had triggered a controversy on Saturday by saying that he does not trust the “BJP’s vaccine” and won’t take the shot.
His remark had prompted an instant retort from BJP leader and Uttar Pradesh deputy chief minister Keshav Prasad Maurya who termed it an “insult to the doctors and scientists of the country”.
Meanwhile, Bahujan Samaj Party supremo Mayawati congratulated the scientists associated with the coronavirus vaccine and urged the Centre to make it available for the poor free of cost.