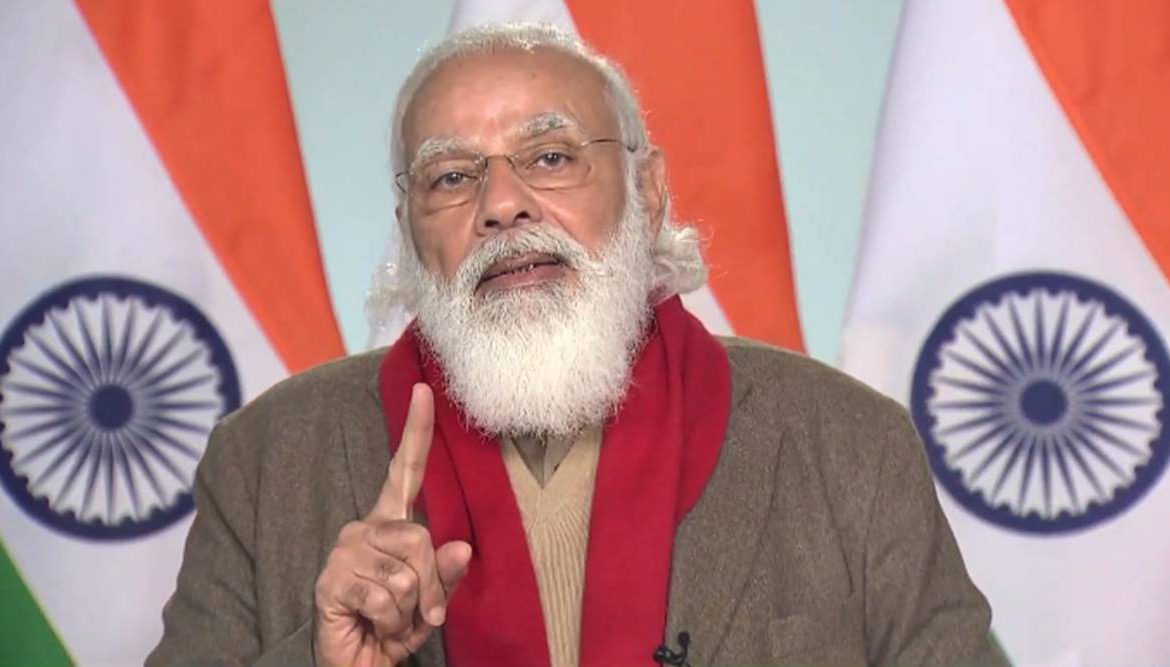 Prime Minister Narendra Modi on Monday said that the new year had brought a “big achievement” with the development of not one, but “two Made in India” COVID vaccines. Speaking at the 75th jubilee of the National Physical Laboratory under the Council of Scientific and Industrial Research, the Prime Minister said that every Indian was indebted to India’s “scientists and technicians.”

The Prime Minister said that the country was “proud” of the contribution of its scientists. “The new year has brought with it another big achievement. India’s scientists have successfully developed not just one, but two Made in India COVID vaccines. In India, the world’s largest COVID vaccine programme is also about to begin. For this, the country is very proud of the contributions of its scientists. Every countryperson is indebted to all our scientists and technicians,” Modi said. He added that the country has a new respect for scientific institutions due to the “sacrifices” of scientists amid the pandemic.

The Prime Minister said that in the past, India has been dependent on foreign standards for quality and measurement, but the country’s standards will decide the strength of the country, its products, and its world standing. The prime minister said that the goal wasn’t to simply fill the world market with Indian products, but to win the “heart of every customer who buys an Indian product.” “Today when the country is moving ahead with the conviction of the Aatmanirbhar Bharat Abhiyan, then we have to remember that its goal is quantity, but along with that quality is equally important. We don’t have to just fill the market with Indian products. There should not only be a global demand for Make In India, but there should also be global acceptance. We have to make brand India more secure on the pillars of quality and credibility,” he said.

Modi, addressing the CSIR NPL, at the National Metrology Conference said that “the more trustworthy the methodology of the country, the higher its trustworthiness in the world. “In common language, metrology is the science of measurement and standards. For any scientific achievement, this works as a pillar. No research can move ahead without “maap” and “naap”. To the point, that even our own achievements, have to be measured against some standard. For this reason, metrology is the standard for modernity. The better your methodology, the better your metrology. And the more trustworthy the metrology of a country, that country’s trustworthiness will be higher in the world,” he said.

Modi said that since 2014, India has worked towards making a “Future Ready Ecosystem” and has reached the “top 50 countries” in the Global Innovation Ranking. “ As he inaugurated the first National Environmental Standards Laboratory, the Prime Minister said that India is moving towards being a world leader when it comes to the environment. “But from the technology to measure air quality and emission to the tools for it, we have been dependent on others. Today for aatmanirbharta in this too, we have taken a big step.”