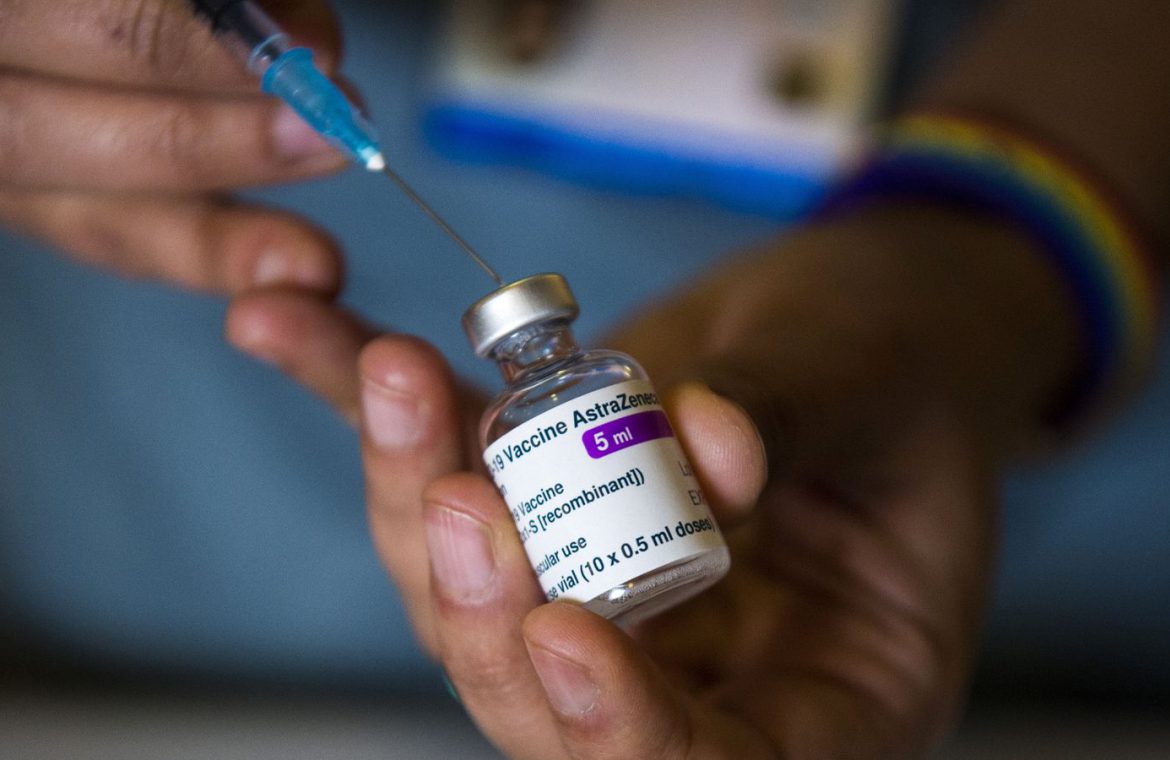 Hundreds of thousands of vaccines will be delivered daily by the end of next week, the prime minister has promised.

And he insisted the UK has “enough” vaccines to offer a first dose to 15 million of the most vulnerable by his deadline of 15 February.

The prime minister said the government, NHS, army and local councils “are truly throwing everything at it, round the clock if necessary” in order to reach that target.

“Let’s be clear this is a national challenge on a scale like never before, and it will require an unprecedented national effort,” he said.

Mr Johnson announced a new national booking service would “make it easier to book and access appointments”, as he outlined how the vaccines would be delivered to people’s arms.

“By the end of the week there will be over 1,000 GP-led sites providing vaccines, 223 hospital sites, seven giant vaccination centres and a first wave of 200 community pharmacies,” Mr Johnson said.

“If all goes well, these together should have the capacity to deliver hundreds of thousands of vaccines per day by 15 January.

“And it is our plan that everyone should have a vaccination available within a radius of 10 miles.”

Mr Johnson said, under these plans, the “limits” on the UK’s vaccination programme would not be on the distribution of vaccines but on their supply.

But he stressed there were sufficient quantities to vaccinate the top four priority groups, as decided by the Joint Committee on Vaccination and Immunisation, within the next 39 days.

These include older care home residents and staff, everyone over 70, all frontline NHS and care staff, and those who are clinically extremely vulnerable.

Mr Johnson added, by the end of this month, the government hopes to have offered every elderly care home resident a vaccine.

On Thursday, the Oxford/AstraZeneca vaccine – which is one of two vaccines approved for use in the UK alongside the Pfizer/BioNTech jab – was used in care homes for the first time.

Brigadier Phil Prosser, who is coordinating the military’s support for the UK vaccination programme, appeared at the Number 10 briefing alongside the prime minister.

He compared the efforts so far to “the equivalent to setting up a major supermarket chain in less than a month”.

There are 21 “quick reaction force” teams made up of six military health care experts able to deploy anywhere in England at short notice, he added.

Mr Johnson promised to publish the government’s full vaccine deployment plan on Monday, when ministers will also provide daily updates on the progress of the UK’s vaccination programme.

“Within two to three weeks, all of them will have a very considerable degree of immunity,” he said.

Mr Johnson said there had been another “tragic number of deaths” on Thursday, when the latest government figures revealed a further 1,162 COVID-related deaths and 52,618 new cases were reported in the UK.

Analysis: Vaccination isn’t going to save the NHS from its current crisis

The scale of the vaccine rollout is mindboggling.

In just five weeks the NHS is having to immunise as many people as it would normally do in five months of the winter flu programme.

The prime minister has set the target of inoculating 15 million people by mid-February.

By the end of next week he wants “hundreds of thousands” of people a day to be receiving the vaccine.

It is an extraordinary logistical challenge, even for the army.

There are reports from GPs that they are not getting the supplies of vaccine that they were expecting. Delays may well cost lives.

Inevitably it will take time for the supply chain to bed in. But time is against the NHS.

Since Christmas Day the equivalent of 20 acute hospitals have been filled with COVID patients.

There are now 50% more patients with the disease in hospital than there were at the peak of the first wave last spring.

Hospitals are now opening up surge capacity, expanding critical care into other areas. But staff are the limiting factor.

If admissions continue to rise then quality of care will be affected.

The vaccination programme will ultimately have an impact; 88% of all deaths are in the four priority groups for the jab.

But pressure on hospitals will still be immense, even as deaths fall.

That’s because slightly younger patients, who aren’t in the four top priority groups for vaccination, spend longer in hospital than the frail and old.

Ultimately their fight for survival is more likely to be successful, but that takes a long time.

So vaccination isn’t going to save the NHS from its current crisis.

No, it’s lockdown – and whether the measures are enough to slow the virus – that’ll determine if hospitals are overwhelmed.

And those in London are already on the brink.