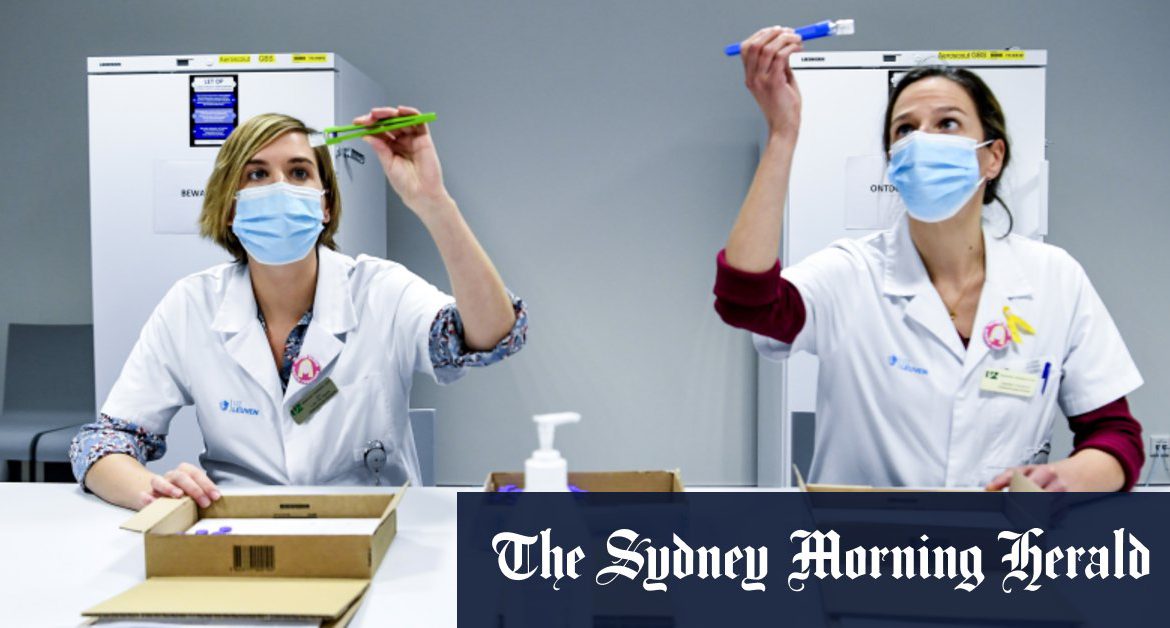 University of Sydney vaccine hesitancy expert Julie Leask said targeted messaging was vital, especially for demographics that might be susceptible to anti-vaccination messaging from “influencers” on social media platforms such as Facebook and Instagram.

The government intends to start vaccinating people from mid to late February, pending Therapeutic Goods Administration approvals, and is aiming to have at least half the population covered by the middle of the year.

Federal Health Minister Greg Hunt said the $24 million campaign would use social and traditional media to make sure Australians felt confidence in the vaccine. He understood women who were pregnant, trying to conceive or who had young families were likely to have many questions about the vaccines and said the government would target this cohort.

“The Department of Health invests in understanding community concerns, and is developing information and communication to meet the needs of the community, including pregnant women and young families,” Mr Hunt said. “This will be based on the expert medical advice.”

The research also cautioned that the dropping number of coronavirus cases in Australia was linked to a fall in how concerned people were about the pandemic, which “has the potential to erode motivation to take up the vaccine”. The research was done before the outbreak of cases on Sydney’s northern beaches.

Mr Hunt said “a very detailed information program” was in the works to make sure everyone understood how the vaccine worked and would keep them and their family safe.

“Australia is a vaccination nation,” Mr Hunt said. “We are confident, given Australia’s high vaccination coverage rates, Australians will take up a safe and effective COVID-19 vaccine in equally high numbers.”

Other ads are being tailored for multicultural and Indigenous communities. A special committee involving multicultural community leaders is working to make sure the messages are appropriate and use the right communication channels. State and federal governments have come under fire over the past year for providing poorly translated or nonsensical information in languages other than English.

Professor Leask said governments had a tendency to “pay an advertising company a lot of money to put out basic, one-size-fits-all messages” and it was vital that did not happen with the vaccine.

“That one-size-fits-all, only in English, only to an assumed white audience is not going to work and it will fail and then you will have the problem of people not being willing to take up the vaccine in other groups because they haven’t been engaged with early,” she said.

Social influence was a key component of whether people were hesitant or resistant to taking vaccines, Professor Leask said.

“If your peers or if you’re reading the media or if you’re on Facebook and the people you trust, the people who you see like yourself are showing hesitancy, that will affect you as well. That means you need to engage with influencers really early on, giving them the information and empowering them to be effective in being role models and advocates within their own communities.”

Professor Biddle agreed, saying people were more likely to respond to messages coming from someone they trusted, and that might be different for men and women.

Professor Leask also cautioned against caving in to a desire to “over-reassure” out of a fear of scaring people off. Communications about the vaccine should make sure people knew exactly what to expect, such as whether they might get a headache and need paracetamol, and give details about results from clinical trials and rollouts overseas.

“Over-confident communication can also have its downsides because if you turn out to be wrong on something, or even slightly wrong, then you will lose trust,” she said. “To be too strident and condemning of people who question vaccinations is very harmful, particularly at this stage.”

Quarantine, healthcare and aged care workers and residents will receive the vaccines first. Older Australians, Indigenous people aged over 55, people with medical conditions and workers in critical sectors are next in line.

Healthy adults aged under 50 who don’t work in high-risk sectors will probably need to wait until mid-2021. Children will be the last group considered for vaccination.

Katina Curtis is a political reporter for The Sydney Morning Herald and The Age, based at Parliament House in Canberra.