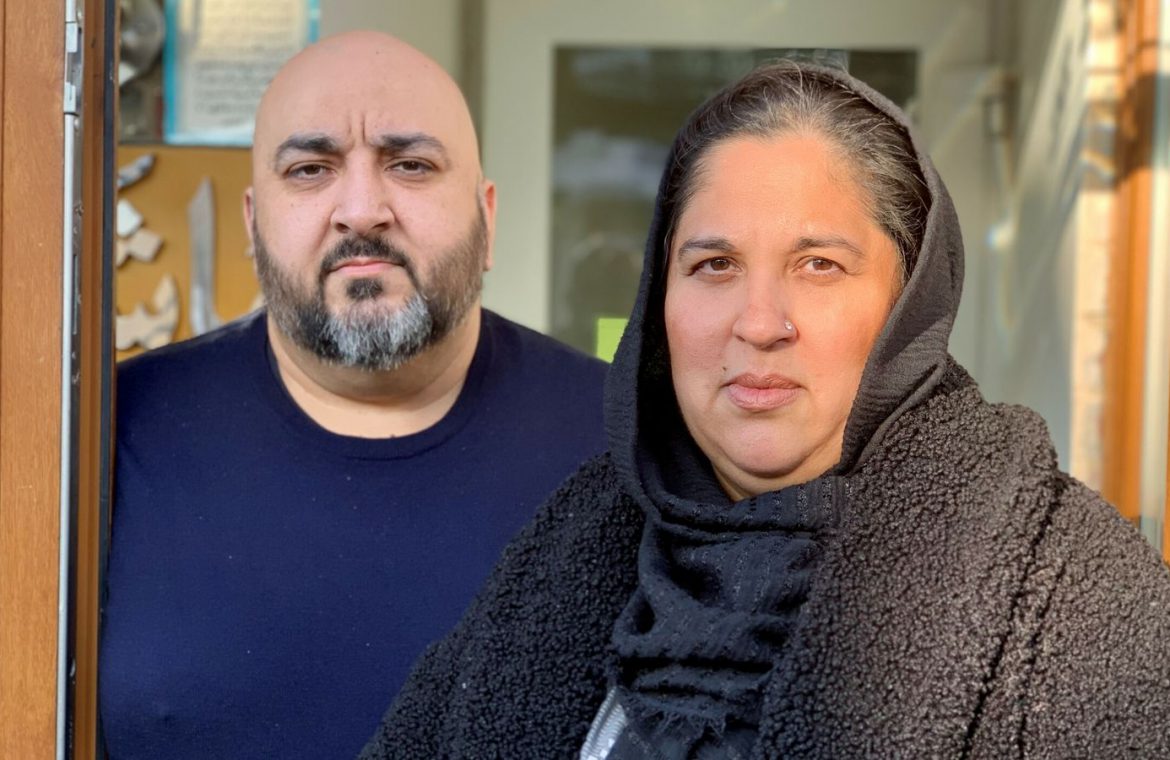 London has entered a new phase of its battle against coronavirus after mayor Sadiq Khan declared a major incident over the numbers of patients in the capital’s hospitals.

The east London borough of Newham – one of the most deprived in the city – also has the highest number of coronavirus infections since the pandemic began with more than 23,500, according to local government data.

During the first wave it had a higher mortality rate than anywhere else – and it has recorded 5,000 positive COVID-19 cases in the last week alone, council officials said.

The impact is being felt by the likes of the Sheikh family.

On 7 April, Abdul Karim Sheikh, 82, developed a temperature and was admitted to hospital.

Five days later, he died there.

“My dad was a long-standing councillor, a ceremonial mayor, a man who loved the people in his community. The community loved him too.

“His loss is life-changing and we are having to step up to the plate to stick together to fill his massive boots, which we will never fill, but we are going to try. The virus has hit us hard. I don’t know how this is going to end.”

To add to his grief, Naeem believes that in the early stages of the coronavirus pandemic, he may have unwittingly infected his father.

“My wife [Aisha] and I are both teachers and we were still providing frontline services to children in our schools. I’m sure in travelling to and from work, maybe somewhere along the line we may well have been infected,” he said.

“We may have been asymptomatic and didn’t notice it. But we did try our best to follow all the rules, but this is something we now have to live with.”

‘The NHS is breaking in front of us’

While it is impossible to know how the virus passes from one person to another, many family members hold themselves accountable, questioning decisions they made in the days when there was very little information.

Born in Jalalpur Jattan in Pakistan’s Punjab province, Mr Sheikh settled in Britain in the late 1960s and became a central member of the community.

He helped found one of Newham’s first mosques in one of the capital’s most racially-diverse boroughs.

In 1990, he became a local councillor and in 1998 the ceremonial mayor of Newham.

He was awarded a British Empire Medal for his services to the Muslim community.

On the road where Mr Sheikh lived, many of his friends and neighbours have died after contracting coronavirus.

Newham is densely populated and many people live in multi-generational households.

“We had a call this morning from someone we know who told us their loved one is in intensive care,” said Naeem’s wife, Aisha.

“This entire street has been affected and people are scared. Our area is the worst in Newham for infections and it’s so devastating when you look at what is happening. Twenty-three percent of people [in this council ward] tested positive here last week.”

“I was mourning my mum then my father-in-law died. She had underlying health issues, but it was still so sad for me. The last year has just been so horrible.”

Council officials are concerned that some people are not taking the virus seriously, and that a combination of financial hardship, deprivation and unemployment has allowed the disease to prey on the area’s mainly black and Asian population.

Zulfiqar Ali, Newham Council’s cabinet member for health and adult social care, said: “I hope this second wave does not lead to the level of mortality we saw in the first wave.

“But with hospital admissions going up, the likelihood is that deaths will go up if people do not start following the procedures.”

Image:
Zulfiqar Ali says he hopes the latest wave ‘does not lead to the level of mortality we saw in the first wave’

While older people have disproportionately been affected by coronavirus, young people are also among those dying, according to Mr Ali.

Nothing should be “taken for granted” at this stage, he said.

“This strain is spreading so fast – unless we do something quickly then people will start losing their loved ones.

“There is a degree of non-compliance among young people who seem to think they are immune, and they are not.

“Unfortunately, they are putting themselves at risk and their loved ones. The likelihood is things are going to get worse if we don’t continue to follow the rules.”