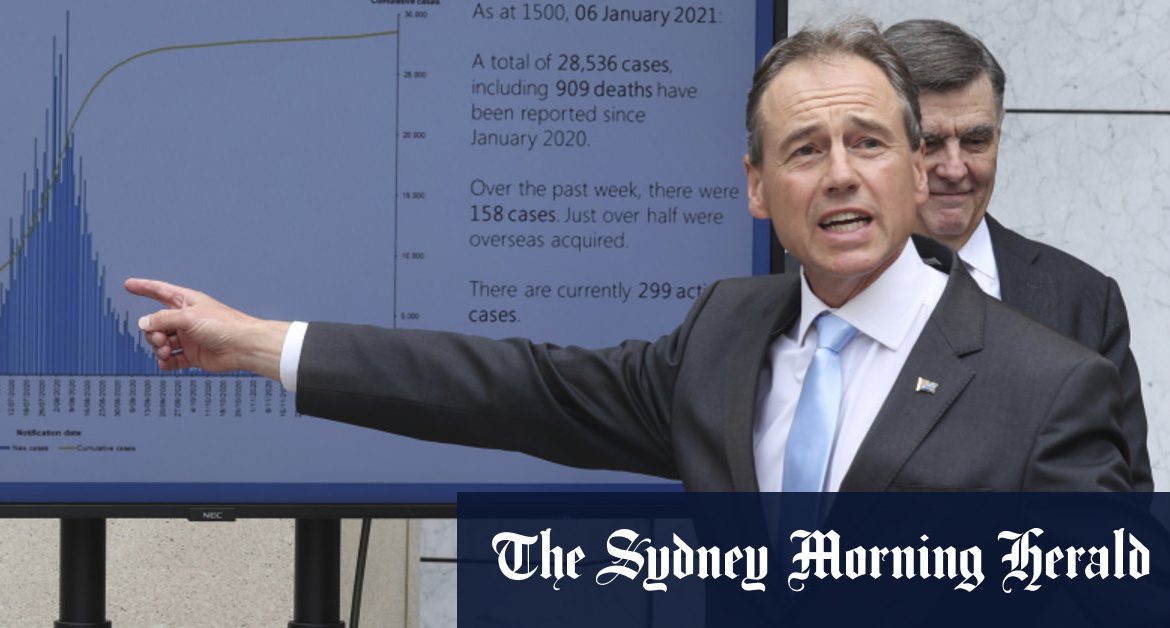 In a key concern over the interim results for AstraZeneca, scientists this week told The Sydney Morning Herald and The Age the vaccine’s efficacy rate was not high enough so far to achieve herd immunity.

The concept of herd immunity describes the objective of eliminating an epidemic by building up a community’s resistance to disease to the point where so many are protected it no longer spreads.

A spokesman for Mr Hunt said the government view was to deliver protection and herd immunity but that results so far offered no guarantee about the longer-term objective.

“None of the major vaccines have data on long term transmission effects which is the driver of herd immunity,” the spokesman said.

“In that context the government will continue to ensure that we have whole-of-population protection at the same time as pursuing herd immunity.

“But no government can make a guarantee of the long term durability of any vaccines or their transmission effects until there has been an extended period after individual and population vaccinations.”

The government responded to scientists this week by citing interim results showing the AstraZeneca vaccine would prevent serious illness and death even if it did not prevent COVID-19 in all cases.

Another contender, from US company Moderna, has a 94.1 per cent efficacy rate but the Australian government has been unable to secure any supply.

Chief Medical Officer Paul Kelly expressed hope for a swift roll-out of the Pfizer vaccine on Wednesday by saying the plan for 10 million doses covered “the first half of 2021” and could start in February.

But a spokeswoman for Pfizer said the contract was to supply the doses “over 2021”.

The government expects people could take two doses of one vaccine and take another vaccine at a later point, and it is open to switching strategies over time to offer different vaccines, perhaps in 2022 and subject to test results.

While Professor Kelly said he had a “very strong feeling” the Novavax vaccine would be a long-term option, this contender is months away from final test results and is likely to be supplied from Europe if it works.

Despite a report in The Daily Telegraph on Thursday about plans to manufacturer Novavax in Australia, CSL said it was committed to making the AstraZeneca vaccine and could not make two vaccines simultaneously.

“Following completion of the manufacture of 50 million doses of the AstraZeneca vaccine campaign, CSL would, if requested by the Australian government, reassess its ability to manufacture other vaccines such as the Novavax vaccine,” the company said.

The government confirmed it had spoken to CSL about making Novavax in Australia. The government agreement, however, is to take 51 million doses from manufacturing locations across Europe.

David Crowe is chief political correspondent for The Sydney Morning Herald and The Age.