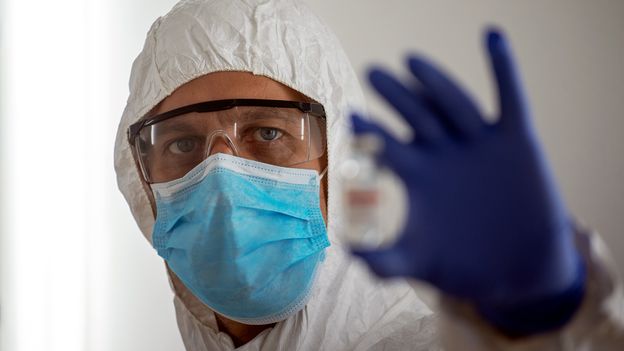 The cases are already beginning to emerge.

When 85-year-old Colin Horseman was admitted to Doncaster Royal Infirmary in late December, it was for a suspected kidney infection. But not long afterwards he caught Covid-19 – at the time, roughly one in four people in hospital with the virus had acquired it there. He developed severe symptoms and was eventually put on a ventilator. A few days later, he died.

At first glance, Horseman’s situation may seem fairly typical, though no less tragic for it. After all, at least 84,767 people have now succumbed to the disease in the UK alone at the time of writing. But, as his son recently explained in a local newspaper, less than three weeks earlier he had been among the first people in the world to receive the initial dose of a Covid-19 vaccine – the Pfizer-BioNTech version. He was due to receive the second dose two days prior to his death.

In fact, most vaccines require booster doses to work.

Take the MMR – measles, mumps and rubella – vaccine, which is given to babies around the world to prevent these deadly childhood infections. Around 40% of people who have received just one dose are not protected from all three viruses, compared to 4% of those who have had their second. People in the former group are four times more likely to catch measles than those in the latter – and there have been outbreaks in places where a high proportion of people have not completed the full MMR vaccination schedule.

“The reason that people are so keen on boosters and consider them so vital is that they kind of send you into this whole other kind of fine-tuning mode of your immune response,” says Danny Altmann, professor of immunology at Imperial College London.

When the immune system first encounters a vaccine, it activates two important types of white blood cell. First up are the plasma B cells, which primarily focus on making antibodies. Unfortunately, this cell type is short-lived, so although your body might be swimming in antibodies within just a few weeks, without the second shot this is often followed by a rapid decline.

Then there are the T cells, each of which is specifically tailored to identify a particular pathogen and kill it. Some of these, memory T cells, are able to linger in the body for decades until they stumble upon their target – meaning immunity from vaccines or infections can sometimes last a lifetime. But crucially, you usually won’t have many of this cell type until the second meeting.

The booster dose is a way of re-exposing the body to the antigens – the molecules on pathogens that trigger the immune system – to initiate part two of the response. “You’ve kicked in all this fancy stuff,” says Altmann. “So, once you’ve had your boost you’ll have a higher frequency of memory T cells and ditto to some extent for the size of the pool of memory B cells you’ll have. They’ll also be making higher quality antibodies.”

On second exposure to the same vaccine or pathogen, the B cells that remain from before are able to rapidly divide and create a menacing throng of descendants, leading to a second spike in the amount of antibodies circulating.