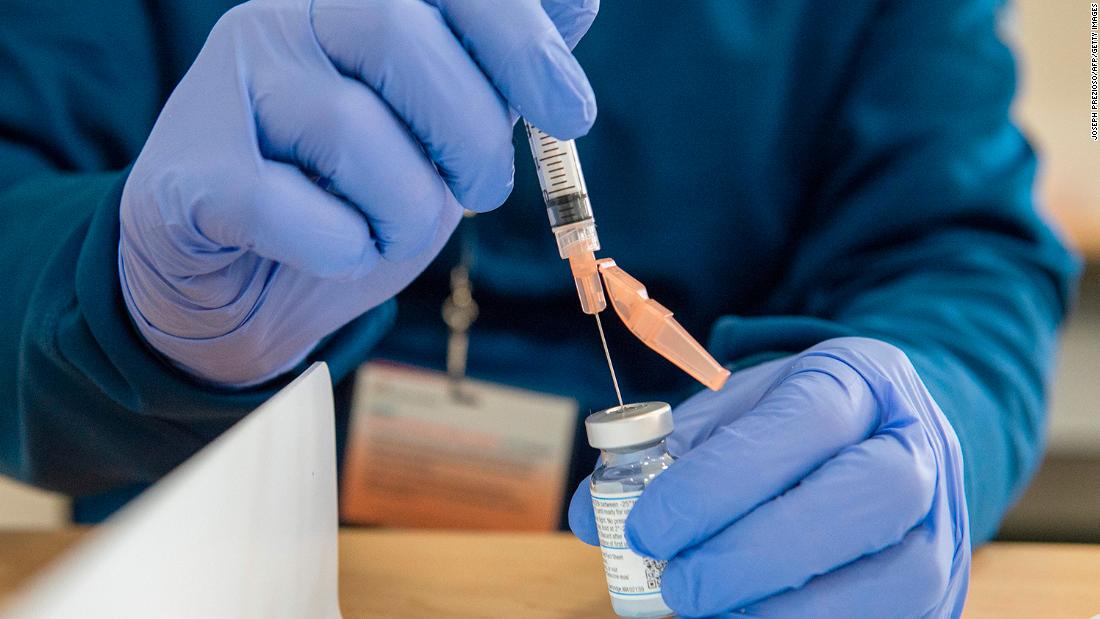 “Things will get worse before they get better,” President-elect Joe Biden said, regarding the winter surge.

He acknowledged that there will be stumbles and that the steps may take time, even many months, before the nation is in the place it needs to be. But as the Biden team and state governments plan and administer their vaccine rollouts, Covid-19 case numbers continue to rise each day.

On Saturday, Johns Hopkins University reported 198,218 new coronavirus cases and 3,286 new deaths in the US. More than 395,000 people have died since the beginning of the pandemic.

There were 126,139 Covid-19 hospitalizations reported in the US on Saturday — a slight decrease from a record high 10 days ago. There have been more than 100,000 Covid-19 hospitalizations in the US for the last 46 consecutive days.A recent coronavirus projection from the University of Washington estimates more than 566,000 deaths by May 1 in the US. The university’s Institute of Health Metrics and Evaluation (IHME) said the figure could be lowered by thousands with universal mask requirements.

North Dakota’s mask mandate is set to expire Monday. In a statment Friday, Gov. Doug Burgum cited an 80% drop in active cases from a mid-November outbreak.

“Our case numbers and hospital capacity have improved dramatically in North Dakota over the past two months, and with three new tools we didn’t have last fall — vaccines, rapid tests and effective therapeutics — we can see the light at the end of the tunnel,” Burgum said.

“However, this fight isn’t over, and we need all North Dakotans to continue to exercise personal responsibility, follow protocols and keep wearing masks where physical distancing isn’t possible. The day will come when we can take off our masks and discard them with confidence, but only if we do what’s needed now to keep ourselves, our families and our communities safe.”

In Illinois, three regions of the state are moving into less-restrictive lockdown measures.

The state will soon see the return of group fitness classes, “lower risk youth and recreational sports” and the reopening of museums, the governor said.

The recent optimism seen in places like North Dakota, which at one point had the worst outbreak in the nation, has yet to be matched everywhere.

Los Angeles County, the most populated county in the US, became the first to report more than 1 million coronavirus cases, according to the county’s Department of Public Health.

At least 13,741 residents have died from Covid-19 since the start of the pandemic, according to the county health department.

“It’s surreal. It feels like you’re waking up to a nightmare every day,” said LA Fire Department’s David Ortiz, speaking with CNN’s Paul Vercammen Saturday about the county’s prevention efforts, which include a new vaccination hub at Dodger Stadium.

“It’s hard to imagine that many people passing away, each one of those is a story, it’s a family,” he said.

Diaz said the pandemic has stretched the limits of first responders, health care workers, and the system.

The decision on whether to transport a critically ill patient is not easy, “but now it’s gotten to the point if somebody has coronavirus specifically, we’re just basically giving them 20 minutes and if they’re not viable after 20 minutes, we’re making a rough decision,” he said.

Following Los Angeles, Illinois’ Cook County and Arizona’s Maricopa County have the second and third-highest county infection totals, respectively. Both counties have had more than 400,000 cases, according to Johns Hopkins University data.

The latest figures from the CDC show 12.2 million vaccines have been administered in the US. More than 10.5 million people have received their first injections, while 1.6 million have finished their vaccination cycle with a second dose.

These figures fall short of earlier distribution goals set by Operation Warp Speed. The blame game between state governors and the federal government continued this week as it was revealed there is no federal stockpile of vaccines.

Health and Human Services Secretary Alex Azar cited the timing of the vaccine’s approval and the approach of some governors in distributing it for the delays.

“We said we would have doses available for 20 million people that could be available, and of course, that was a projection based on estimates of when FDA would approve,” Azar told NBC’s Lester Holt Friday. “FDA ended up approving later — close to Christmas. You’ve got a natural scale up.”

“We’ve had some governors that have been overly prescriptive and restrictive in the groups of people that they’re trying to get vaccines out to,” he added.

In the meantime, states are ramping up vaccinations with the supplies they have.

New York announced Saturday that although 7 million New Yorkers are now eligible for the coronavirus vaccine, the state is only expected to receive 250,000 doses next week.

New Jersey Gov. Phil Murphy called on the federal government Friday to provide his state with more vaccines. “It’s increasingly apparent that we are ready but the feds are not,” Murphy said.