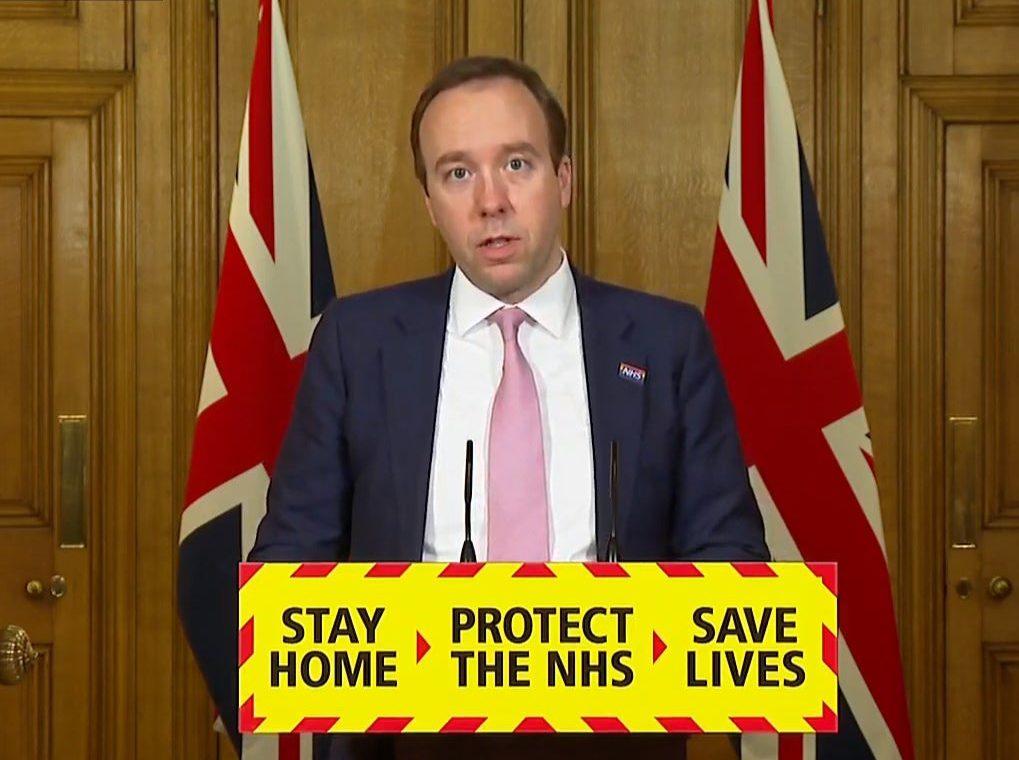 Matt Hancock has warned people in England not to “blow it” as lockdown measures succeed in bringing coronavirus under control. “We’re on the route out,” he told a Downing Street briefing.

It came as the government announced more than 4 million people had now been inoculated, with half of over-80s having received their first dose. Ten new mass vaccination centres opened around England today as the over-70s and extremely vulnerable people began to receive invitations for Covid-19 jabs.

Meanwhile, the UK now has the highest death rate from coronavirus of any country in the world, the latest data shows.

1610997900Pandemic review panel critical of China and WHO delays

An independent panel reviewing the global handling of the Covid-19 pandemic has said Chinese officials could have applied public health measures more forcefully in January and criticised the World Health Organisation (WHO) for not declaring an international emergency until 30 January.

In an interim report, the panel of experts, led by former New Zealand prime minister Helen Clark and former Liberian president Ellen Johnson Sirleaf, said: “The global pandemic alert system is not fit for purpose”, adding: “The World Health Organisation has been underpowered to do the job”.

It called for a “global reset” and said it would provide recommendations in a final report to health ministers in May.

Police in London have fined more than a dozen Scottish seafood workers who took part in a protest on Monday over the “incompetent” government’s Brexit fishing deal, writes Samuel Lovett.

It comes after seafood hauliers from Scotland arrived in Whitehall earlier to protest Boris Johnson’s recent trade deal, saying they were “tied in knots with paperwork” when trying to go about their day-to-day jobs exporting seafood to the EU.

Serbia has become the first European country to get the Covid-19 vaccine  that was developed in China after a plane carrying one million doses landed in the capital on Saturday, writes Joe Middleton.

Mr Vucic said:  “I would like to thank President Xi Jinping and Chinese leadership for sending us one million doses of the vaccine.”

Hundreds of asylum seekers have been locked in a former military barracks as part of a quarantine procedure following a coronavirus outbreak at the site, leaving many fearing for their lives, writes May Bulman.

Residents at Napier Barracks in Folkestone, Kent, received a letter from Clearsprings – the private firm managing the facility – on Saturday informing them that they would not be allowed to leave the premises and that if they did they could face arrest.

Last September, the former army base was turned into accommodation for asylum-seeking men and is currently said to be housing around 400 people. A number of them are said to be over the age of 50, placing them at higher risk to the effects of contracting coronavirus.

London’s Nightingale hospital has been forced to relax its rules for admitting patients after NHS trusts sent only a handful of patients there.

The field hospital, at the ExCel centre, opened its doors on Monday last week, with 64 beds ready for patients, writes Shaun Lintern.

But it faced a backlash from hospitals with multiple sources warning the criteria to discharge a patient to the site was so restrictive it would not help NHS trusts free up beds.

Matt Hancock has rejected a call to change the law to prevent doctors being sued for “unlawful killing” if they have to stop treating some patients, writes Rob Merrick.

The move was unnecessary, the health secretary said – despite being told that medics fear being “forced into some unimaginable decisions”.

“I’m very glad to say that we are not in a position where doctors have to make those sorts of choices,” Mr Hancock said.

As the vaccination rollout gets underway across the UK, thousands of people are still catching and suffering from the effects of Covid-19, writes Olivia Petter.

A new variant of the virus was identified last year as being up to 70 per cent more contagious than the original, leading to 75 per cent more coronavirus patients in hospital now compared to the previous peak in April last year.

Now, the UK currently has the highest death rate per million people from Covid-19 of any country in the world, new data has revealed, with an average of 935 daily deaths over the last week.

But what should you do if someone you live with tests positive? And can you still take care of them while protecting yourself?

1610991029Japan suicide rates shoot up during second wave of pandemic

The second wave of Covid-19 pandemic has taken a toll on the mental health of people in Japan, with suicide rates shooting up among women and children, according to research by Tokyo and Hong Kong academics, writes Shweta Sharma.

The suicide rate shot up by 16 per cent in July-October after seeing a considerable fall during the first wave when the government offered assistance to people.

During the first wave of pandemic between February to June 2020, suicides fell to 14 per cent possibly as government offered subsidies, reduced working hours, and closed schools.

Matt Hancock has urged people to follow the lockdown rules as the vaccine programme continues to roll out.

Sticking to the regulations was the best way of helping – and the virus was now coming “under control”, the health secretary told a press briefing.

“Don’t blow it now. We are on the route out. We are protecting the most vulnerable. We are getting the virus under control,” he said.

“Together, I know that we can do it and we have got to stick at it.”

Matt Hancock is holding a press conference at Downing Street.

He says half of over-80s have been vaccinated and that in some places “the vast majority” have had their jabs.

He singles out Slough’s good work in vaccinating all care home residents.

Those over-80s who have not been vaccinated will receive their NHS for a jab within four weeks, Mr Hancock added.