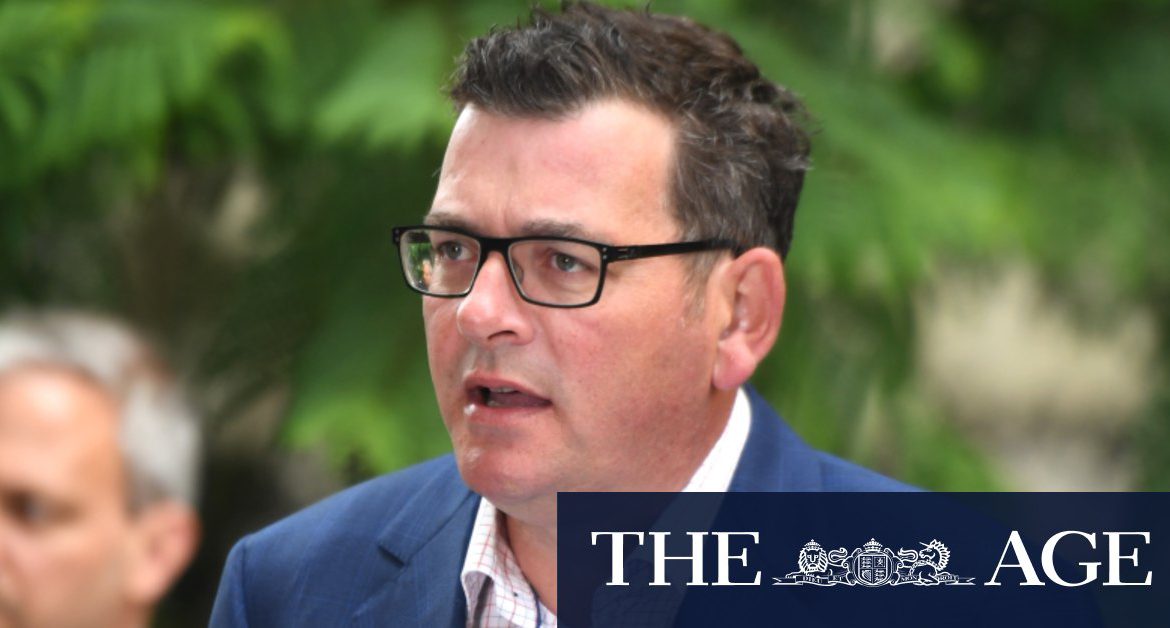 Victoria officially recorded one new coronavirus case in hotel quarantine on Friday, after more than 16,400 tests were processed across the state in the 24 hours to midnight.

Premier Daniel Andrews said he was grateful Victorians had followed the 15-people cap for the past three weeks and the “reward” was a continued run without any new locally acquired cases.

“We thank Victorians for embracing that. I know it’s been very inconvenient,” Mr Andrews said.

“It’s been a challenge for many people, but the reward is this long run of days without any community transmission, having run to ground that Black Rock cluster and having seen really significant testing numbers this couple of weeks and no additional cases for 16 days in the Victorian community.”

Mr Andrews also announced travel rules for NSW will ease from 6pm on Friday night, with all but one of the Greater Sydney local government areas that are currently red zones set to become orange.

Cumberland will remain the only local government area in Greater Sydney that is a red zone.

“That leaves just one local government area in NSW that is red,” Mr Andrews said. “That will be great news, I know, for people who are wanting to come home and, of course, those who, for whatever reason, need to travel into those communities.”

Regional NSW, with the exception of the Blue Mountains and Wollongong, will be designated a green zone. All local government areas in Greater Brisbane will also be made green zones.

He also reiterated that anyone returning to Victoria, even from a green zone, needs a travel permit.

The Premier said the meeting was also likely to discuss the rollout of the coronavirus vaccine nationally.

“The vaccine and its rollout is a key priority,” Mr Andrews said. “We did pause a few things because of the UK strain and its emergence here, particularly in hotel quarantine with that breach up in Brisbane, so we have to make some decisions today … but the item we will probably spend most time getting briefed on is the vaccine rollout and where that is up to.”

Mr Andrews said Prime Minister Scott Morrison would likely provide an update on the outcomes of the meeting later today.

Their comments come after Premier Daniel Andrews urged people not to attend a rally planned for Melbourne, as large gatherings are still banned under coronavirus rules.

Mr Andrews said now was not the time for protests. “This will be a different Australia Day; we’re in the midst of a global pandemic,” he said.

“It’s no time to be protesting, it just isn’t. We’ve built something precious and unique, Victorians have, through their sacrifice and their commitment and their compassion for each other and we have to safeguard that.”

Thousands marched through the streets of Melbourne to protest Australia Day last year, before COVID-19 took hold in the country.Credit:Chris Hopkins

On Thursday, three senior public health experts agreed that while the risk of an outbreak could not be ruled out, the danger would be minimal while there was no community transmission of COVID-19, and if precautions were taken by protesters.

“Given the direction we’re heading, with low transmission rates in the community and with high observance of appropriate precautions, the smoothest path may well be to allow protests within appropriate bounds,” University of Sydney infectious diseases expert Robert Booy said.

University of South Australia epidemiologist Adrian Esterman said: “There is risk in holding this protest, but it is quite minimal.”

La Trobe University epidemiologist Hassan Vally said: “The worst-case scenario is that there is a super-spreader in a huge crowd who could infect a lot of people that will all go back to different areas of Melbourne, and two weeks later we will have hundreds or thousands of cases. That’s our biggest fear.”

Catch all the day’s headlines

At the end of each day, we’ll send you the most important breaking news headlines, evening entertainment ideas and a long read to enjoy.  Sign up here.

Marissa Calligeros is a journalist at The Age

Don't Miss it Highlights: Dutch lawmakers back Covid-19 curfew despite criticism
Up Next How New York’s COVID-19 vaccine rollout derailed