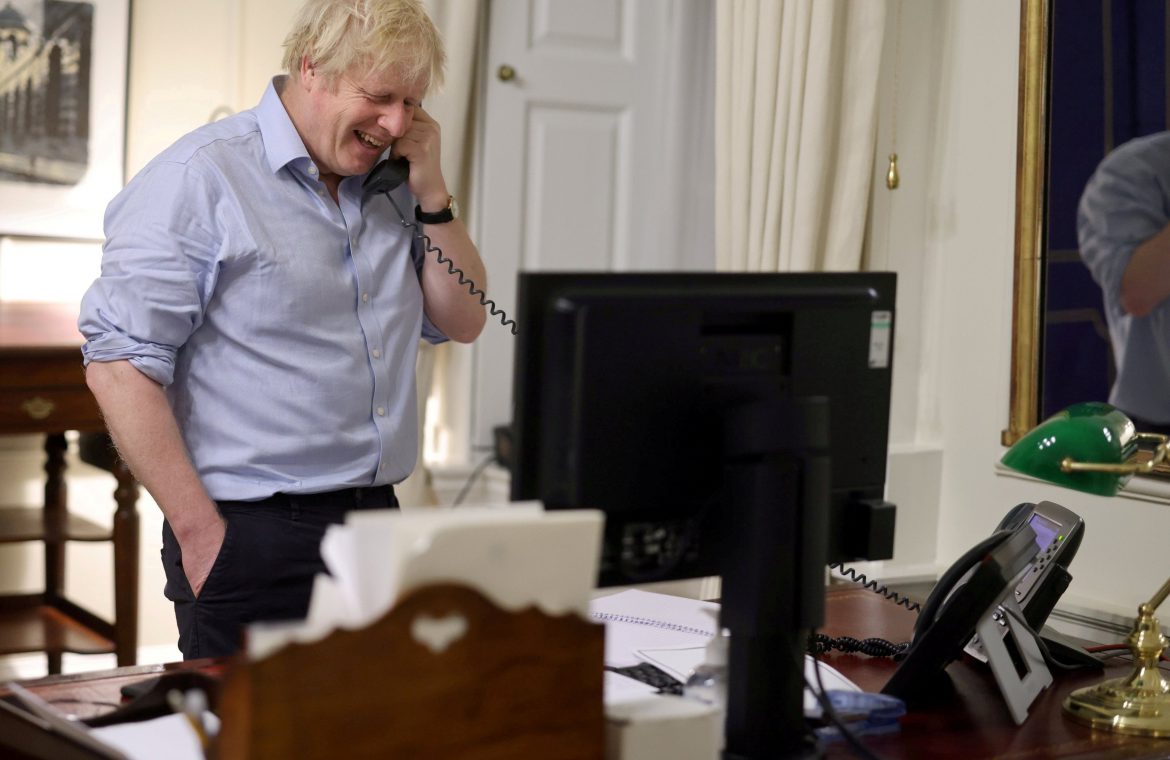 The prime minister congratulated Mr Biden during the phone call on Saturday night, No10 said in a statement.

He also raised the prospect of reaching a free trade deal between the UK and US “as soon as possible”.

Following the discussion, Mr Johnson tweeted: “Great to speak to President Joe Biden this evening. I look forward to deepening the longstanding alliance between our two countries as we drive a green and sustainable recovery from Covid-19.”

“They noted the significant challenges facing the world during the pandemic but also the unparalleled opportunities to build back better and greener together,”  a spokesperson said.

“Building on the UK and US’ long history of cooperation in security and defence, the leaders recommitted to the Nato alliance and our shared values in promoting human rights and protecting democracy.

“They also discussed the benefits of a potential free trade deal between our two countries, and the prime minister reiterated his intention to resolve existing trade issues as soon as possible.

“The leaders looked forward to meeting in person as soon as the circumstances allow, and to working together through the G7, G20 and COP 26 this year.”

According to a White House statement, Mr Biden “conveyed his intention to strengthen the special relationship” between Britain and the US, and to “revitalise transatlantic ties” including bolstering Washington’s support for Nato.

Mr Biden said he was ready to work with Mr Johnson on the upcoming G7 summit, and that the two countries should maintain “coordination on shared foreign policy priorities, including China, Iran and Russia”.

Mr Johnson has attempted to play down suggestions of a rift with the new president as a result of his close relationship with Mr Trump and his previous remarks about Barack Obama.

In recent days he has refused to comment on a description of the president as “woke” and his decision to remove a bust of Sir Winston Churchill in the Oval Office. He has previously suggested that Mr Obama’s removal of the bust in 2016 was “a snub to Britain” which might be prompted by the “part-Kenyan” president’s ancestral dislike of the empire.

Mr Biden, who once described Mr Johnson as a “physical and emotional clone of Trump”, had calls on Friday with Canadian prime minister Justin Trudeau and Mexican president Andres Manuel Lopez Obrador.

Don't Miss it Citizen journalist Zhang Zhan who reported on Wuhan coronavirus outbreak sent to jail | The World
Up Next Coronavirus vaccine rollout on schedule in Australia despite Pfizer shortages overseas, Treasurer says