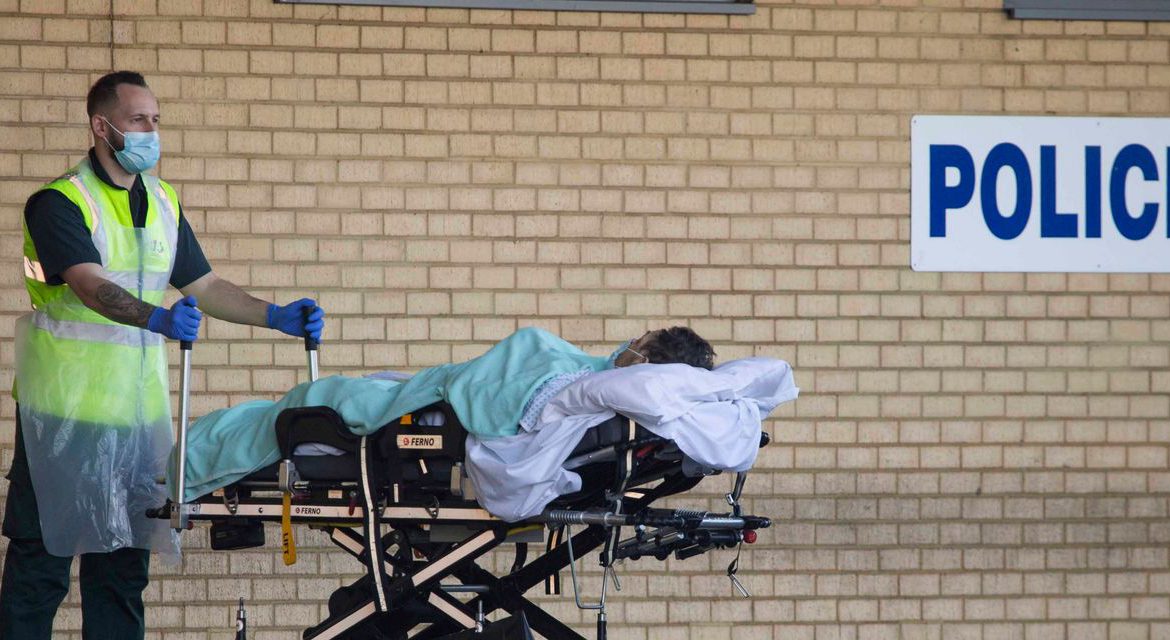 LONDON—Doctors began noticing the change last month as the U.K.’s new coronavirus variant spread. In hospital critical-care units, they were seeing more younger people and women with serious cases of Covid-19, a disease that previously inflicted its worst symptoms largely on older patients and men.

The shift—backed up now by statistical studies—is part of an urgent puzzle preoccupying British public-health officials as they race to understand a strain of the virus that is more transmissible and, some studies indicate, could be deadlier than earlier versions.

One early hypothesis, scientists say, is that one of the virus’s genetic mutations makes it better at invading a greater number of cells inside the body, leading to serious sickness in people who with previous Covid-19 variants would only have had mild or no symptoms.

David Strain, a physician and instructor at the University of Exeter’s medical school who is also treating Covid-19 patients, said initial research paints a picture of a virus variant that is like a burglar that has become better at breaking and entering—into vulnerable cells in this case, not houses.

Virologists suspect that it is a particular mutation known as N501Y on the new variant’s spike protein that has enhanced its ability to enter and infect human cells and to move more efficiently through the human body.

Some doctors, such as Dr. Strain, think that is behind the rise in younger people and women—who for most of the pandemic have become ill at lower rates—ending up in the hospital.

Some things, doctors and scientists say, don’t seem to have changed with the new variant. Once hospitalized, patients seem to have the same chance of survival as before and doctors can’t tell from symptoms which variant a patient has.

In London, the southeast and east of England, where the new variant was first identified in a test sample from Sept. 20, the mean age of patients admitted to intensive-care units fell from 61.4 years between September and the end of November to 58.9 years from Dec. 1 to Jan. 21.

The proportion of women admitted into ICUs rose from 30.1% to 35.1% in the same period. Data from the rest of the country show a similar pattern.

As new coronavirus variants sweep across the world, scientists are racing to understand how dangerous they could be. WSJ explains. Illustration: Alex Kuzoian/WSJ

Through December, the proportion of 18- to 54-year-olds admitted to English hospitals with Covid-19 also began to trend up, before a national lockdown was imposed on Jan. 4.

Not all doctors are convinced this is explained by mutations in the new variant. Some think it could also be a matter of behavior changes, with more people, especially younger ones, mixing during the holiday season and becoming infected.

Luke Allen, a local doctor in Oxford, for instance, said he has been treating more younger patients but that he is seeing more Covid-19 patients in general, and the ratio of people seems to be the same as in the first peak.

Parts of London have been hit particularly hard by the new virus variant.

He attributes the increased numbers to the greater transmissibility of the new variant and increased socializing over the holidays. “That increases the chances of their contact with us,” Dr. Allen said.

There is still considerable debate around whether the new variant is in fact deadlier, as some research suggests.

The new variant, which has become the dominant version across the U.K., is estimated to be 30% to 70% more infectious than earlier varieties. Last week, a government health advisory panel said studies suggest there was a realistic possibility that it also could be 30% to 40% deadlier than the previous variant.

The advisers say their conclusions are tentative. “Although there’s uncertainty, we can’t always wait for certainty,” said Peter Horby, chairman of the panel, the New and Emerging Respiratory Virus Threats Advisory Group, or Nervtag.

Julian Tang, a clinical virologist and professor of respiratory medicine at the University of Leicester, said more evidence was needed to prove that the new variant was deadlier, given that social mixing was allowed during the winter months, greatly accelerating hospitalization rates.

“Viruses generally mutate to be more transmissible and less lethal,” he said.

The disease caused by the variant so far doesn’t appear any different from that provoked by its ancestors, but because the virus itself is able to move around a patient’s system more easily, it can outpace the body’s immune response, doctors suspect.

“If you are getting much stronger binding you may need a lower infectious dose to become infected, which would increase the risk of transmission,” Dr. Horby said. “Then, if it’s been able to spread between cells much quicker within the lungs, then that may increase the rate of disease and the rate of inflammation which may then progress quicker than your body can respond to.”

To determine whether the new variant was deadlier, scientists looked at data from around 850,000 cases of the coronavirus tested in the community where they knew which variant of the virus each person had, including between 1,400 and 1,900 people who died.

“You have to compare people who are as similar as possible to each other,” said John Edmunds, an author of one of the studies by the London School of Hygiene & Tropical Medicine.

The researchers matched groups of people based on age, sex and ethnicity as well as income and where they lived, to reduce the effect that pressure on hospitals might have had on death rates.

Dr. Edmunds’s group found that if two similar people had the coronavirus, the one who had the new variant was around 30% more likely to have died from the disease it causes. A group from Imperial College London found a similar likelihood of mortality with the new variant compared with its ancestor. University of Exeter researchers found a 91% increase in the risk of mortality from the new variant, though that could be because the population it examined skews older, Dr. Strain said.

Another study by Public Health England put the chances of dying after infection with the new variant around 65% higher than with the old version.

The results are preliminary and because only in around 10% of all the cases in the U.K. is the virus variant known, may not be representative of the population as a whole.

Write to Joanna Sugden at joanna.sugden@wsj.com and Max Colchester at max.colchester@wsj.com