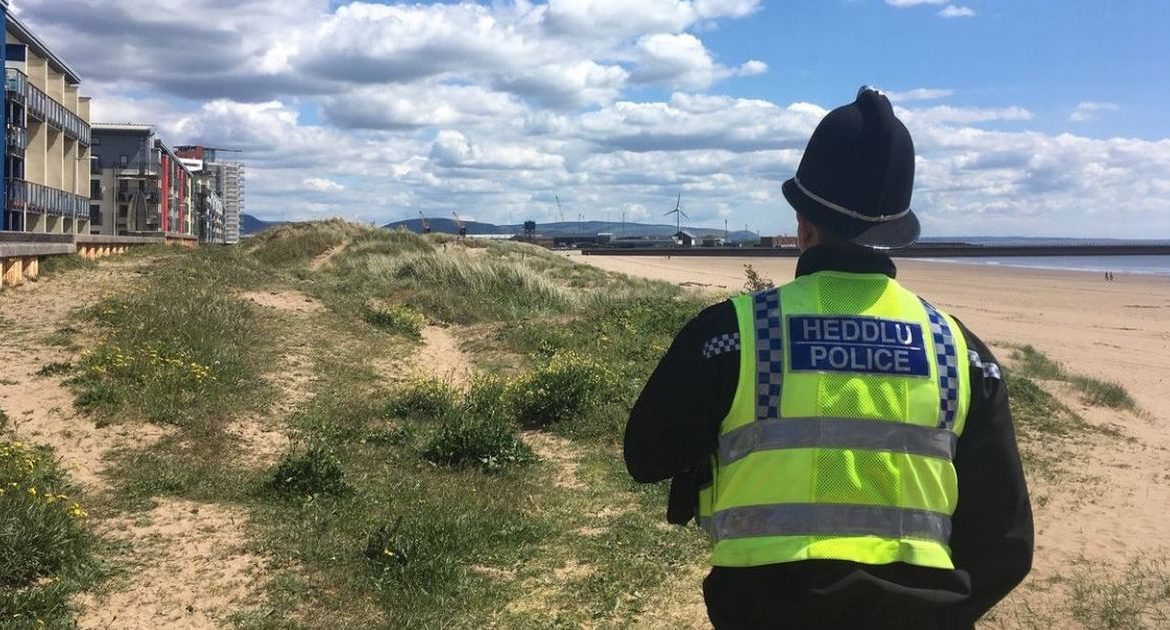 Coronavirus vaccinations were denied to police officers after what was understood to be a last-minute intervention by the Welsh Government.

One serving officer with South Wales Police, who wished to remain anonymous, said the vaccines were set to be offered to staff based in the Vale of Glamorgan last weekend.

It is understood that these vaccines were due to be given to the police officers as the batches were set to expire but that the Welsh Government intervened and insisted they be given to people in the top four priority groups as set out by the Joint Committee on Vaccination and Immunisation (JCVI).

But the u-turn upset the officer who felt they and their colleagues are at an increased risk of exposure to Covid-19.

The officer said: “I go to work daily and encounter people with symptoms and have this week been restraining people who don’t care how they act which is putting my life on the line as well as my family.”

Cardiff and the Vale University Health Board said: “Over the weekend we had a supply of vaccinations that needed to be used up due to the expiry of the batch.

“The health board proactively contacted people from the priority cohorts one to four, including the clinically vulnerable and asked them to attend the mass vaccination centre. As a result all vaccines were delivered and there was no waste and no vaccines were discarded.”

A Welsh Government spokesperson said: “Health boards are following the priority groups set out by the Joint Committee on Vaccination and Immunisation. They are responsible for operating their own reserve lists for when people cancel or cannot make an appointment at short notice, but only those in the priority groups one to four should be offered a vaccine in these situations.

“The wastage rate for both vaccines is below 0.5%, significantly lower than we would expect.”

South Wales Police said it supports the JCVI approach and recognises the importance of prioritising the vaccination of the most vulnerable groups in society.

However, it said it will “continue to explore opportunities to further protect our officers and staff given the very difficult job they face.”

A spokeswoman said: “The duties performed by South Wales Police officers, PCSOs and police staff often places them at increased risk of exposure to Covid-19, particularly where members of the public assault our staff.

“This has included incidents where offenders have deliberately spat or coughed officers. Investigating sudden or unexplained deaths is another high-risk area of policing given the continuing prevalence of Covid-19 in our communities.

“South Wales Police is committed to doing everything it can to protect our staff and we have invested significantly in enhanced personal protective equipment as well as piloting lateral flow device testing for policing.”

“Following the immunisation of those most at risk, the prioritised vaccination of police officers and operational police staff would be welcomed.

“This includes making use of the rare occasions where vaccines cannot be administered to prioritised groups and would otherwise be destroyed.”

Don't Miss it 3 Covid-19 vaccine options, 1,900 appointments open at noon today in Onondaga County
Up Next How COVID-19 vaccines were developed in record time, without compromising safety