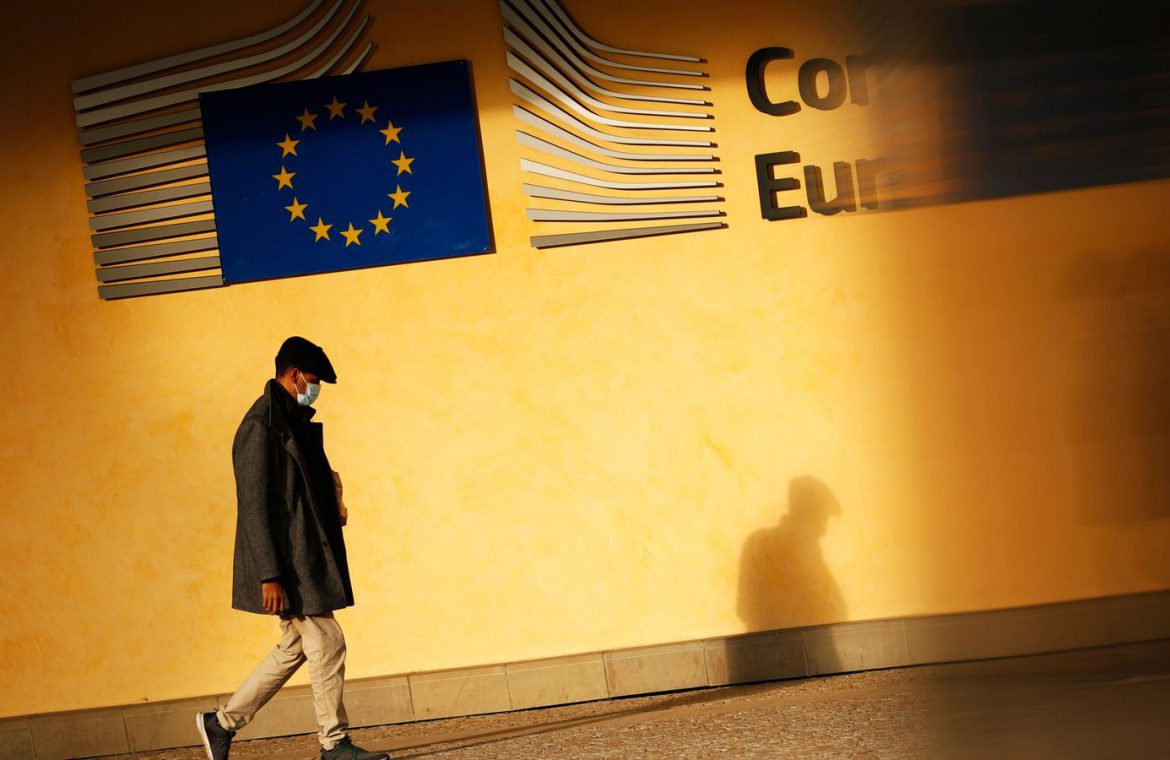 The EU has withdrawn its plan to control the export of COVID-19 vaccines into Northern Ireland following widespread condemnation.

The controversy came amid an EU row with vaccine maker AstraZeneca over delays in the delivery of doses to the 27 members of the bloc.

Many European countries have been struggling to vaccinate their populations as quickly as the UK.

Earlier on Friday, Brussels had triggered Article 16 of the Northern Ireland Protocol that forms part of the Brexit withdrawal deal.

By doing so, the EU tried to stop the unimpeded flow of coronavirus jabs from the bloc into the region.

Brussels was attempting to prevent Northern Ireland being used as a back door to move COVID vaccines from the EU into the rest of the UK.

The European Commission wants to tighten the rules on exports of the vaccine produced in EU countries.

In a statement on Friday night, it said it was seeking to “tackle the current lack of transparency of vaccine exports outside the EU” by “putting in place a measure requiring that such exports are subject to an authorisation by member states”.

But it said the EU was “not triggering the safeguard clause” to ensure the protocol is “unaffected”.

The EU bid to activate Article 16 had sparked a backlash among Northern Ireland politicians and was also criticised by Boris Johnson, with Downing Street warning Brussels not to disrupt supplies.

The prime minister said he had “grave concerns” over the EU move during a call with the president of the European Commission, Ursula von der Leyen.

“We agreed on the principle that there should not be restrictions on the export of vaccines by companies where they are fulfilling contractual responsibilities,” she said.

Arlene Foster: ‘This is an incredibly hostile act by the EU’

Earlier, Mr Johnson urged the EU to “urgently clarify its intentions” and detail how it would honour its commitments to the Northern Ireland peace process during talks with Irish premier Micheal Martin.

And a No 10 statement said: “The UK has legally-binding agreements with vaccine suppliers and it would not expect the EU, as a friend and ally, to do anything to disrupt the fulfilment of these contracts.”

Northern Ireland’s first minister, Arlene Foster, said the EU bid was an “incredible act of hostility” that placed a “hard border” between the country and the Irish Republic over the vaccine supply chain.

Mr Martin welcomed the decision not to invoke Article 16, tweeting: “This is a positive development given the many challenges we face in tackling COVID-19.”

Under the terms of the protocol, goods should be able to move freely between the EU and Northern Ireland as the region remains in the single market for goods and still operates under EU customs rules.

However, activating Article 16 meant Northern Ireland would be considered an export territory for the purposes of vaccines sent from the EU/Republic of Ireland.

This is a positive development given the many challenges we face in tackling COVID-19.

Northern Ireland’s vaccines currently arrive from the rest of the UK, so are unaffected.

The European Commission said: “To tackle the current lack of transparency of vaccine exports outside the EU, the commission is putting in place a measure requiring that such exports are subject to an authorisation by member states.

“In the process of finalisation of this measure, the commission will ensure that the Ireland /Northern Ireland Protocol is unaffected. The commission is not triggering the safeguard clause.”

An EU vaccine ban would be lose-lose situation

It added: “Should transits of vaccines and active substances toward third countries be abused to circumvent the effects of the authorisation system, the EU will consider using all the instruments at its disposal.

“In the process of finalising the document, the commission will also be fine-tuning the decision-making process under the implementing regulation.

“The final version of the implementing regulation will be published following its adoption tomorrow (Saturday).”

Earlier, the commission defended the move to trigger the safeguard clause, saying: “This is justified as a safeguard measure pursuant to Article 16… in order to avert serious societal difficulties due to a lack of supply threatening to disturb the orderly implementation of the vaccination campaigns in the member states.”

Don't Miss it US records its deadliest day of the coronavirus pandemic | ABC News
Up Next Coronavirus: Health Canada on track to approve AstraZeneca COVID-19 vaccine by mid-February