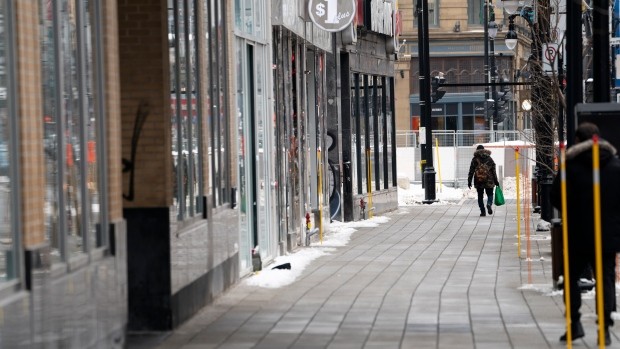 MONTREAL – Quebec residents will have to wait until Tuesday to learn of pending changes to the government’s latest COVID-19 public health protocols, the province’s premier announced as he cautioned the current rules would remain in place for at least another week.

A Saturday-morning Facebook post from Francois Legault said he intends to unveil changes to the province’s current protective measures on Tuesday at 5 p.m., adding he’s hopeful the announcement could include an easing of restrictions on retail stores and other businesses.

“I would like, if the situation permits, to be able to give some oxygen to retail stores,” the premier wrote.

The premier said the changes would come into effect after Feb. 8, the day a province-wide curfew is scheduled to end.

“This could still change for all sorts of reasons. But, for the moment, we plan to announce our decision next Tuesday at 5 p.m.,” Legault wrote, adding that would give everyone time to adjust to the new rules.

Businesses designated “non-essential” have been closed across Quebec since Dec. 25, and the province has been under an 8 p.m. to 5 a.m. curfew since Jan. 9.

Public health authorities said 14 of those deaths took place within the preceding 24 hours, with the rest taking place at an earlier date.

Health Minister Christian Dube issued a tweet describing the decline in hospitalizations as an “encouraging” sign that the province’s efforts to curb the spread of the virus have been effective.

Legault said he consulted with the province’s health minister, public health director and other officials about the pending rule changes.

“Once I have all the information and everyone’s advice, it’s up to me to make the decisions,” he wrote, adding any moves he makes are based on “what seems to be the best for the people of Quebec.”

Legault said he’s trying to make prudent decisions without being able to see the future at a time where many things remain uncertain.

“How many vaccines will we receive in the coming weeks, the coming months? Will the variants of the virus establish themselves in Quebec and lead to another wave? How much longer will Quebecers be able to endure the health restrictions?” he wrote.

Legault said earlier this week that most of the restrictions currently in place, including the provincewide curfew in effect every night between 8 p.m. and 5 a.m., will likely remain in effect after Feb. 8.

The premier has credited the curfew with contributing to a significant drop in the average number of new COVID-19 cases reported in the province.

Quebec has reported an average of 1,307 new cases of COVID-19 a day over the past seven days. It’s the lowest rolling average number of new cases since late November.

On the day the curfew went into effect, Quebec reported an average of 2,685 new cases over the preceding seven days.

The Health Department said 2,086 doses of vaccine were administered Friday for a total of 238,143. It said Quebec has received 238,100 doses of vaccine from the federal government, but was able to administer more because some vaccine vials contain an additional dose.

Quebec has reported 261,360 confirmed cases of COVID-19 and 9,763 deaths associated with the virus since the beginning of the pandemic.

This report by The Canadian Press was first published Jan. 30, 2021.