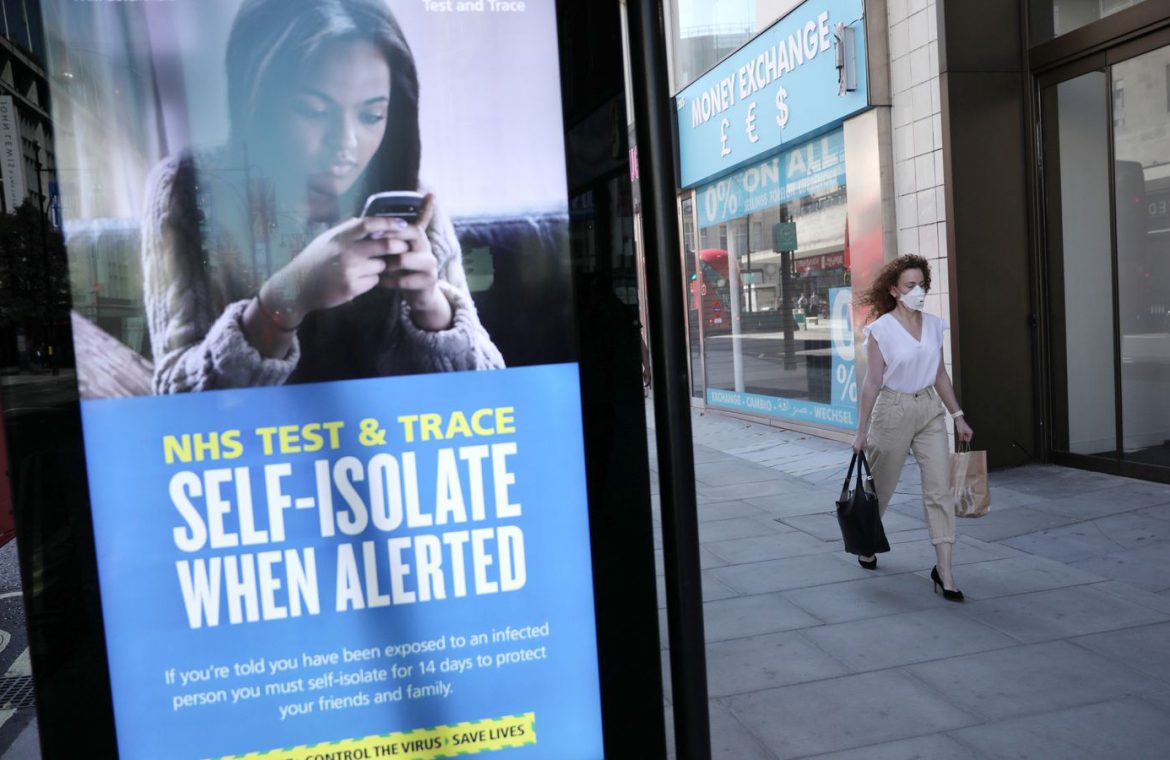 Large numbers of contact tracers have been fired without warning by Test and Trace, after a manager claimed they were told to “reduce the number of staff as the number of cases reduces”.

The contact tracers were dismissed on Wednesday with one week’s notice by Sitel, the Dutch outsourcing giant which runs a large part of Test and Trace’s call centre operation.

It is not known how many contact tracers were dismissed, but staff working for Sitel reported that whole teams of around 20 have been dismissed, while other teams have been cut in half.

There has been no official announcement of cuts at Test and Trace, which is still regarded as one of England’s key defences against the virus, despite heavy criticism of its performance.

Internal messages from one manager, seen by Sky News, said that “the client” – that is, Test and Trace – had instructed Sitel to “reduce the number of staff as the number of cases reduces”.

The message added: “At this point in time as a business we need to reduce the number of agents because we have done our jobs.”

The number of cases recorded each day, a key measure of the state of the outbreak, has fallen recently, but the total number of infections is still believed to be high. This week, the prime minister said it was “alarmingly high” and warned against lifting further restrictions.

News of the firings came as a shock to contact tracers. Two told Sky News that although they knew the work would be temporary, they were stunned to be dismissed at such short notice without being given what they regarded as a proper explanation.

“I immediately started crying. I need this job, it’s the middle of the pandemic,” said one Tier 3 contact tracer, who said they were given no reason for their dismissal beyond being told it was “not personal”. They felt, they said, as if they’d “just been fired at random”.

“I’m fuming,” said another, who had worked for Test and Trace since November and said they’d had “great feedback” on their performance. When they asked why they were being fired, they were told: “I can’t disclose that information to you.”

According to internal documents shown to Sky News, Sitel’s contact with Test and Trace was recently extended until 31 May.

On Wednesday morning, however, managers in the company were summoned to what one Sitel source described as an “emergency meeting”. After that, the firings began, and continued throughout the afternoon.

Test and Trace has recorded significantly improved figures in recent weeks. On Thursday, it claimed to have had “a record-breaking week” after reaching 93.6% of contacts, the highest percentage since the service was launched.

However, when a message celebrating this achievement was posted in the group chat, the main communication forum for the remote workforce, contact tracers said it prompted an outpouring of complaint and criticism.

One message response said: “Is this a joke?” Another said: “If everything’s going great, why are our employments being terminated with very little notice?”

Last month, officials told MPs that Test and Trace was paying £900,000 a day to consultants Deloitte. Contact tracers are paid £10 an hour and work on rolling two-week contracts.

Test and Trace has previously been criticised for being too inflexible with staffing levels. After it was launched in May, media reports found contact tracers spending all day watching Netflix while moving their mouse occasionally to make sure they were still deemed to be “working”.

A report by the National Audit Office subsequently found that contact tracers were occupied for just 1% of their contracted, paid hours between May and June, a fact it blamed on inflexible contracts with outsourcers Serco and Sitel.

In August, after the initial contracts with Serco and Sitel expired, Test and Trace reduced the number of contact tracers on the national team from 18,000 to 12,000, putting more resources into local teams. It is not known how many contact tracers are currently employed nationally.

Sitel and the Department for Health and Social Care did not respond to a request for comment.

Don't Miss it After a fake vaccination drive was used to hunt down Bin Laden, some Pakistanis are wary of COVID-19 vaccine
Up Next As Toronto’s largest shelter grapples with a COVID-19 outbreak, a resident talks about life inside and his worry for the elderly