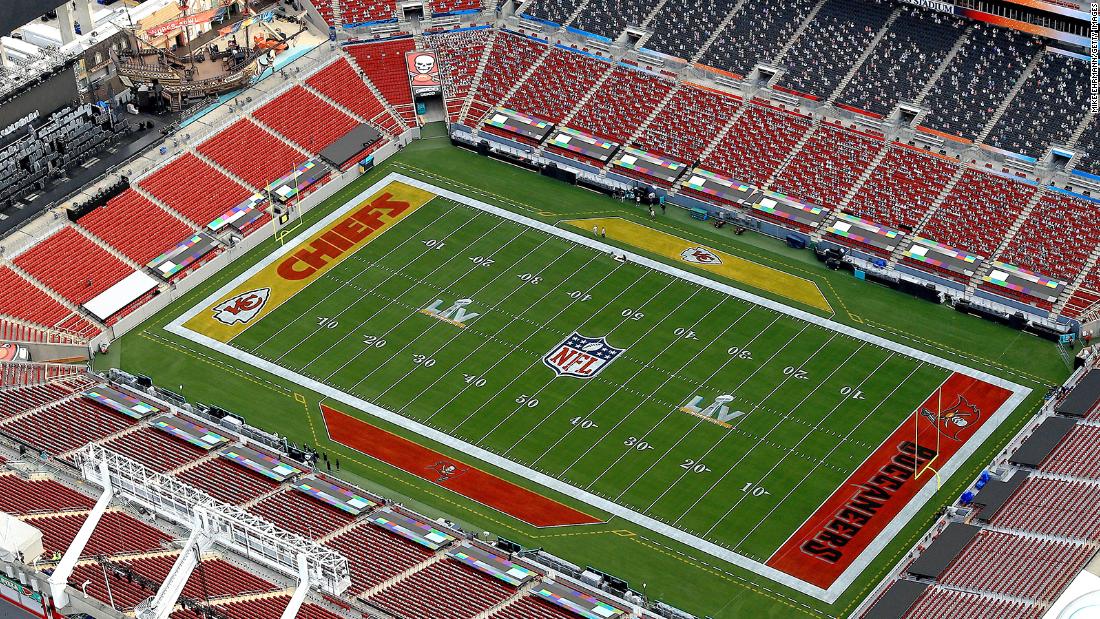 (CNN) While Covid-19 numbers are trending in the right direction across much of the US, officials nationwide warned against Super Bowl gatherings to avoid another surge of infections.

“While the instinct may be to celebrate together, we cannot get cocky,” New York Gov. Andrew Cuomo said in a statement Saturday. “We must continue doing the things we know are effective at taming the virus: wear a mask, adhere to social distancing, and avoid gatherings.”

“We can beat this thing, but we must stay smart,” he added.

The warnings came from all corners of the country ahead of the big game Sunday, with local and state leaders reminding Americans that despite the hopeful signs in declining numbers of new cases and hospitalizations, now is not the time to let their guards down.

That’s because experts have made clear that the US is still not out of the woods. Thousands of Americans continue to lose their lives to the virus every single day. And the detection of several Covid-19 variants now poses new challenges.

“When people get together in private residences in close proximity, that is one of the single most effective ways to spread this disease,” Kentucky Public Health Commissioner Dr. Steven Stack said last week. “We can’t afford to have the disease spread now, with these mutations and these variants.”

As Florida prepares to host the Super Bowl, both cases and hospitalizations across the state have been showing steady declines over the past month. Health officials reported more than 7,400 new Covid-19 cases Saturday and more than 140 new virus-related deaths.

Dr. Anthony Fauci, the nation’s top infectious disease expert, told MSNBC Friday “there will be other Super Bowls” in the future for Americans to resume their traditional celebrations.

“Enjoy the Super Bowl but don’t do it with a large crowd of people in your house, in a place where it’s cold and you don’t have good ventilation. It’s a perfect set-up to have a mini super-spreader event,” he said.

Fans walk along riverwalk in preparation for Super Bowl LV on February 6, 2021 in Tampa, Florida

Why cases may be trending down

The dip in US Covid-19 cases and hospitalizations comes after several brutal months that saw regular grim records in those numbers.

What’s likely behind the decline, according to Fauci, is that the natural course of the numbers surged after the holidays and are now stabilizing, combined with more Americans taking safety precautions.

“That’s what I think is going on: a combination of the natural peaking, as well as people doubling down on the public health measures,” Fauci told MSNBC Friday.

And while many parts of the country have loosened restrictions amid declines in their numbers, others are doubling down on safety precautions.

“The virus is really easily transmitted when you don’t have a face covering on, so when you’re indoors to eat or drink and you have to take your face covering off, that’s like the perfect environment for this virus to get transmitted,” Ferrer said.

In New Orleans, several bars were shut down after failing to comply with Covid-19 restrictions, officials said Saturday.

“Yesterday, we spoke directly to those bars who continue to break every guideline put in place by this Administration to protect our residents,” Peter Bowen, deputy chief administrative officer for the city’s Office of Business & External Services, said in a statement.

In some parts of the country, local leaders have begun to focus on improving vaccine accessibility to underserved and vulnerable communities.

In Houston, government officials called for more doses of the Covid-19 vaccine to be sent to local publicly-run hospitals that reach those communities.

“You can have the best healthcare in the world, but if people can’t access it, it’s like you don’t have it at all,” Houston Mayor Sylvester Turner said in a Saturday news conference.

Local leaders said some hospitals that are open to uninsured people are getting a smaller percentage of doses than private hospitals — but 88% of the doses they provide are to people of color.

“If you want to address the disparity, you’ve got to send the doses to the venues that are reaching those regions,” Turner said.

In the Northeast, another challenge: weather.

A massive winter storm that hit the region last week disrupted vaccine efforts in several states and on Saturday, Cuomo announced some vaccination sites in New York would suspend operations Sunday “due to the impending winter storm.”

“New Yorkers with testing or vaccination appointments at these sites will receive notification of these suspensions via text message and telephone. Appointments will be rescheduled for later in the week,” a news release from the governor’s office said.