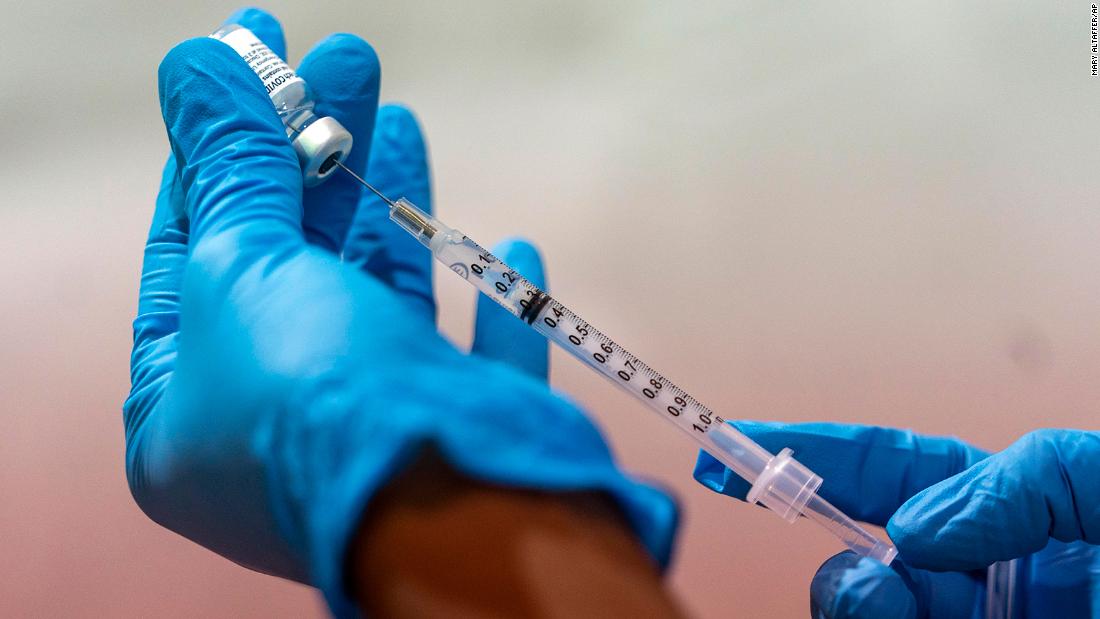 Now New York, with about 75% of hospital workers inoculated, may become the first state to offer vaccine access to people with the simultaneous presence of two or more medical conditions, no matter their age. The governor’s office listed cancer, chronic kidney disease, pulmonary disease and heart conditions as some of the comorbidities and underlying conditions that the state will use to determine eligibility for the Covid-19 vaccine.

Gov. Andrew Cuomo also said Friday that the state is now vaccinating those in the prison system along the same guidelines as the general public.

And in Texas, the Houston Health Department said Friday that it will prioritize “vulnerable populations” and “underserved communities” as it receives additional vaccine allotments.

Houston leaders said Saturday that publicly run hospitals serving the uninsured were getting a smaller percentage of vaccine doses than private hospitals.

“If you want to address the disparity, you’ve got to send the doses to the venues that are reaching those regions,” Mayor Sylvester Turner said at a news conference.

US Rep. Sheila Jackson Lee said the disparity is making it more difficult to wipe out the virus Texas.

“The state is majority Hispanic, but the largest number of people who’ve gotten vaccinated are Anglos,” Jackson Lee said.

When it comes to reaching the underserved, such as people who are homeless, those without insurance and migrant workers, local pharmacies and health centers are a better option than trying to “reinvent the wheel” with mass vaccination sites, Adm. Dr. Brett Giroir said in a radio interview aired Friday.

“I think trying to set up a big federal site in the middle of Dallas that will immunize 10,000 a day, that’s much less amenable,” the former Health and Human Services assistant secretary said on SiriusXM’s “Doctor Radio Reports.” “It’s not meeting people where they are, and it’s much less efficient than having the distributed network that we’ve already established and have been using for decades.”

As of Saturday, more than 39 million doses of Covid-19 vaccine have been administered in the United States, according to the Centers for Disease Control and Prevention. That’s more than 2 million more than reported Friday. More than 30.2 million people have received at least one dose, according to CDC data.

Variant surges are possible but not inevitable

Health experts have warned that the spread of new coronavirus variants, some of which appear to be more transmissible, could lead to them becoming predominant and spur more case surges.

But that is “not necessarily an inevitability,” Dr. Anthony Fauci told MSNBC’s “The Beat” on Friday.

One of the best ways to keep variants from spreading and to prevent more mutations, he said, was “to double down on public health measures to prevent the virus from going from one person to another: the masking, the distancing, the avoiding congregate settings.”

Another is for the public to get vaccinated as soon as possible, said Fauci, the director of the National Institute for Allergy and Infectious Diseases.

“As soon as the vaccine becomes available, please go out and get vaccinated, because the combination of vaccination and public health measures will bring the level of virus down so low you won’t give it a chance to mutate,” Fauci said.

Teachers and school staff have also been prioritized for vaccination as many states look to resume in-person instruction for the first time in nearly a year.

As of Friday, 24 states and Washington, DC, are allowing some or all of their teachers and school staff to receive coronavirus vaccines. CDC Director Rochelle Walensky has said that with proper distancing, masking and testing in place, schools could safely resume in-person classes even before teachers get vaccinated. She has said that the CDC will release official guidance on school reopenings in the coming week.

Vermont has begun to even allow sports competition to resume February 12, so long as teams have no more than two games in a seven-day period, keep a minimum of three days between competitions and bar spectators.

However, following months of remote learning, officials at the Escondido Union School District in San Diego County brought students back on campus Tuesday.

But two days later, more than 100 students and staff were ordered to quarantine due to Covid-19 infections reported across their various K – 8th grade campuses.

The fear of such transmission between students and staff has snarled negotiations in the Chicago public school system, the third largest in the country.

Now a showdown is looming between the Chicago Teachers Union and the Chicago Public Schools, after weeks of negotiations over the resumption of in-person classes.

Late Friday, Mayor Lori Lightfoot and CPS Chief Executive Officer Janice Jackson said in a letter sent to teachers that pre-K and cluster program teachers and staff without accommodation who fail to report to work Monday will be locked out of the school’s online systems.

The union, for its part, said that city leaders had “walked away from the bargain table again.”

Officials and public health experts are pleading with people to avoid Super Bowl parties on Sunday, to cut down on chances for the virus to spread.

“If there’s a lot of Super Bowl parties and a lot of superspreader events, we will start (to see) cases start to come up again,” del Rio said Saturday. “I sure hope that doesn’t happen because we really need cases to come down … so eventually mortality will also come down.

The US has not averaged fewer than 1,000 Covid-19 deaths a day across a week since early November, according to Johns Hopkins University data.

The country’s current average across a week is 3,250 deaths a day — not far from the peak average of 3,357 reached January 13, according to Johns Hopkins data.

Case and hospitalization levels, however, have been dropping recently after holiday surges.