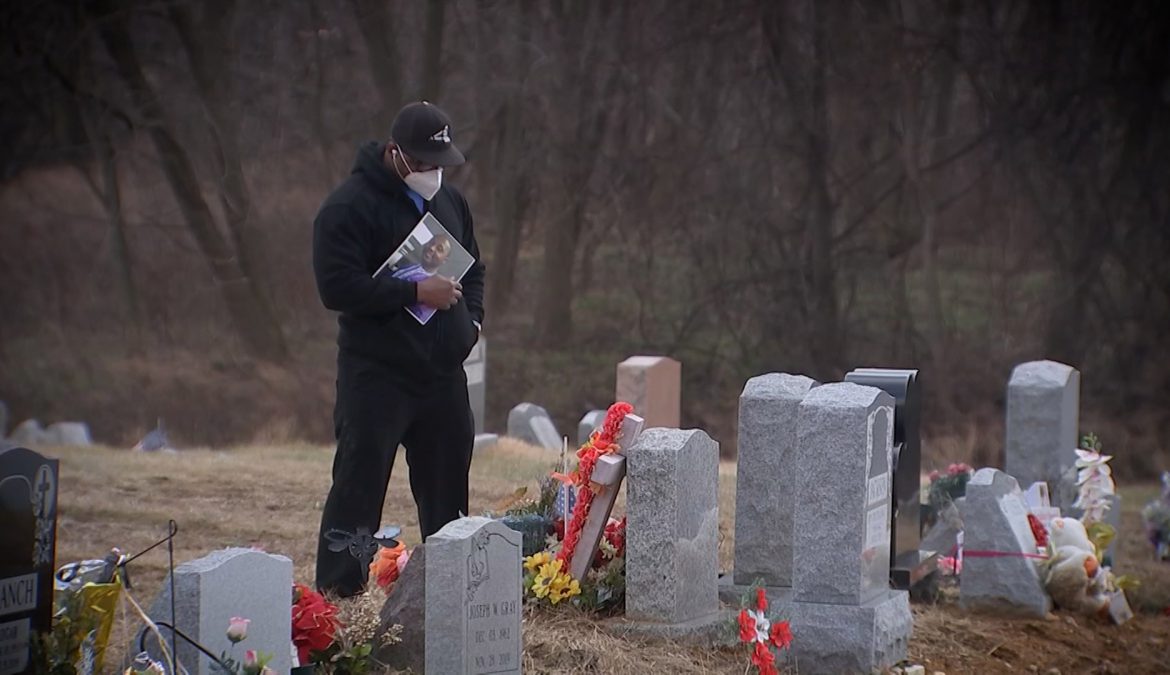 “In mid- to late March, I couldn’t get him on the phone because he was so busy,” Laval McWilliams, John’s brother, said. “Influx of people coming in. Everybody’s coming in before the country gets shut down.”

By early April, John McWilliams started feeling fatigued and sick. Within a few days, his breathing was so bad he checked himself into the hospital, his brother Laval McWilliams said.

Five Philadelphia police officers, one firefighter and one prisons worker were determined to have died from the coronavirus and contracted it at work. Their relatives will be entitled to a larger slate of benefits since their deaths were in the line of duty. But as the NBC10 Investigators’ Claudia Vargas explains, getting those benefits is not always easy.

“I know he got it at the job. I mean, where else would he be?” his brother asked, adding that during the stay-at-home orders McWilliams had nowhere to go but home and work.

McWilliams is one of at least 14 city employees who have died from COVID-19, according to an NBC10 tally from various sources.

But his death went quietly, no press release or pomp-and-circumstance funeral.

An NBC10 investigation found that the city employee deaths from COVID-19 have not been treated equally. Philly’s method for determining if an employee died as a result of their job — thereby labeling the death line-of-duty or service-related, and entitling their families to additional benefits — is an obscure process that few outside of the police and fire departments are aware exists.

And despite the city’s Health Commissioner saying there is no way to prove how a city employee contracted COVID-19, Philly’s Risk Management office has been making that determination themselves, deciding who contracted COVID-19 on the job.

Laval McWilliams visits the grave of his brother John McWilliams, a city worker who died of the coronavirus in the pandemic.

The city has so far decided that five police officers, one firefighter, and one prison worker who died of the virus contracted it at work, but rejected the claim that a fleet worker contracted COVID-19 as a result of his job. And then there are the other families, such as McWilliams’, who didn’t even know they could apply for a line-of-duty death ruling, which would in turn entitle them to health care, a lifetime pension and even funeral expenses.

“Now he dies and he doesn’t get compensated like the frontline worker that he was?” Laval McWilliams asked as he visited his brother’s grave last month. “That is so unfair.”

The city wouldn’t comment on specific cases. But the city’s Risk Manager, Barry Scott, said decisions on line-of-duty or service-related deaths are done on a case-by-case basis.

For COVID-19 deaths, Scott’s department does an investigation and comes to a conclusion based “on the best information we have.”

One family got that ruling pretty quickly.

Within six days, the city had issued a press release citing the captain’s death as line of duty. He was the fourth Philadelphia Police officer to be granted the status.

Milillo had a traditional line-of-duty funeral at the city’s Cathedral with bagpipes, gun salute, and a police escort. The Police Commissioner was in attendance.

Rocco Milillo said the captain was out in the community engaging with many people each day.

Philadelphia Police Capt. Frank Milillo in uniform. He died from the coronavirus in December 2020, and the city determined he contracted the virus on the job. This should enable his family to receive line-of-duty death benefits.

Captain Milillo never took a sick day, according to his brother. That is, until he contracted COVID-19 in November.

The virus quickly progressed from an achy feeling to being on a ventilator.

“Unfortunately, it didn’t go the way we planned,” he said.

Milillo left behind a wife and three grown children.

Rocco Milillo said that the captain’s wife is still waiting to get certain benefits.

“She’s working with the FOP, trying to straighten that stuff out,” he said, referencing the police union.

The source of infection

But to even be considered for the line-of-duty death benefits, a family must know to apply. And then, it’s a tough threshold to meet.

“Unless the injury is obvious or the death is obvious, you then have to be able to prove that the death was caused by the employment,” said Sam Pond, a Philadelphia lawyer who specializes in worker’s comp benefits and is representing the wife of a deceased city employee. “You will fight tooth and nail.”

Pond is looking into the case of a fleet management worker who died from COVID-19, but the city denied it was related to work. The worker died a few months shy of his planned retirement date.

Aaron Holliday, a labor union representative for the fleet workers, said that while there is a mask mandate at the shops, the workers are handling equipment from all city employees.

“It could be someone brought it in. It could be you came in contact with a vehicle,” Holliday said. “That’s the thing about COVID. You can contact-trace. But it’s really hard to say for certain where you got it.”

And the city’s Health Commissioner agrees.

Given that answer, the NBC10 Investigators asked to re-interview the city’s risk manager. Through a spokesman, he declined.

Holliday said he is frustrated that the city is “pinching pennies” in a seemingly arbitrary fashion.

“I think the message that basically sends the workers is ‘Yeah, we know you put in 40 years, we know you did all of that, but we’re done with you now. So now we’re going to give you as little as we legally have to,’” Holliday said.

But according to labor and employment law expert Ken Dau-Schmidt, some of those essential workers may have a solid legal argument to get the full set of line-of-duty death benefits.

“Workers who are subjected to a higher risk than the general public have a good argument for compensation,” said Dau-Schmidt, a labor and employment law professor at Indiana University.

He said people like the fleet worker or like McWilliams, who had to physically go into the airport and interact with people, fit that description.

AFSCME District Council 33, which represents the city’s blue collar workers, doesn’t have as much experience with line-of-duty deaths and benefits as the police and fire unions. But in the past year, six of their members have died of COVID-19.

Most of those workers had to work in the field and couldn’t do their jobs remotely, including a Streets Department employee and a Philadelphia Housing Authority worker. McWilliams and the fleet worker are also represented by District Council 33.

“We never had a pandemic before, so we haven’t had this many people die in the line of duty in a compressed amount of time,” said Sam Spear, the labor union’s lawyer.

Spear said that until the NBC10 Investigators raised the issue, DC33 was not aware some city workers’ families were denied line-of-duty or service-related death benefits.

“I hadn’t heard…[that] it’s not being paid to people,” Spear said. “They’re entitled and they’re going to get it. They should anyway. And if they don’t, then we’re certainly going to do something about it.”

That’s just the denials of some who applied. Laval McWilliams’ complaint is that he didn’t even know to apply, even though he is the executor of his brother’s will.

“They could have told me ‘Oh, he died from COVID and he’s an essential worker, here is what you need to do to get extra funds for him,’” McWilliams said.

But McWilliams said the family only got a small lump-sum payment that is normally given to families of city employees who died outside of and unrelated to their job.

Spear says if the city didn’t give him the opportunity to apply, he could still apply for service-related death benefits. That would give healthcare for five years to his children and lifetime pension payments.

In California and New York, recent laws have extended protections and characterized some employees’ COVID-19 deaths as automatically work-related, allowing their survivors to receive the larger line-of-duty benefits. Longer-term protections have been limited in scope to first responders and public employees. President Donald Trump signed a bill in August 2020 presuming all public safety officers’ COVID-19 deaths as line-of-duty, enabling the larger payouts.

Pennsylvania’s state legislature had a similar bill last session that would have made all first responder deaths from COVID-19 to be presumed to be work-related, allowing families to collect a state lump-sum benefit. That bill, though, did not make it out of committee.

Laval McWilliams says his brother was as equally exposed to COVID-19 at work as police and firefighters. Should any law pass, he thinks it should cover all essential workers.

“I guarantee you, if he wasn’t working as an essential worker like most of the city was, he would be alive today,” McWilliams said.