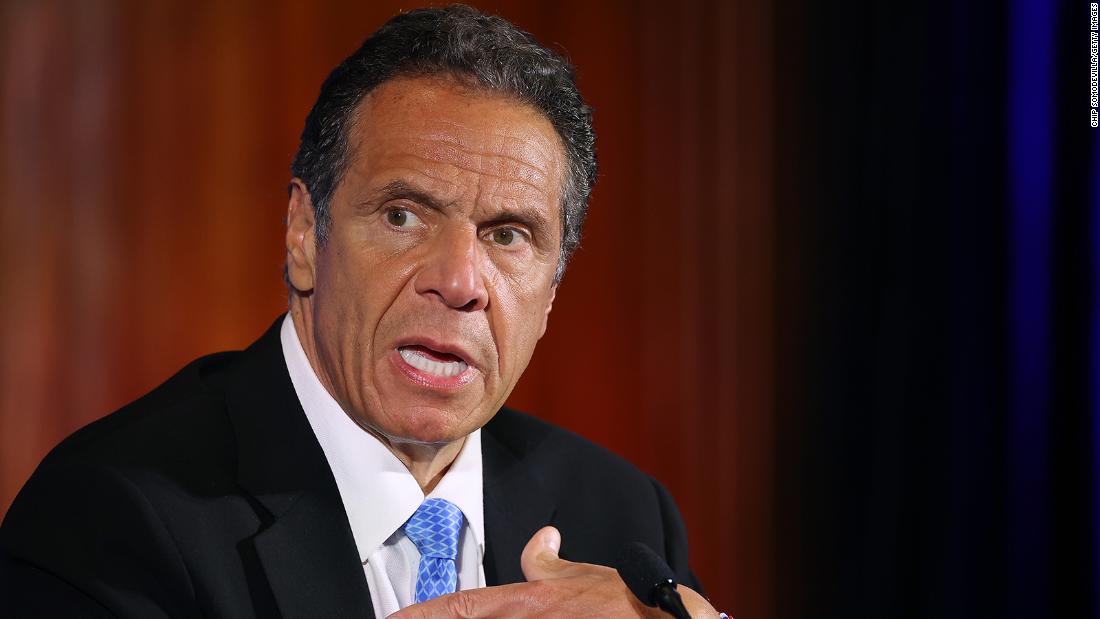 “Preliminary data obtained by [the Office of the Attorney general] suggests that many nursing home residents died from Covid-19 in hospitals after being transferred from their nursing homes, which is not reflected in [the Department of Heath’s] published total nursing home death data,” read the summary of the report.

The aide, Melissa DeRosa, sought to clarify her remarks. “I was explaining that when we received the DOJ inquiry, we needed to temporarily set aside the Legislature’s request to deal with the federal request first,” she said in a statement provided to CNN. “We informed the houses of this at the time. We were comprehensive and transparent in our responses to the DOJ, and then had to immediately focus our resources on the second wave and vaccine rollout. As I said on a call with legislators, we could not fulfill their request as quickly as anyone would have liked.”

What DeRosa is arguing is that the Cuomo administration essentially put requests from the New York state legislature for more details on nursing home deaths on hold while they dealt with requests for similar information from the Department of Justice.

But that’s not what she told Democratic lawmakers in New York on a virtual conference call on Wednesday. As CNN has reported of that conversation:

According to a source who participated in the call, “DeRosa said the administration essentially ‘froze’ because it wasn’t sure what information it was going to turn over to the DOJ, and didn’t want whatever was told the lawmakers in response to the state joint committee hearing inquiries to be used against it in any way.”

And that is a very different animal. Because the latter explanation suggests that the reason the Cuomo administration didn’t release the full details of deaths in nursing homes to state legislators is because they were concerned about how that data might be used against them, politically speaking, if it fell into the hands of the Trump administration.

Which is a very bad look — to say the least.

This is only the latest bit of evidence that suggests the Cuomo administration may not have dealt as effectively with the coronavirus pandemic as was initially believed.

Cuomo’s actions related to nursing homes have been under considerable scrutiny since May, when reports suggested that his Department of Health had blocked nursing homes from rejecting residents based solely on a confirmed or suspected diagnosis. Cuomo rejected that report, insisting he had followed federal guidance on that front. “New York followed the President’s agency’s guidance, so that de-politicizes it,” Cuomo said at the time. “What New York did was follow what the Republican administration said to do.” (Cuomo announced a new policy on May 10, saying a hospital cannot discharge a person who is Covid positive to a nursing home.)DeRosa’s comments will supercharge an already combustible situation for Cuomo as he prepares to run for reelection in 2022. In the aftermath of the report, several prominent Republicans called on Cuomo to resign.

While that won’t happen, there’s no question that the nursing home story just got worse for Cuomo. And that it now threatens what once looked like a cakewalk to a history-making fourth term next November.